Millionaire ex-Swansea City chairman sues his own solicitors over divorce

Millionaire ex-Swansea City chairman sues his own lawyers ‘after a delay in his divorce meant he had to pay his ex-wife £2.25million because the club won promotion to the Premier League’

A millionaire former football club chairman is suing his own solicitors at the High Court claiming they are the reason he paid his ex-wife £2.25million in his divorce.

Former Swansea City chief executive Huw Jenkins, 56, separated from wife Sian, 50, in early 2011 and claims law firm JCP Solicitors told him not to initiate divorce proceedings at the time because of his ‘unstable’ finances at a meeting in April 2011.

At the time Swansea were in the Championship, but they were promoted to the Premier League three months later, causing a significant upturn in Mr Jenkins finances as a major shareholder.

By the time his wife initiated divorce proceedings in 2016, Swansea were an established Premier League side and one year later Mr Jenkins was ordered to pay her a lump sum of £2.25million.

Mr Jenkins has now launched his claim against John Collins & Partners for the same amount, claiming he would not have paid that sum had he started divorce proceedings in 2011.

But the firm says it did not provide such advice and that even if it had, the divorce settlement would not necessarily have been lower. 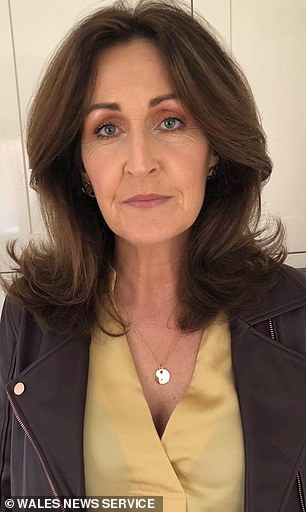 Former Swansea City chairman Huw Jenkins, pictured left, has launched legal action against his own solicitors claiming they gave him bad legal advice in 2011 which eventually led to him paying £2.25million to his ex-wife Sian, right, in their divorce

Mr Jenkins claims the solicitors should have been aware that his financial situation was likely to improve if Swansea City won promotion, with the club in a promising league position at the time.

The former chairman, who was awarded an OBE in 2015, also claims he should have been advised to start divorce proceedings before the ‘change in his circumstances’.

He became chairman of Swansea City in 2002 when the club were in the Football League’s bottom division and oversaw a complete turnaround in its fortunes by leading Swansea to the Premier League.

Mr Jenkins stood down from his role with the club earlier this year after the club was bought by two American investors.

In his legal action against JCP, Jenkins said he also transferred assets – believed to be the family home – and made regular undisclosed payments to his ex-wife.

JCP denies giving the advice to Mr Jenkins and said staff had one meeting with him that was free-of-charge and had no follow up.

The company also says it was trading under a different name in 2011 and was not incorporated as JCP until 2015, and thus the current firm cannot be held responsible for any actions taken then. 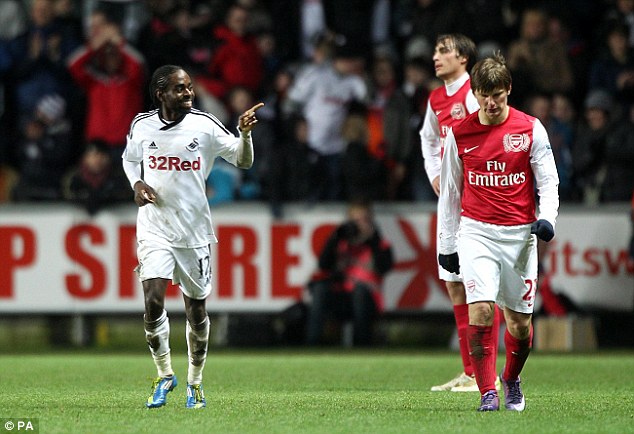 Mr Jenkins said he was advised not to start divorce proceedings in 2011 because his finances were poor but they took a significant upturn months later when Swansea were promoted to the Premier League and played against the likes of Manchester United and Liverpool. Pictured is Swansea playing Arsenal in January 2012 during the club’s first Premiership season

But Mrs Justice O’Farrell, presiding, said there was no reason to halt the case based on the company’s change of name and allowed the claim to proceed.

A spokesperson for JCP Solicitors said: ‘We are obviously disappointed that a claim, which we consider has no merit, has been allowed to continue, albeit in part.

‘Mr Jenkins didn’t follow protocol and issued proceedings out of the blue after failing to undertake even the most basic of litigation checks.’

‘The recent judgment requires Mr Jenkins to plead his case again for the parts which are allowed to proceed.

‘If and when he re-pleads in respect of those parts which are allowed to proceed, we will consider the new case and will continue to defend it vigorously.’