Tory infighting over Brexit has threatened to get worse after it emerged a serving minister described Leavers angry about the so-called divorce bill as ‘swivel-eyed’.

It was sent last month as Theresa May agreed to pay the European Union a controversial £39 billion ‘divorce bill’ as part of efforts to break a logjam in exit negotiations and begin trade talks.

Ms Perry was responding to Tory MP Ben Bradley, who said he was ‘getting some s*** from the usual subjects about sell-outs and traitors’ over the financial settlement.

Her message was obtained by The Telegraph, which claims Ms Perry replied: ‘The “sell out traitor mob” should be ignored. Listening to them means wrecking the economy in the short term and via a Corbyn government delivering a long steady slow decline for the country we love.

‘I would hypothesise that they are mostly elderly retired men who do not have mortgages, school-aged children or caring responsibilities so they represent the swivel-eyed few not the many we represent.’ 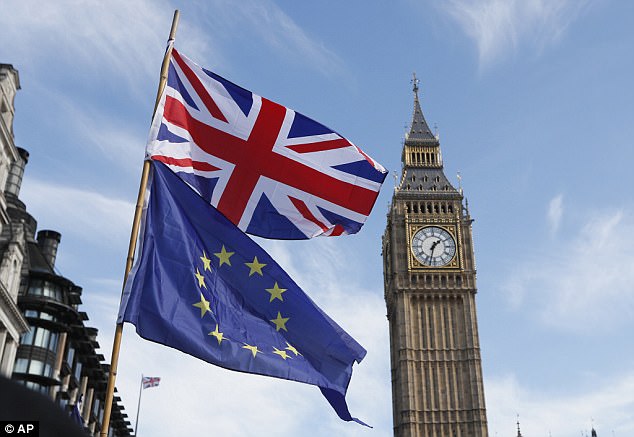 Responding to the paper’s publication of her message, Ms Perry said: ‘Passions were running high as we all worked to get the Brexit bill through and mine regrettably spilled over.

‘No excuses but my comments were aimed squarely and exclusively at those calling my hard-working colleagues “traitors” – a shocking term to describe some of the best parliamentarians I know.

‘Whether you voted Remain or Leave shouldn’t really matter now: there is now a unity of purpose in the country to support the smooth and orderly Brexit that our Prime Minister is working to deliver.

‘We have Stage 1 agreed and are moving forward to remaining terms, so let’s not get distracted.’