Missouri man, 53, charged with murdering woman who refused to perform sex act on him, was a pastor

The man charged with murdering one woman and sexually assaulting two others at a Catholic Supply store in Missouri was a pastor at a nonprofit church, a pastor at an affiliated ministry said.

Thomas Bruce, of Imperial, Missouri was arrested on Wednesday following a two-day manhunt after he allegedly shot dead a woman who refused to perform a sex act on him when he forced her into the back of the store along with two others.

Calvary Chapels are affiliated under the same ministry, Fitzgerald said.

The Missouri Secretary of State’s office also Bruce as the leader of a nonprofit church which was formed in 2003 but dissolved in 2007, CBS reported. 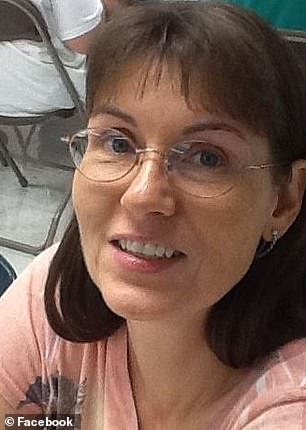 Thomas Bruce , 53, a former pastor, is accused of murdering 53-year-old Jamie Schmidt. Schmidt was one of three women forced into the back of a Catholic Supply store in St. Louis, Missouri, on Monday. She was shot dead when she refused to perform a sex act on the gunman

Fitzgerald told the St. Louis paper that he and Bruce only spoke occasionally since the church folded, but that he was shocked by the nature of the crime.

‘It was completely out of character for the Tom Bruce that I knew, completely surprising,’ he told the Post-Dispatch.

‘If it wasn’t for the amount of evidence against him I would think they’ve got the wrong guy.’

Bruce , 53, allegedly attacked the three women at the religious supplies store in Ballwin, a southwestern suburb of St. Louis, on Monday.

He allegedly entered the store at around 3.30pm, pretending to be a customer then forced Jamie Schmidt, a 53-year-old married mother-of-three, and two other women who have not been named into the back at gunpoint where he forced them to take off their clothes. 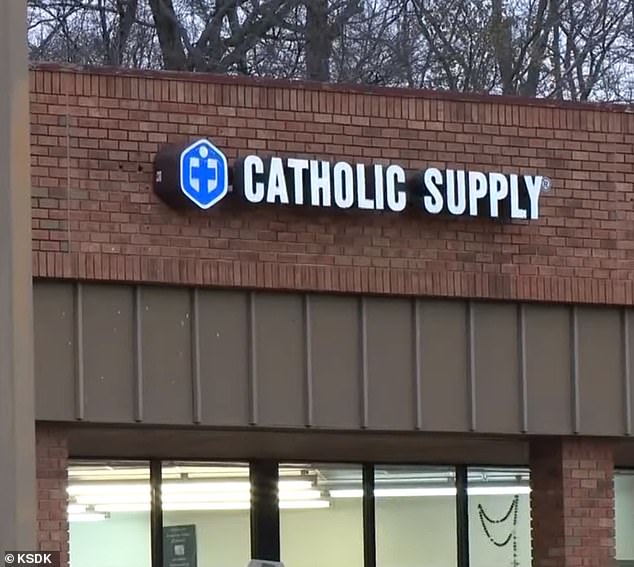 The killing happened inside this Catholic Supply store in St. Louis, Missouri, on Monday 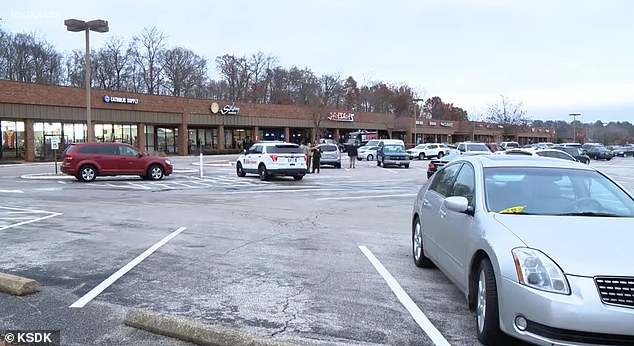 It is unclear if the two victims who survived were employees of the supply store or customers. Afterwards, the gunman fled the scene

It is unclear if the other women were employees of the store or customers.

After forcing them into the back room, Bruce is said to have ordered them to perform unspecified sexual acts and when Schmidt refused, he shot her dead.

The other two women complied.

Police would not specify what they were made to do beyond saying they were forced to ‘continue performing deviant sexual acts on him.’

Afterwards, the gunman fled the scene.

Bruce was arrested at his trailer on Wednesday after a tip from a member of the public led police to him. 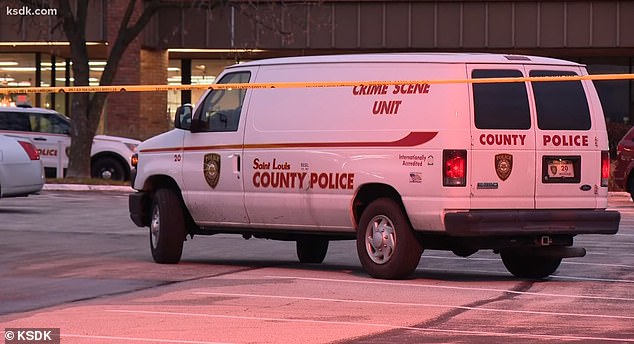 According to The St. Louis Dispatch, neighbors saw 100 police officers surround the trailer on Wednesday before he was taken into custody 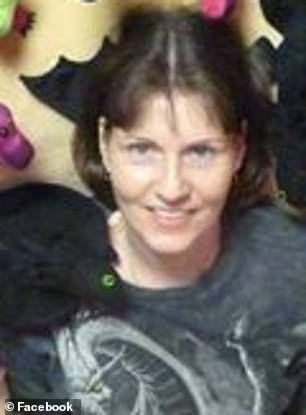 Schmidt’s husband described her as an ‘angel’. The other two women have not been named

He has been charged with 17 criminal counts including murder, kidnapping, multiple counts of sodomy, armed criminal action, burglary and tampering with evidence.

He is yet to enter a plea and he is being held without bail.

Bruce lived in the trailer with his wife Diane, according to neighbors.

He has no criminal record and police have never been called to their house before.

According to The St. Louis Dispatch, neighbors saw 100 police officers surround the trailer on Wednesday before he was taken into custody.

Schmidt’s grieving family has paid tribute to her since, describing her as an ‘angel’ who was committed to the church.

‘She was my angel, my partner, my best friend and the love of my life.

‘I’m sorry if you never got to hear her sing recently because it gave me chills,’ her husband Gregg wrote on Facebook after her death.