More than 100 dolphins die on island beach off West Africa

By Ryan Fahey For Mailonline and Associated Press

More than 100 dolphins have died after they drove themselves on to a beach on an island off the coast of West Africa on Tuesday.

Authorities in the Cape Verde islands have called on Spanish experts to help determine why the mammals beached themselves.

Local media reported that around 200 melon-headed dolphins were found on a beach on Boa Vista island on Tuesday.

Officials, residents and tourists managed to drag some of them back out to sea, but many returned. 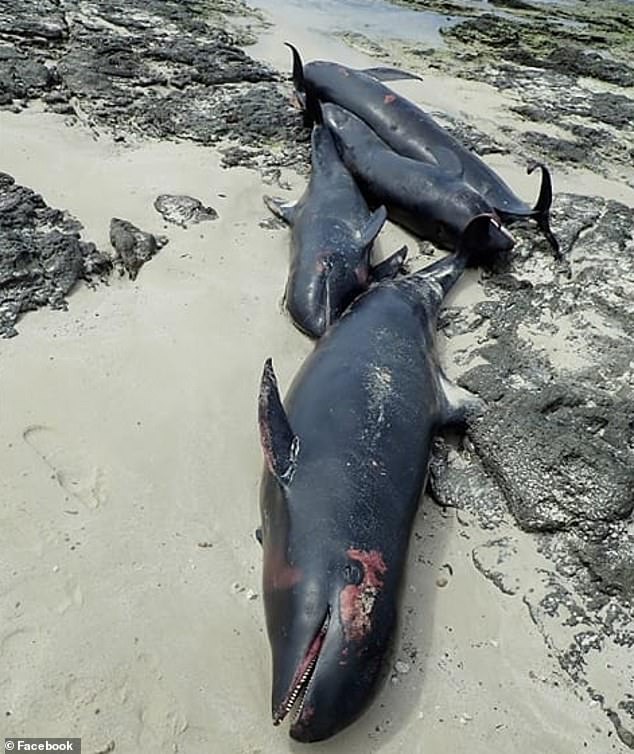 Despite the efforts of locals and scientists to save the dolphins, authorities had to bury 136of them with a bulldozer

Despite their efforts, authorities had to bury 136 dead dolphins.

Although some of the dolphins swam off and survived the mass beaching, experts fear that they may not have long left to live due to the trauma of their ordeal.

BIOS Cape Verde, a volunteer environmental association in the former Portuguese colony, said on its Facebook page Friday that it took samples from 50 dolphins and four others were placed in deep freeze by the local council.

The group said veterinarians from the University of Las Palmas in Spain’s Canary Islands are due in the coming days to perform tests. 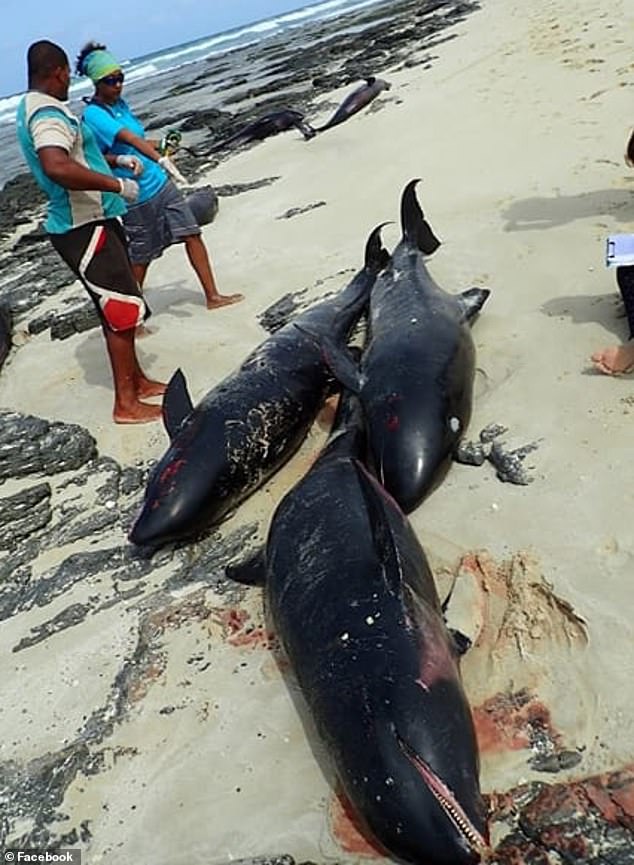 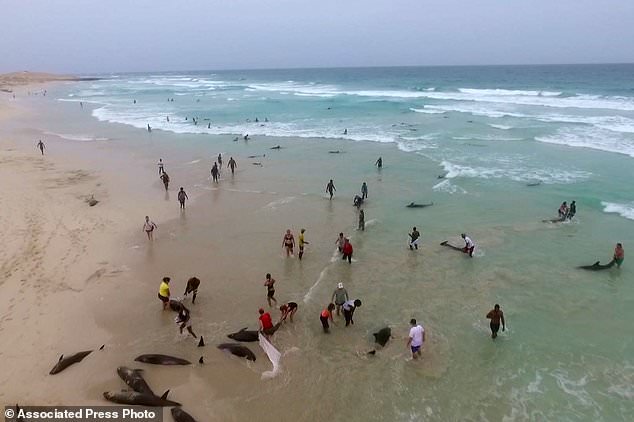 Local media report that around 200 melon-headed dolphins were found on a beach on Boa Vista island on Tuesday. Officials, residents and tourists managed to drag some of them back out to sea, but many returned 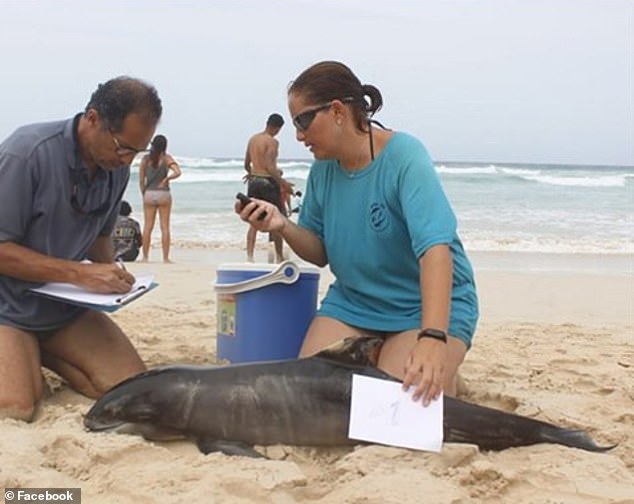 Activists warned that similar incidence have been seen in the past and called for the protection of the the diverse wildlife off the Atlantic coast of Africa.

In March it was reported that 1,100 dolphins had beached themselves on the shores of France in just three months, a 40-year record high.

Many were mutilated with injuries sustained from being trapped in fishing nets and having their fins cut off.