Moscow says it will close US embassy in St Petersburg

Moscow has said it will expel 60 diplomats and close the US consulate in St Petersburg in a tit-for-tat expulsion over the poisoning of an ex-spy in Britain.

Russian Foreign Minister Sergei Lavrov said Russia would expel the same number of diplomats from the nations that have expelled Russian diplomats over the poisoning of Sergei Skripal and his daughter in Salisbury earlier this month.

Lavrov said that Jon Huntsman, the US ambassador, had been informed of ‘retaliatory measures’ on Thursday.

Huntsman was summoned to the Foreign Ministry on Thursday, where he was given notice that Russia is responding quid pro quo to the US decision to order 60 Russian diplomats out.

‘The measures would be reciprocal,’ Lavrov later told a briefing.

‘They include expulsion of the equivalent number of diplomats and they include our decision to withdraw our agreement to allow the United States’ general consulate to operate in St. Petersburg.’

Lavrov added the same approach will be applied to other nations that expelled Russian diplomats this week.

In response, the US said there is ‘no justification’ for Russia’s move to expel diplomats and the country should not act ‘like a victim.’

Washington earlier ordered the expulsion of 60 diplomats and shut down the Russian consulate general in Seattle.

Two dozen countries, including the US, many EU nations and NATO, have ordered more than 150 Russian diplomats out this week in a show of solidarity with Britain. 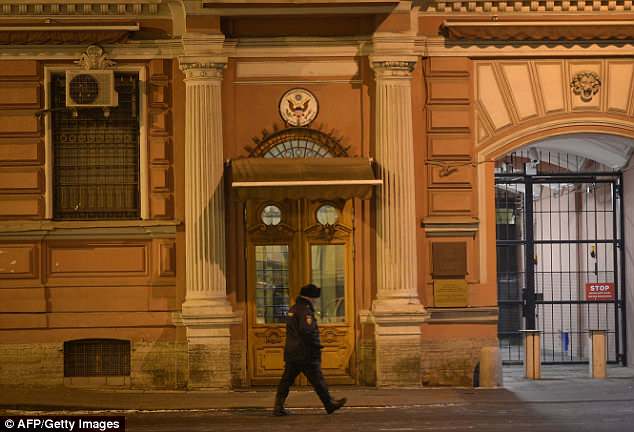 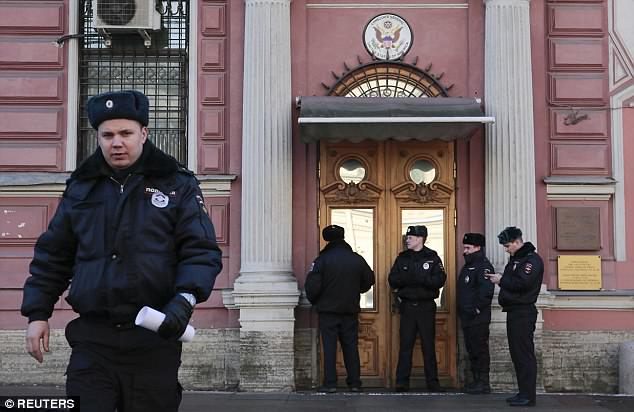 Policemen stand guard outside the building of the consulate-general of the US in St. Petersburg 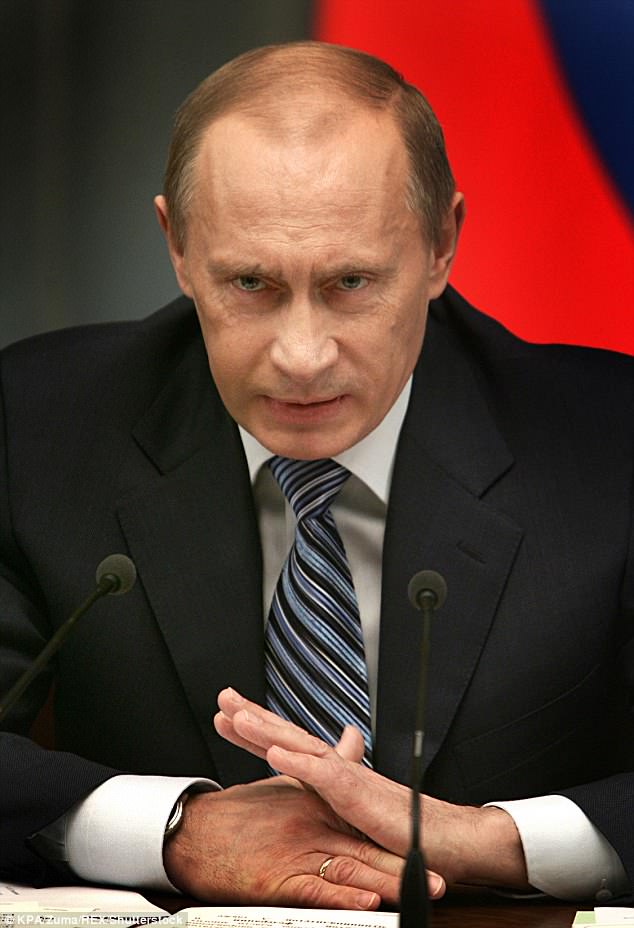 Mr Skripal, 66, and his daughter Yulia, 33, were found unconscious on a bench in Salisbury on March 4 after being poisoned with a nerve agent.

On Thursday, health officials said Yulia has responded well to treatment and is now in a stable condition. Her father remains in critical condition.

Salisbury NHS Trust, which oversees the hospital where the pair are being treated, said she is ‘improving rapidly and is no longer in a critical condition. Her condition is now stable.’ 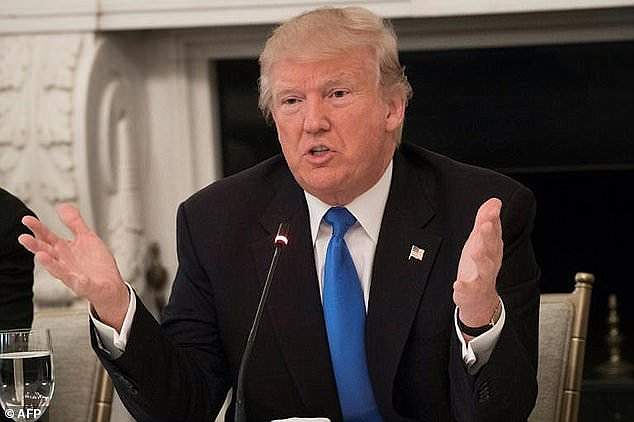 Washington earlier ordered the expulsion of 60 diplomats and shut down the Russian consulate general in Seattle. Pictured, US President Donald Trump 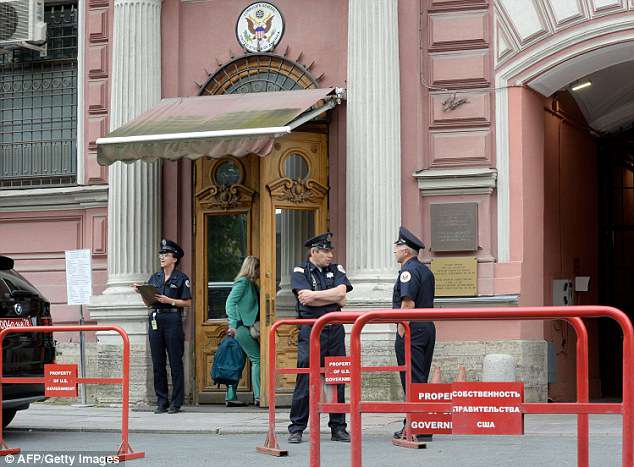 Britain has accused Russia of involvement, saying the Skripals were poisoned with the Soviet-designed nerve agent called Novichok.

Moscow denies involvement in the attack, which has sparked a diplomatic crisis between Russia and the West.

Russia’s Foreign Ministry said Britain, the US, the Czech Republic and Sweden have all have researched the nerve agent that British authorities say was used to poison the Skripals.

The ministry’s spokeswoman, Maria Zakharova, said Thursday that the Western research into the class of nerve agent – called Novichok – was reflected in numerous open source documents of NATO members.

Britain and its allies have dismissed previous Moscow’s claims that they possessed that type of nerve agent.

Zakharova accused London of failing to provide evidence and stonewalling Russian demands for access to materials in the probe.