A mum who ordered a pair of shoes from an online retailer was horrified after seeing her five-year-old son with a knife he found in a package she ordered online.

As she went to try them on, she noticed her son Reegan standing in her hallway holding a steak knife.

Mrs Wooller said: ‘My five-year-old was down by the box and said “look” and I turned around and he had a knife in his hands. 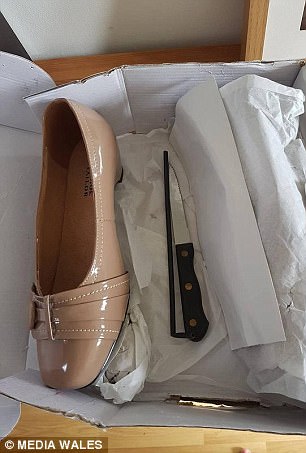 Sharon Wooller, 45, from Blackwood, was horrified to see her son Reegan holding a steak knife that was sent in a package from Crazy Clearance

‘It wasn’t visible inside the box, it must have been wrapped up inside the tissue paper.’

While she said she was able to quickly take the knife from her son’s hands, she said the situation could easily have ended differently.

She added: ‘Thankfully I managed to catch him before he did anything with it but it could have been quite nasty.

‘I’m just thankful I could deal with it straight away but it could have been different if I was distracted.

‘I always make sure there are no sharp knives around.’

Mrs Wooller, who has shopped through JD Williams companies for the last 20 years, said she was also left concerned by their response.

When she complained she was told she could keep the shoes for free with a £20 gift voucher in response to the incident. 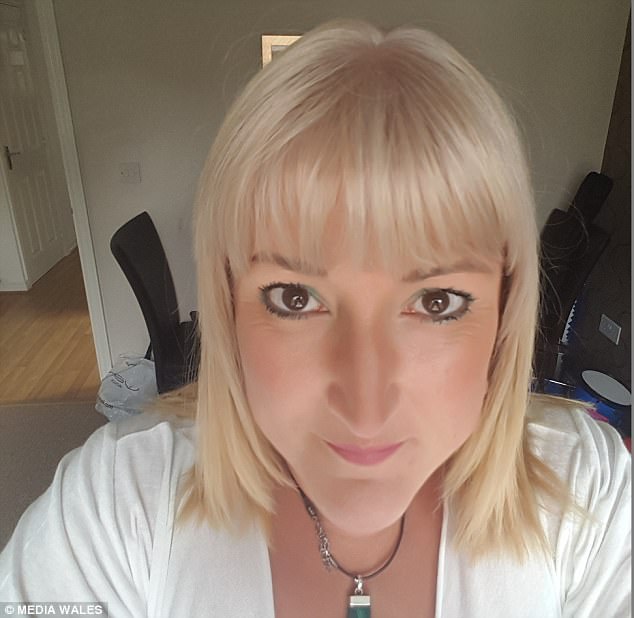 Mrs Wooller said the business’ handling of her complain was ‘a bit of an insult’, after they allowed her to keep the shows for free and sent her a £20 gift card

She said: ‘You find a really sharp knife in your shoes and to say you can keep the shoes is a bit of an insult.

‘I don’t think giving me a £10 pair of shoes cuts it. They have just been very blasé about it.’

A spokeswoman for Crazy Clearance apologised for the incident and said an investigation is ongoing.

She said: ‘We would like to pass on our apologies to Ms Wooller. We despatch millions of parcels a year and have stringent policies in place to ensure that this sort of thing doesn’t happen.

‘It is the only complaint we have had of this nature and we are carrying out a full investigation to ensure it doesn’t happen again.’