Mother of five, 35, tells how her husband raped her every week for ten years

A mother of five has revealed how her husband raped her every week for a decade – even in front of their children.

Jane Hanmore, 35, of Poole, Dorset, was sexually and physically assaulted by Brian Hanmore, 40. In January 2018, Hanmore was convicted of rape and caged for 10 years.

Jane, a health care assistant, says: ‘I’m speaking out to show others that you can rebuild your life after abuse. It’s never too late to escape and get justice.’

She met Hanmore in 2001, but within a year, he was mentally abusing her, calling her ‘fat’ and ‘lazy’.

‘When our son was five months old, he raped me for the first time when I refused to have sex with him,’ she said. ‘Afterwards, I felt ashamed and disgusting.

‘I could never escape. One day the children walked into the kitchen as Brian was raping me while I stood at the sink and when they asked why I was crying, I lied and said I’d cut my finger.

‘Then I told them to go back into the living room as he carried on.

‘I was too scared to tell anyone, and Brian made me feel that no one would believe me.’

In 2010, the couple married, but two years later in January 2012, Jane decided to leave Hanmore – although he was still living at the house to keep up pretences for the children. 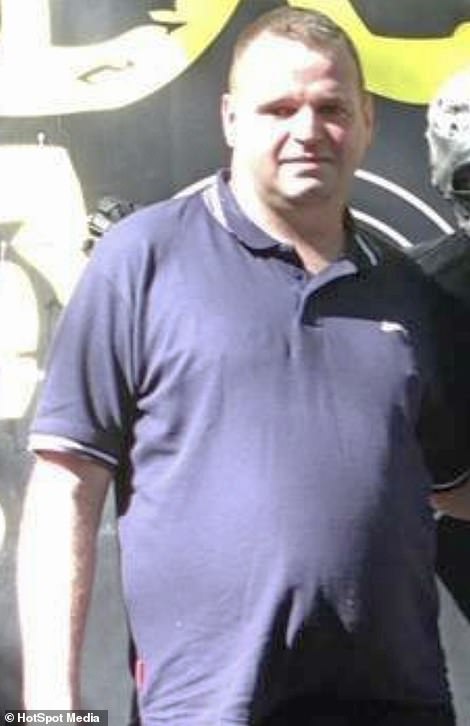 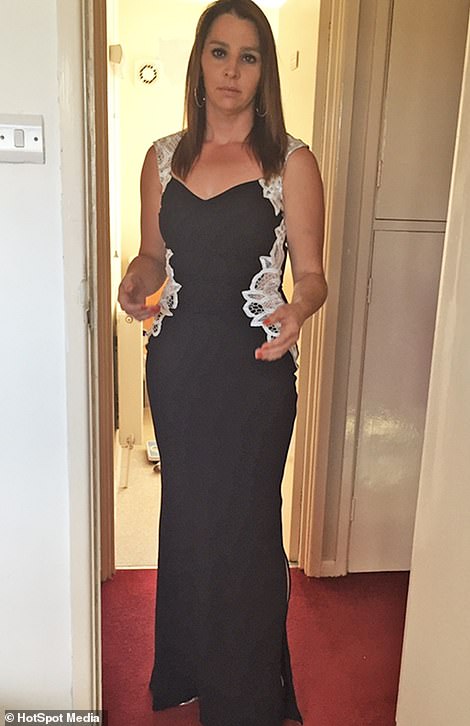 Hanmore (pictured, left) raped is wife (right) every week for 10 years, calling her fat and lazy and even sexually assaulting her in front of her children

Finally, in April 2012, he moved out, but he refused to leave Jane alone, even breaking into her house and constantly calling her.

In 2013, Jane got a non-molestation order against her husband. But he continuously breached it, even attacking her. 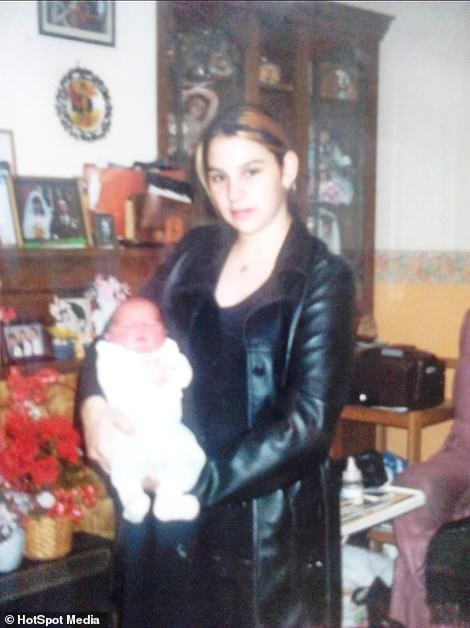 ‘One day Brian walked into my house and refused to leave,’ she said.

‘He threw me to the ground, strangled me then dragged me into the living room by my hair.

‘Luckily, two of my sons who were 12 and 14, heard my screams and rushed to my rescue.

‘One called the police. They helped me get him out and lock the front door.’

Afterwards Hanmore was arrested and in January 2014, he pleaded guilty to breaching a non-molestation order and assault by beating.

Jane says: ‘He still refused to leave me alone. And after the order lapsed in August 2014, he called me dozens of times a day and texted me, begging me to take him back.’

It was then that she made a statement to police about the rapes, leading officers to arrest and charge Hanmore.

Brian Hanmore, of Poole, pleaded guilty to five counts of rape at Bournemouth Crown Court and was jailed for 10 years.

Jane says: ‘I’m relieved that I’m safe from Brian’s clutches, but I wish he’d been jailed for longer. I am still rebuilding my life.

‘Please speak out if you’re being abused – these men need to be exposed to the world for the monsters they truly are.’ 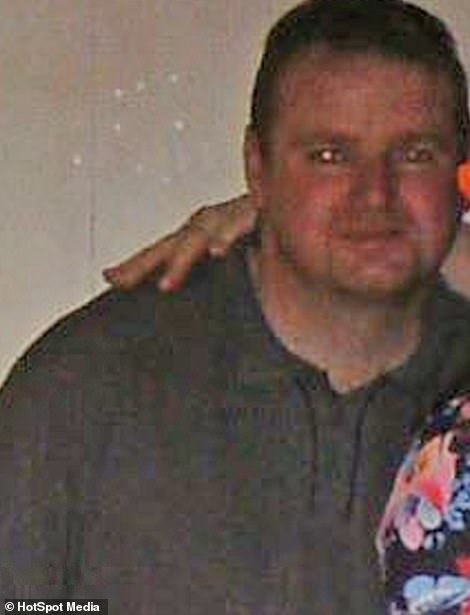 Jane Hanmore (pictured, left) has revealed that her husband (pictured, right) raped her weekly for 10 years before she kicked him out after her son bravely called the police

Brian Hanmore treated the vicious attacks he unleashed on his wife over the course of 10 years as a ‘game’, a court heard when he was jailed.

The abuser admitted five counts of rape at Bournemouth Crown Court in January 2014.

Jurors heard he abused his victim so badly that she bled.

He placed his hands around her throat and pulled her hair while also verbally abusing her during the vile assaults, Metro reported at the time.

The rapist donned a blue Jack Wills hoodie while the details of his horrendous crimes were read to the court.

His defence lawyer, Richard Tutt, insisted that the warehouse worker was ‘truly ashamed’ of what he had done as he said that Hanmore’s first day of serving a custodial sentence would be his birthday.

Hamore placed his hands over his mouth as he sat and listened to the horrific details of the rapes he had committed.

Judge Jonathan Fuller QC said that the humiliation Hanmore had inflicted during his campaign of abuse was ‘exceptional’.

The attacker pleaded guilty to five counts, some of which were charges encompassing multiple assaults. He denied a sixth and the judge ordered it to lie on file as he sent him down for 10 years.

At the time, his victim told the Bournemouth Echo that Hanmore was a ‘monster’, adding: ‘It’s not just me that’s been affected, it’s my family too, and especially my children. I’m glad justice has been done.

‘I’m frightened to think he could be out in five years, but I want everyone to know who he is so he can never do this to anyone else. He is a monster and will go to any extreme measure to make someone hurt.’

She refused to attend his sentencing, saying that the predator would see it as a ‘victory’ if she turned up to see him being sent down.