The mother of a British woman jailed in Egypt for smuggling in painkillers looked like a ‘corpse with make-up on’ when she was seen for the first time in six months this week.

Laura Plummer, 33, from Humberside, was sentenced to three years inside the notorious Al Qanater prison, in Cairo after 290 tramadol tablets were found in her suitcase.

Tramadol, one of the strongest painkillers, is legal on prescription in the UK, but cannot be taken into Egypt without permission and it can be used by addicts as a heroin substitute.

This week Laura was seen for the first time since her arrest on October 9 and was shown sitting in the front row of a makeshift church during Easter mass.

Her bereft mother Roberta Synclair said today: ‘She looks like a corpse with make-up on. She’s dead. You can see it in her eyes. There’s nothing left of her — no sparkle, nothing’. 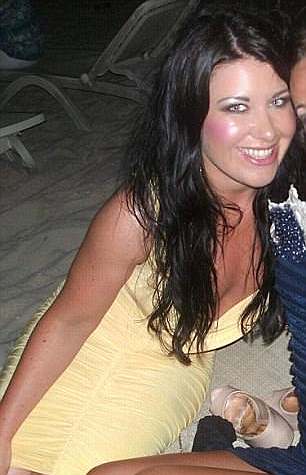 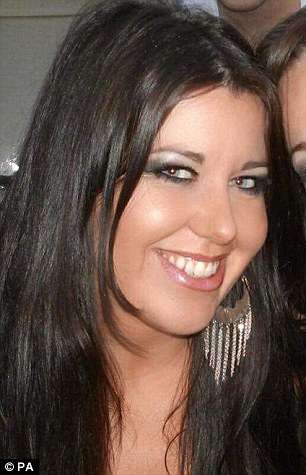 Ms Plummer looks drastically different with lighter hair, as her devastated family have said she no longer bears any resemblance to who she used to be 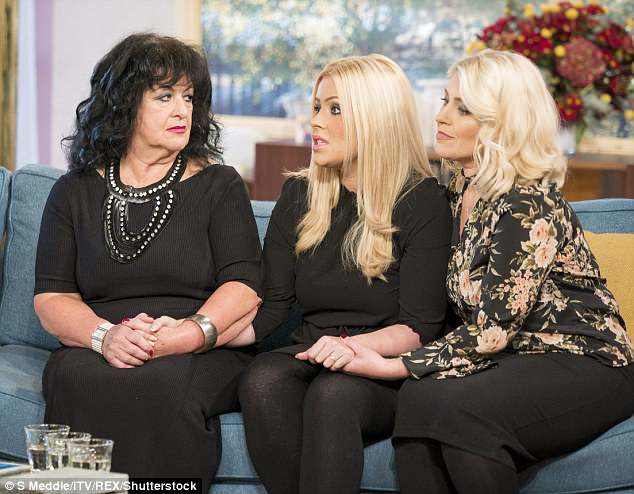 She added in an interview with The Sun: ‘She’s shock-white and her face is all puffy from crying. It’s destroying me to see her like this. I’m dying inside and we, her family, are serving the sentence with her’. 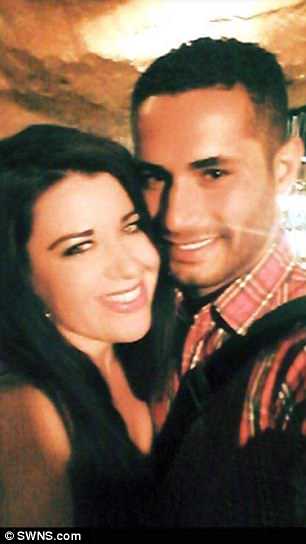 Speaking to the Mail after Ms Plummer was jailed, her boyfriend, Mr Saad, said he felt responsible for her plight

Miss Plummer, from Hull, was arrested last October and on Boxing Day she was jailed for three years and fined her 100,000 Egyptian pounds (£4,205) for the possession of tramadol.

She was originally charged with smuggling – which carries the death penalty – but the charge was later dropped.

She has always maintained that the medicine was for her Egyptian partner Omar Caboo, who has severe back pain, and that she was unaware it was illegal to carry the drugs in the country.

The minute-long video marks the first time Miss Plummer, a shop worker, has been seen since her arrest on the Red Sea coast.

She is shown sat with her hands in lap, nervously rubbing her fingers, wearing a white prison-issue jilbab.

Miss Plummer remains looking ahead for the duration of the clip, with inmates around her appearing glum.

Her hair has been dyed blonde at the ends, with previous images showing her as a brunette. 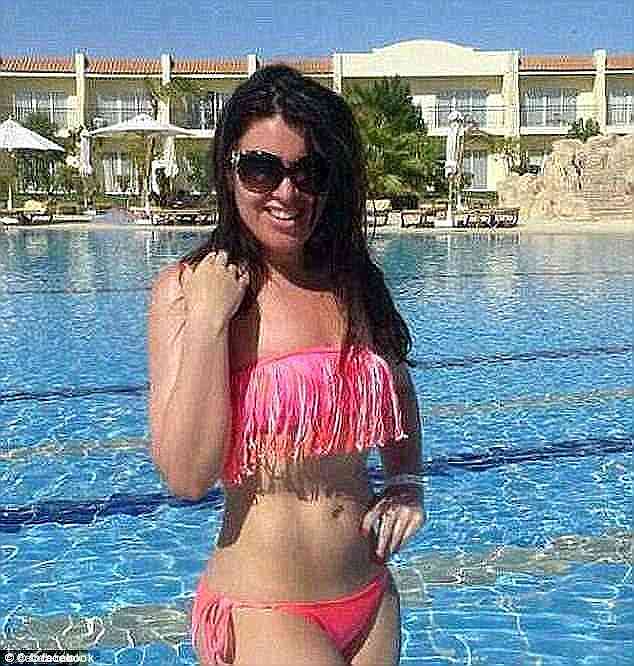 Ms Synclair added: ‘We’ve obviously been out to see her regularly but she isn’t the same woman who left for a two week holiday in the sun’

She also appears to be wearing eye make-up and hanging feathered earrings.

Miss Plummer is almost unrecognisable from the images prior to her arrest – showing her enjoying time with her friends. 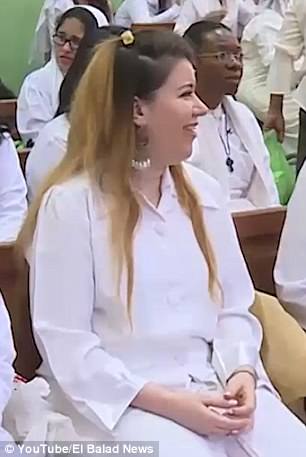 It’s the first time the shop worker, from Hull, has been pictured since her arrest on October 9

Her sister, Jayne Synclair, told The Sun: ‘It’s so hard to see her like this.’

The 40-year-old florist added: ‘We’ve obviously been out to see her regularly but she isn’t the same woman who left for a two week holiday in the sun.

‘She doesn’t bear any resemblance to her. My mum is in bits and has complained to the Foreign Office.

‘There doesn’t seem to be any urgency to review her case and it just feels like there’s one thing after another.’

Her family have previously spoken of their shock at the prison sentence, insisting Miss Plummer was ‘naïve’ and ‘draft’ but not a drugs trafficker.

Following her sentencing, Miss Plummer is said to have told her mother Roberta Synclair: ‘I thought I was going to be freed – I thought this was the end. Everyone was saying how strong my case was and that it was only a matter of time.

‘How can this be happening? I can’t do three years here. I’m so frightened, I haven’t done anything wrong.’ 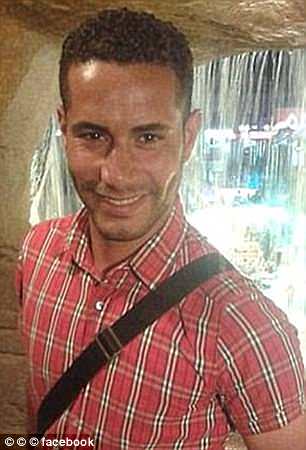 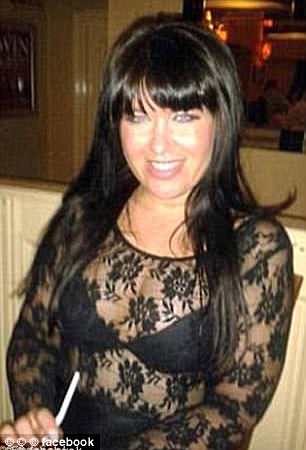 Her family have maintained that she was taking the painkiller – which is legal in the UK but banned in Egypt – for her partner Omar Saad (left), who suffers from back pain

Miss Plummer was pardoned in January this year, but still has not been released.

Following a visit to her daughter at the end of last year, her mother claimed Miss Plummer was expected to live on bread and water and had been clutching a ‘bunny rabbit teddy bear’ to help her through her ordeal.

‘It’s been terrible for her,’ said Miss Synclair. ‘She hasn’t seen daylight for three months, causing her to break out into a rash.’

She added the rabbit was one of hundreds of gifts and letters from well-wishers that have flooded in from her home city and around the world, giving her a ‘lifeline’.

‘I’m so frightened for her. We are hoping for a miracle.

‘She was devastated when I saw her, but I’m so proud of her. I kept saying, “You’ve already done three months – if you can do that you can do anything”.

‘She kept saying “I can’t, I can’t”, but she seems to have pulled herself together a bit more now.’

Tramadol, one of the strongest painkillers, is legal on prescription in the UK, but cannot be taken into Egypt without permission.

It can be used by addicts as a heroin substitute. 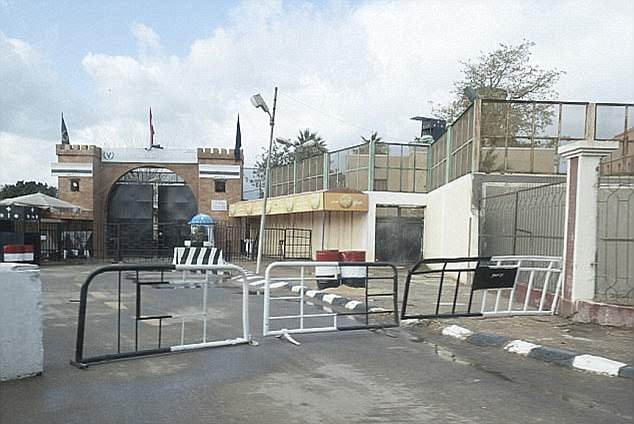 Al-Qanatir prison, on the outskirts of Cairo in Egypt, where Miss Plummer has been held. A senior prison official previously insisted she receives ‘excellent’ treatment 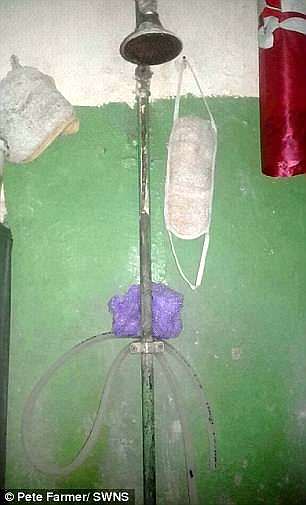 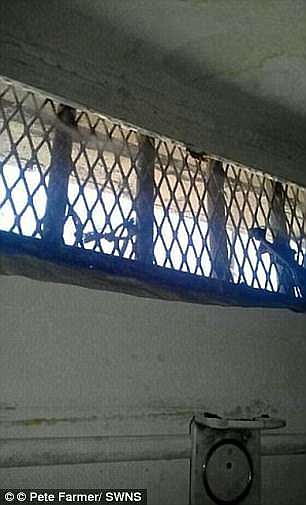 How did Laura Plummer end up in an Egyptian jail?

October 9, 2017: Laura Plummer is arrested at Egyptian airport after she is found in possession of 290 banned painkillers

October 10: She sends desperate text to her father saying ‘Dad, please answer your phone, I am in trouble’

November 4: Her family visit her from the UK for the first time in an Egyptian holding cell

November 21: Foreign Secretary Boris Johnson attempts to intervene in the case but Ms Plummer’s lawyer says it is pointless

December 26: Ms Plummer is jailed for three years following a trial in an Egyptian courthouse

January 9, 2018: She is moved to a crowded Cairo prison, where conditions are said to be ‘horrendous’

January 10: Humberside Police back in England reveal a review into how Ms Plummer obtained the painkillers

January 29: The pardon is inexplicably withdrawn, with the Foreign Office claiming ‘a mistake’ was made 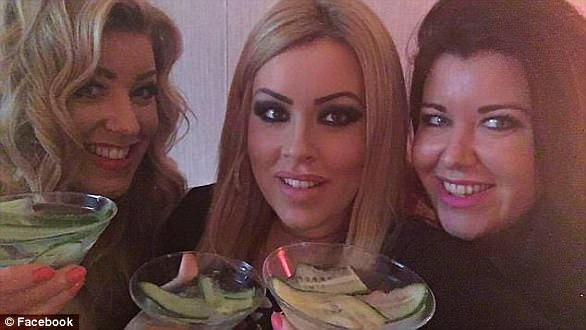