Mother-of-two, 26, with size H chest asks strangers for £10,000 for private breast reduction surgery after she was turned away by the NHS

A mother-of-two with a size H chest has asked strangers to help her raise £10,000 for private breast reduction surgery after she was turned away by the NHS.

Kelly Michaud, from Harrogate, Yorkshire, has set up a Go Fund Me page in a bid to raise money for the surgery after suffering from back pain and breast sores since her teens.

The 26-year-old has been rejected for the operation several times by doctors and even her local Clinical Commissioning Group turned down her plea.

Despite several pleas to doctors and her local Clinical Commissioning Group, every appeal she has made has been rejected 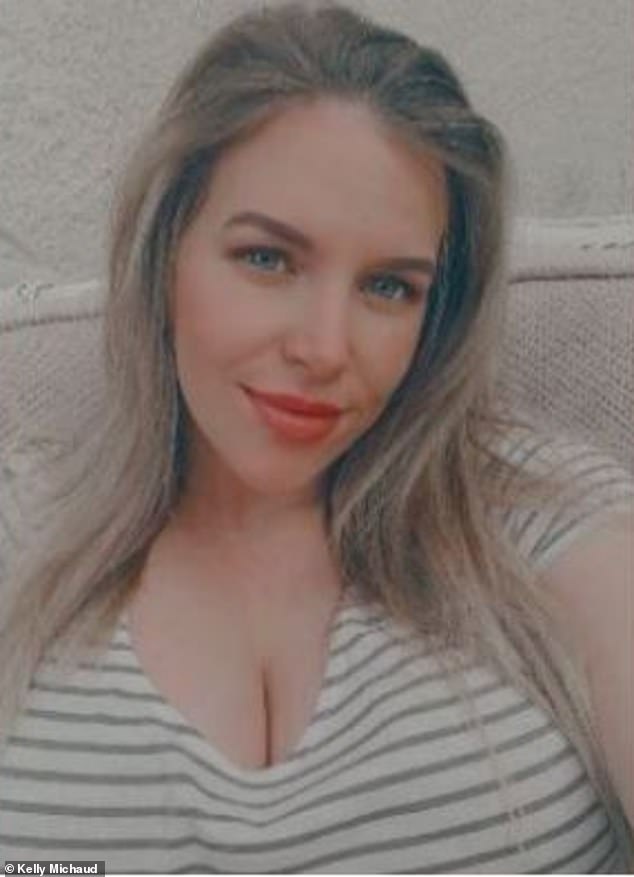 Mother-of-two Kelly Michaud, 26, from Harrogate, Yorkshire, (pictured) says her size H chest has left her with back pain and breast sores since her teens

At her first appointment when she weighed just over 11st, doctors told her to lose weight.

Determined to get the surgery she went on to shed 2st but when she returned her appeal was once again rejected and she was told to purchase ‘professional extra supportive bras’.

The bras cost her £240 and were designed to reduce the strain on her back and her sores but sadly did not work.

To try and relieve some of her pain she also attended physio appointments and trained at the gym but found nothing helped.

Speaking on her Go Fund Me page, she wrote: ‘After doing everything they asked I was rejected due to them not feeling I was suffering enough.

‘I always feel I should cover up. How many tears should I cry before they help?’ 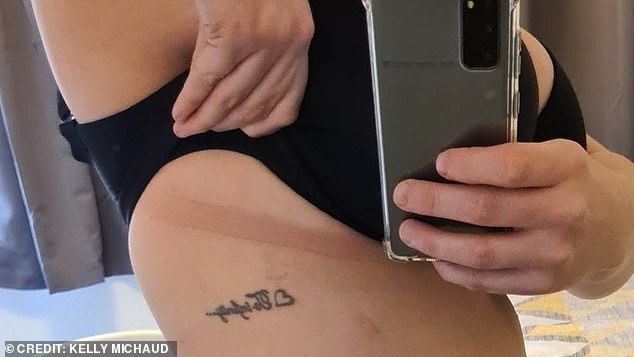 In a bid get the surgery and relieve her pain, she has now set up a Go Fund Me page and is asking for help from strangers

She also reached out to her Clinical Commission Group pleading with them to help her remove the weight but was rejected again.

Explaining her experiences, she signed off her Go Fund Me page message: ‘I have searched all over to find anything to help me get my breasts reduced, even looked into traveling abroad but the stories are scary.

‘I am now asking for everyone’s help and much needed support to help me and others get the awful weight lifted off our shoulders.’

She told Yorkshire Live she had even considered travelling to Poland for the surgery, which would have cost around £3,000 for the whole trip, but decided against it after reading about the risks. 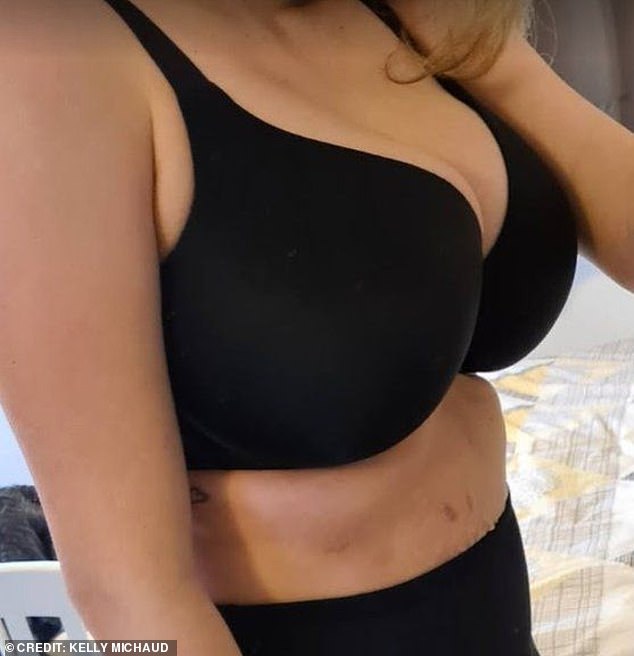 The mother of two said as well as the physical problems, the emotional effects of her size H breasts have been significant.

‘When I was at school I absolutely loved running and I was such a good runner but all the lads used to sit up on the hill and watch and comment on my boobs afterwards,’ she said.

‘It made me feel so insecure and I just wanted to cover them up.

‘People think, oh, well you’ve got boobs, you should be happy with the size you’ve got – I’d really want to have that size.’