The mother of the man accused of murdering PC Andrew Harper but has since had the charges dropped says she feels like she has ‘won the lottery’.

The Thames Valley Police officer died from multiple injuries after being dragged under a vehicle while responding to a burglary near Sulhamstead in Berkshire last month.

Jed Foster, 20, was arrested and charged with the murder of the officer in Berkshire last month.

But prosecutors at the Old Bailey on Thursday said there was no longer a realistic prospect of conviction and moved to end the case against Mr Foster, from Pingewood near Burghfield.

Today his mother Jolene Hannington posted a heartfelt Facebook message along with a photo of the Superman teddy bear she took to court, according to The Mirror. 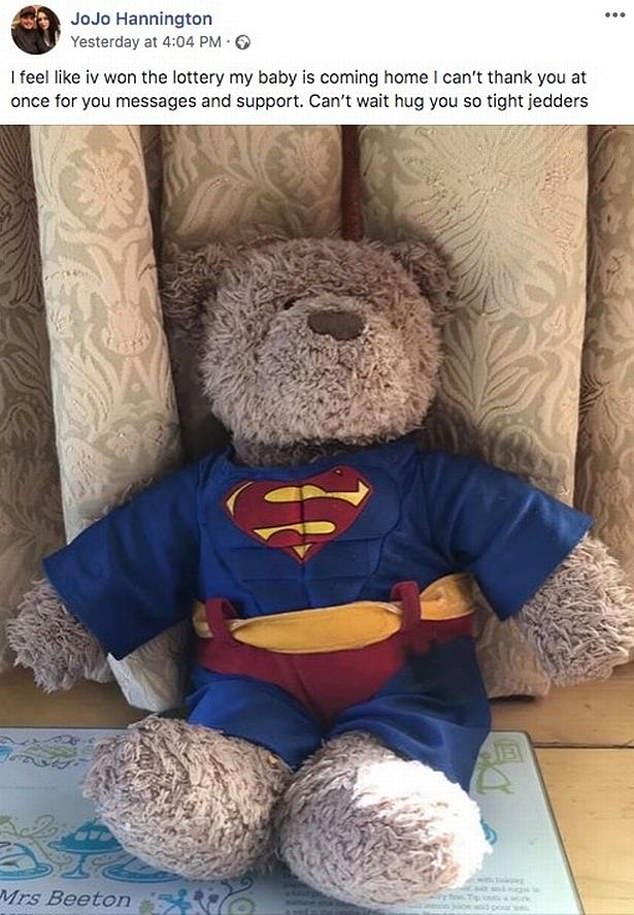 She said: ‘I feel like I’ve won the lottery, my baby is coming home.’ Mr Foster was arrested and charged with the murder of the officer in Berkshire last month

She wrote: ‘I feel like I’ve won the lottery, my baby is coming home. I can’t thank you at once for you messages and support. Can’t wait hug you so tight jedders.’

Chief Crown Prosecutor Jaswant Narwal said: ‘The CPS has discontinued the case against Jed Foster, 20, in relation to the ongoing investigation into PC Harper’s death in Berkshire.

‘The CPS has now reviewed a full file of evidence from the police and concluded that there is not a realistic prospect of conviction. 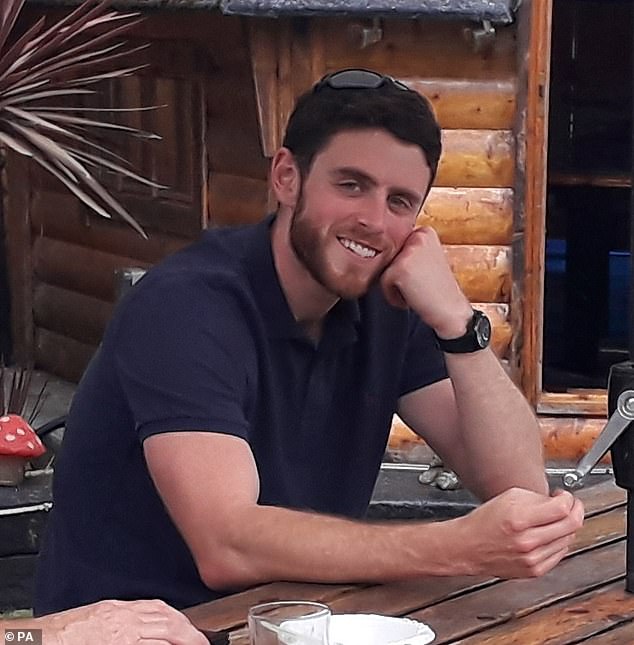 PC Andrew Harper (pictured) was killed while responding to a burglary last month. The case against the man initially charged with his murder has been dropped 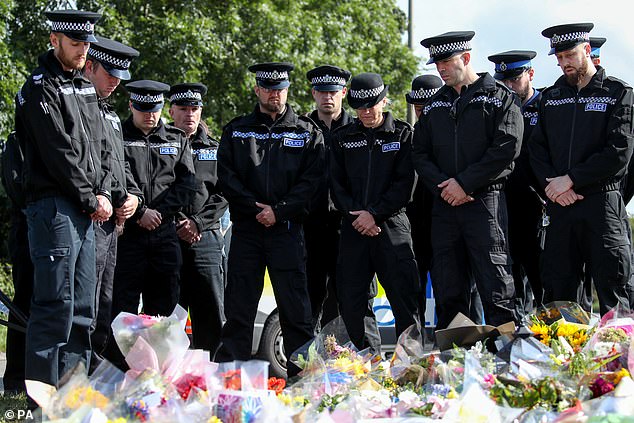 ‘The decision to charge Mr Foster was taken on the threshold test which is applied when a full file of evidence is not available.’

Mr Foster’s case was raised at the Old Bailey this afternoon and he listened to proceedings via a video-link from HMP Woodhill.

Judge Mrs Justice Whipple told him: ‘Mr Foster, I hope you have been able to follow what has been going on in court today.

‘The point of interest for you is that the prosecution have served a notice of discontinuance of their case against you that means you are no longer to be detained.’

Mr Foster’s lawyer had told a previous court hearing that he denies ‘any involvement in the horrific murder of PC Harper’.