Motorist, 38, stunned after car park machine charged her £149 for a five-minute stay

A stunned motorist was charged £149 for a five-minute stay in an airport car park – and ordered to pay the jaw-dropping fee in coins.

It should have cost Susanne Willdig just £1 to use Bristol Airport’s express parking area as she dropped off her sister, who was visiting from Austria.

But when she tried to leave the car park on Friday, the 38-year-old found herself trapped at the exit.

Bristol Airport’s express parking area, where it costs £1 to leave your car for up to 20 minutes 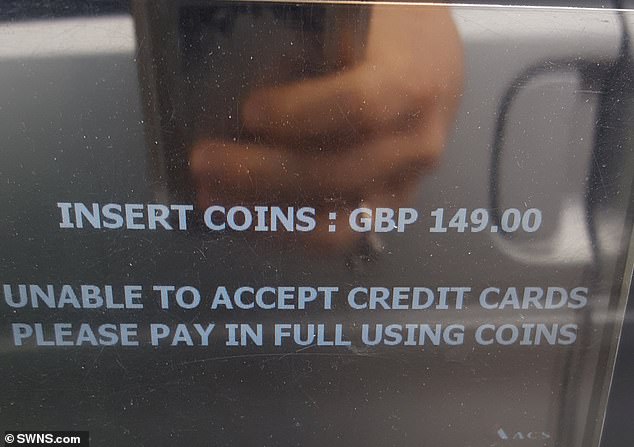 Computer says no: Susanne Willdig’s picture of the car parking machine which told her to pay £149 in coins

The machine told her it didn’t accept credit cards and instructed her to insert £149 worth of coins – a rate of £1,788 an hour – to get the barrier up.

Meanwhile, a line of frustrated drivers queued behind her and her two-year-old was getting impatient in the back seat.

Thankfully, Ms Willdig asked a friendly police officer nearby for help and he alerted airport staff.

‘He radioed around, talked to their central office and eventually they let me out,’ she said. 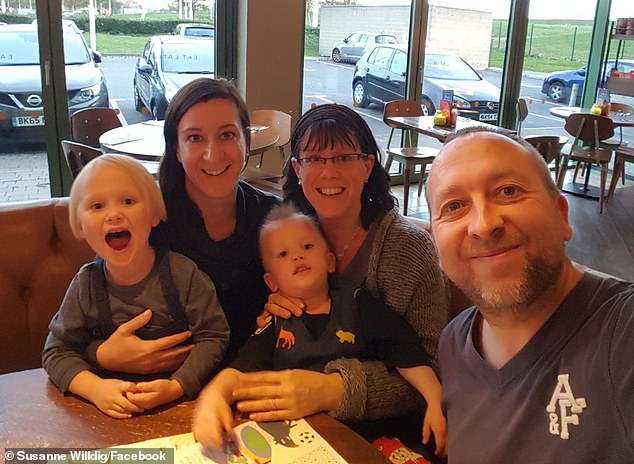 Ms Willdig with her sister (far left) who she was dropping off at the airport. She had been visiting from Austria

‘He reckoned the machine simply didn’t like my number plate, which is a standard plate so I’m not sure why – that’s never happened before.

‘When I finally got out, I saw a huge tailback queue which I think was caused by me being stuck there.’