A motorist has won a landmark case against a council raking in over £100,000-a-week from a new traffic enforcement camera.

Emma Bartholomew successfully appealed against a £65 fine after her mother made a left turn at a junction in Hackney, East London.

She took the council to a tribunal who ruled the new signs banning the left turn at certain times of the day were ‘inadequate’.

Since being installed more than 20,000 people have been hit with penalty charge notices raking in £14,000 a day for the council.

Emma has now encouraged other motorists hit with the fine from Hackney Council to consider launching an appeal.

‘I was able to argue my case that the signs at the junction are not clear and confusing for motorists,’ said Emma.

‘I am pleased the tribunal ruled in my favour and I think others who have fallen foul of the camera and been sent fines should consider making an appeal.’

Last June Hackney Council banned drivers from turning left at a junction in the hope of reducing air pollution at a nearby school.

The traffic enforcement camera has reaped close to £1m in just nine months for the council making it one of the most profitable in the UK. 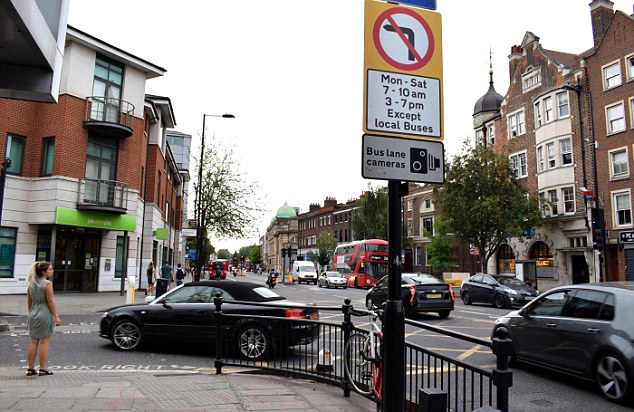 The mother-of-three successfully appealed against a £65 fine after her mum made a left turn at a junction in Hackney, London (pictured) in a tribunal decision meaning more could appeal

Despite complaints about poor signage and a difficult road layout, the council have refused to take down the camera which monitors cars turning into Richmond Road from Mare Street.

Mother-of-three Emma said her 72-year-old mother Pam was ‘flashed’ by the camera as she turned off Mare Street on her way to drop off clothes at a local hospice.

She said: ‘My mum was visiting and I had been having a clear out and she volunteered to drop the clothes off on her way home.

‘She had no idea about the camera and the first we knew was when a fine appeared in the post. The conditions she was driving in were not very good and she just did not see the sign.’ 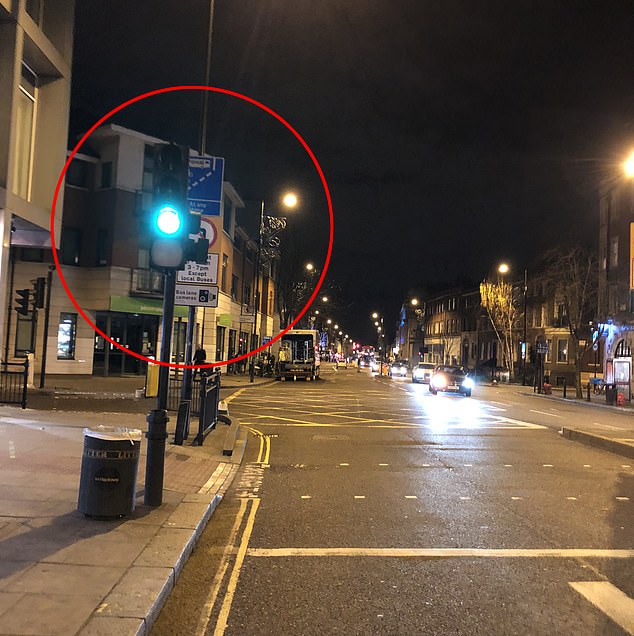 Despite complaints about poor signage and a difficult road layout, the council have refused to take down the camera which monitors cars turning into Richmond Road from Mare Street 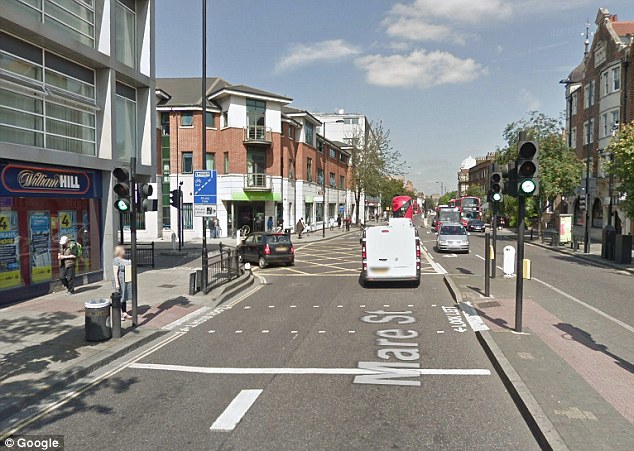 Emma, a journalist on the Hackney Gazette, had an initial appeal against the fine rejected by the council.

She applied for her case to be heard at the London Tribunal and appeared in person to argue the no left turn sign – which is enforced during rush hour only – was confusing and poorly sighted.

Had she lost the appeal she would have been forced to pay £130.

But after showing the tribunal adjudicator photos of the sign and explaining her case he ruled in her favour and dismissed the fine. 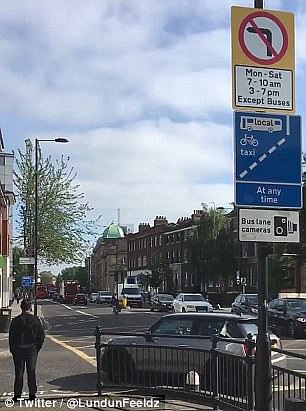 Emma, a journalist, had an initial appeal against the fine rejected by the council

Allowing the appeal, Mr Sean Stanton-Dunne said: ‘The no left turn sign is positioned beyond the traffic lights so that it may not be clearly seen before the lights.

‘The lights are in front of the sign and so risk causing an obstructed view from car level in the left hand lane.

‘There is an advance warning sign further back from the lights but this is tilted at an angle so that it does not directly face the approaching motorist.’

Emma said she was thrilled to win her case and strike a blow for other motorists.

She said the tribunal chairman told her a small number of motorists had appealed against the fines.

Figures released by the council show that of the 20,869 penalty charge notices issued since June 3,705 were appealed. Of these only 1544 were upheld.

Hackney Council has refused to change the signs.

A spokesman said the signs, which are Department for Transport approved, ‘go over and above the requirements for a restriction of this type’.

A spokesperson added: ‘Nonetheless we always remain open to making further improvements, and will be inviting an adjudicator to visit Richmond Road so that we can discuss any concerns they may have, and agree how to address them for the benefit of motorists.’