One of Australia’s largest families have shown off their recipe for creamy chicken pasta – and it is so easy the mum of 16 gets her kids to make it.

Jeni Bonell and her husband Ray, from Queensland, have a super-sized family consisting of nine sons and seven daughters, aged between six and 31.

The Bonell family, who have an average weekly grocery bill of $450 uploaded a video showing off how to make the creamy pasta dish on Youtube, with youngster Damian taking the lead.

The young boy was assisted by his older sister Sabrina – who helped remind him how to make the bulk pasta – which serves 28. 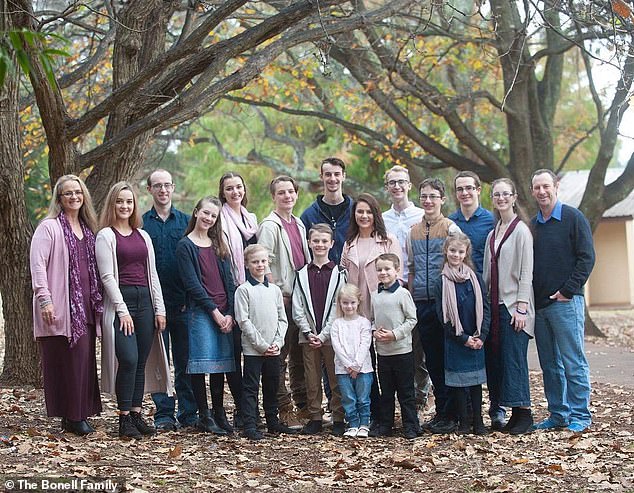 Jeni Bonell and her husband Ray, from Queensland , have a super-sized family consisting of nine sons and seven daughters, aged between six and 31 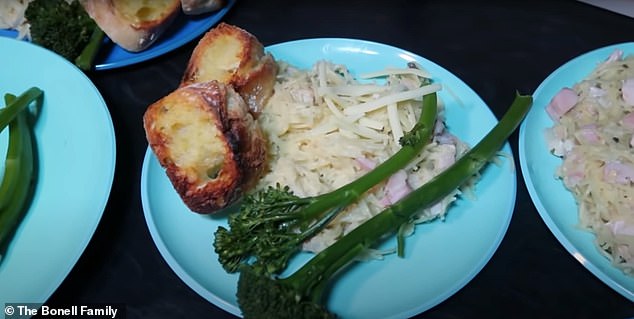 The pasta was served alongside some broccolini and crunchy bread

He starts by chopping the chives while his sister chops the chicken.

‘I am just cutting the chicken today, while the younger kids are just learning to cook the older ones will usually do the cutting,’ Sabrina says.

Damian then takes control of the video and shows off the bowls of ingredients.

The recipe calls for a kilo of chicken, a kilo of bacon, three bags of pasta, 500 grams of mushrooms, two onions, 300 grams of cheese, a can of evaporated milk and a potato bake recipe base as well as garlic and chives from the family’s garden. 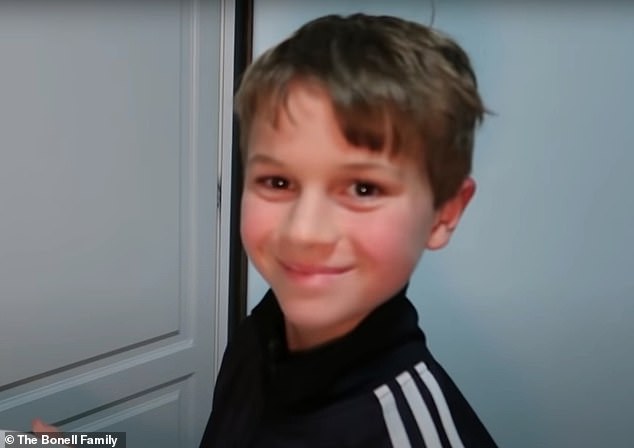 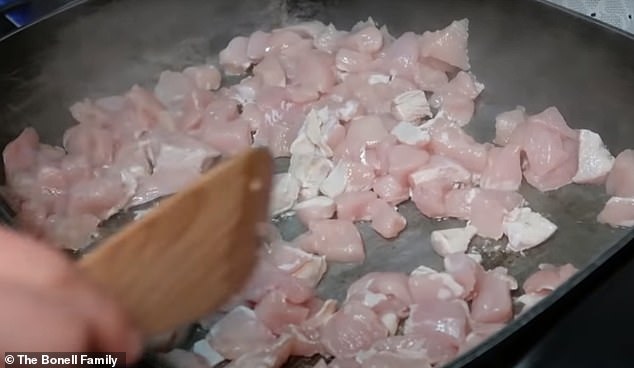 The youngster confidently stirs the chicken pieces in the frying pan

How can I make creamy chicken and bacon pasta for 28 people?

Slice the chicken into strips, bacon into cubes and vegetables finely.

Place the pasta in a pot of boiling water.

Cook the chicken in a pan and then add the bacon and cook well.

Mix the evaporated milk into the potato bake recipe base.

Add the onions to the hot pan with the chicken and bacon.

Allow the onions to become soft and then add your mushrooms, garlic and chives.

After a few minutes stir in the sauce.

Mix through the cooked pasta and serve with cheese.

The meal was served with crispy bread and broccolini which added about .75c per serve to the total cost of the meal.

‘We just use a potato bake recipe base, you can make your own for scratch but we use these for convenience.’

The kids then cook and drain the pasta before setting it aside.

They then add the evaporated milk to the potato bake mix before frying up the chicken pieces. 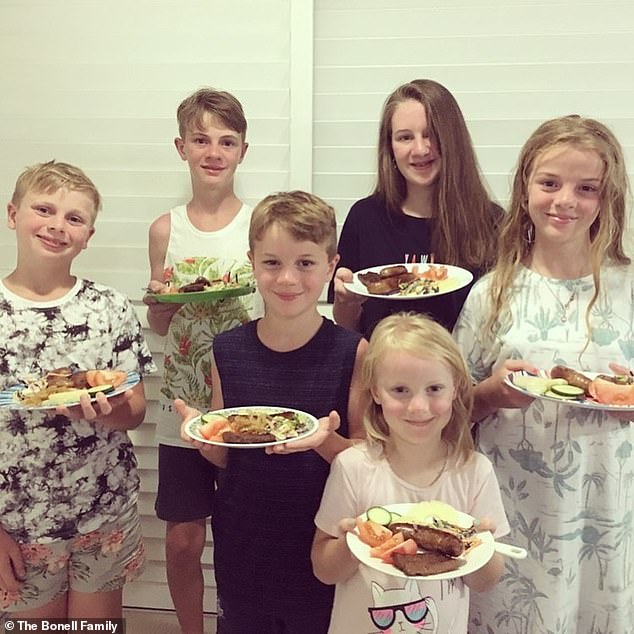 Once the chicken is cooked the tow cooks add bacon to the pan.

The onion is next to go in, followed by the mushrooms and chives.

Jeni, 51, can be heard in the background giving the young boy tips as he prepared the huge batch of pasta.

‘Always be aware the pan can be hot,’ Jeni Bonell said.

The meal fed 14 people – the pasta cost just $1.40 per serve, 75c per serve was added for the sides which consisted of broccolini and crunchy bread

The sauce is then added to the mix. Once this was cooked through they added the pasta and the dish was ready to be served with a sprinkle of cheese, some crusty bread and steamed broccolini.

The meal served 14 on the night with the other 14 serves put in the fridge for later.

And the family said the meal is easily cut down if you don’t need to serve so many portions and can also be frozen and reheated in a microwave.

How much does it cost to feed a family of 18?

The ‘weekly shop’ usually comes in at about $450, but this doesn’t include mid-week top ups or take away meals.

In one of her mid-week shops, she picked up six bottles of 3L milk, three loaves of sliced bread and an array of fresh fruits and vegetables. 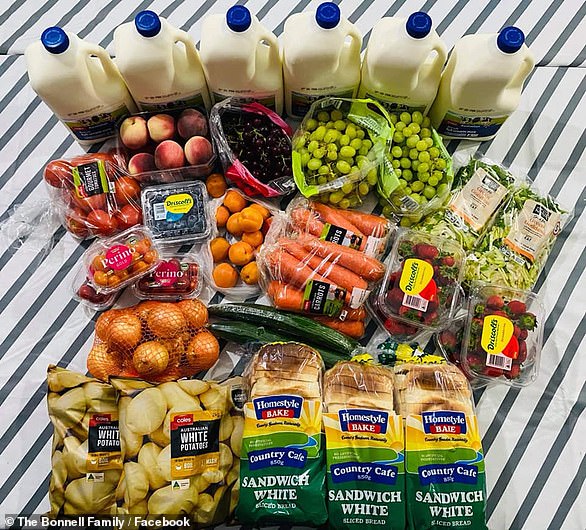 ‘When you just need milk, bread and some fruit and vegetables,’ Jeni wrote on Facebook, alongside a huge grocery haul of her ‘quick shop’.

A Friday night takeaway order  can set the family back over $131. 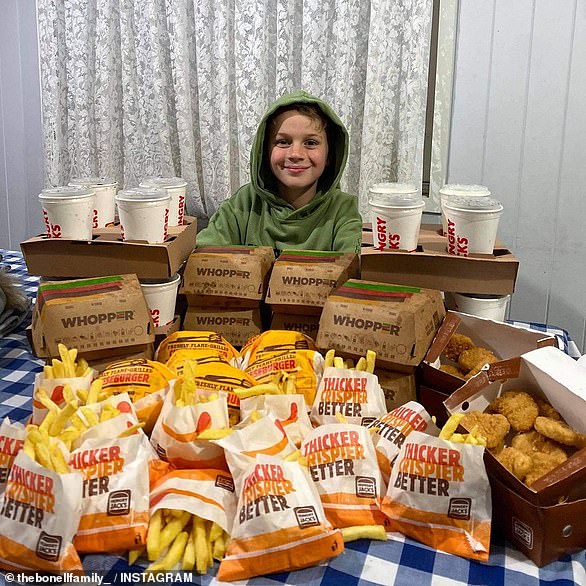