Baking fails aren’t just confined to that famous tent, as one doting mum has found out.

Mother-of-two Kate Kirven, from Oxted, Surrey, spent hours trying to create a cake that would look like her son Finlay’s favourite hobby – a geode rock crystal.

However, her handiwork in the kitchen left family members tittering after the six-year-old was presented with a cake that she says looked more like a ‘sparkly vagina’.

Kate spent two hours making and decorating the golden sponge masterpiece which featured a split on one side decorated with gold, black and white sugar crystals.

Lovingly made, but with a rather awkward outcome: Mother-of-two Kate Kirven, from Oxted, Surrey, shared a photo of the ‘geode’ cake she’d tried to make for her six-year-old son’s birthday 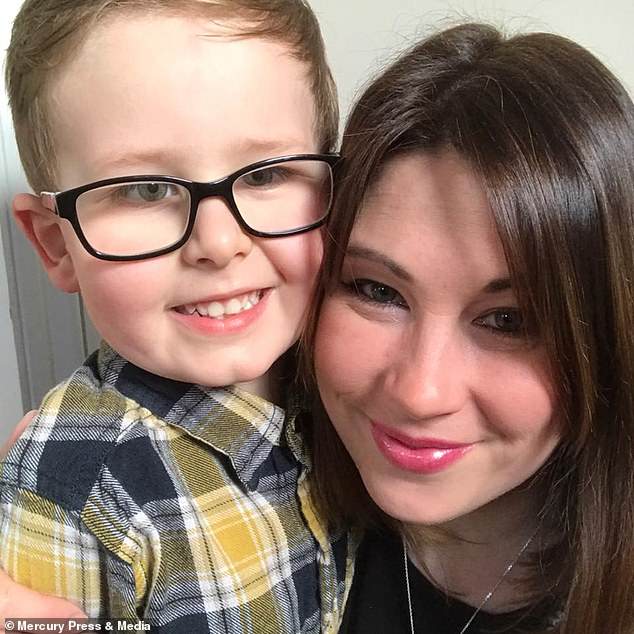 Finlay, who celebrates his birthday this week, loves geology and the crystals that form inside of geodes but his 36-year-old mum’s attempts at making a cake he’d love ended up going viral

It was only when the 36-year-old stood back to take a picture that she realised her x-rated mistake.

Little Finlay was delighted with his cake and despite family members struggling to stifle giggles when he blew out the candles, Finlay failed to notice the blunder.

Kate said: ‘I was in the kitchen baking away and it didn’t occur to me what it looked like.

‘I was in the zone and so involved in what I was doing trying to get the crystals to stay put. It was quite intricate work so I didn’t take a proper look.

‘I stepped back to take a picture to send to my husband and I suddenly realised what it looked like. I was like ‘oh heck’.

‘I thought I was making Finlay a geode and then I thought ‘oh no I’ve made him a sparkly vagina’. 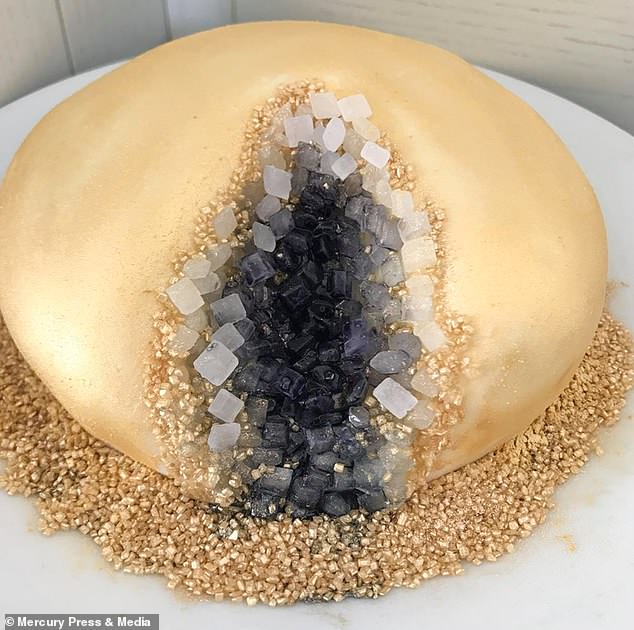 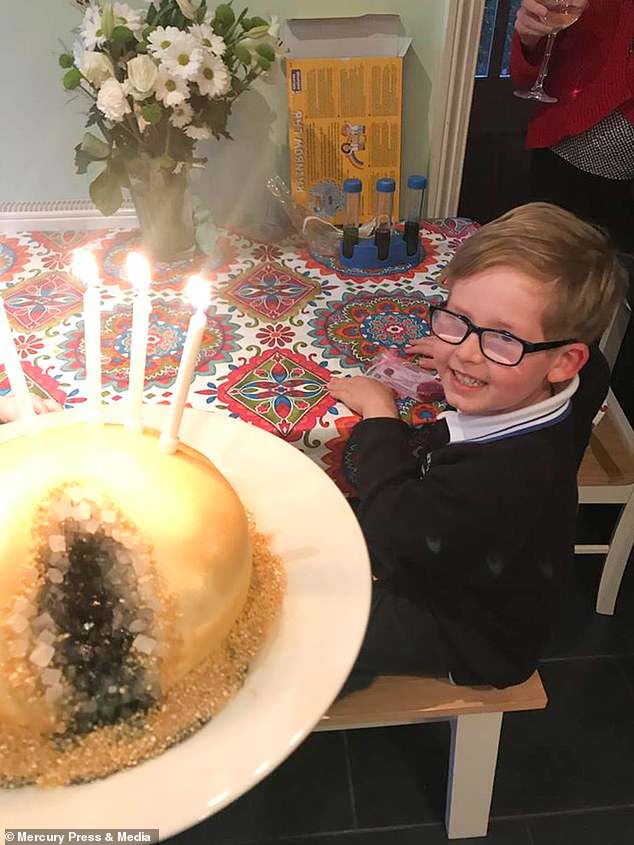 ‘My husband had a laugh and said ‘it will be fine, he won’t know what it is’.

‘Finlay was delighted, he didn’t know what it was. He’s only six so he thought I’d made him a cake of his favourite rock – he thought it was brilliant.

Kate, who runs her own face painting business, baked the cake on Monday and invited family members over to celebrate Finlay’s birthday after he finished school.

It was my first attempt at that particular cake. I make one for every birthday and this is the first one that’s been an epic fail…

Kate said: ‘We had my dad, my husband’s mum and family members coming round to see him and the idea was to bring the cake out.

‘I did warn my family what it looked like. My dad would have been in hysterics if I hadn’t told him. I showed it to him and he just looked at me and I said ‘don’t say anything’.

‘They were all trying to stifle giggles while we sang ‘happy birthday’.

‘Finlay didn’t have a clue, he thought it was brilliant. It was gold and sparkly – everything he wished for.

‘I didn’t try it as I’m coeliac but apparently it tasted great.’ 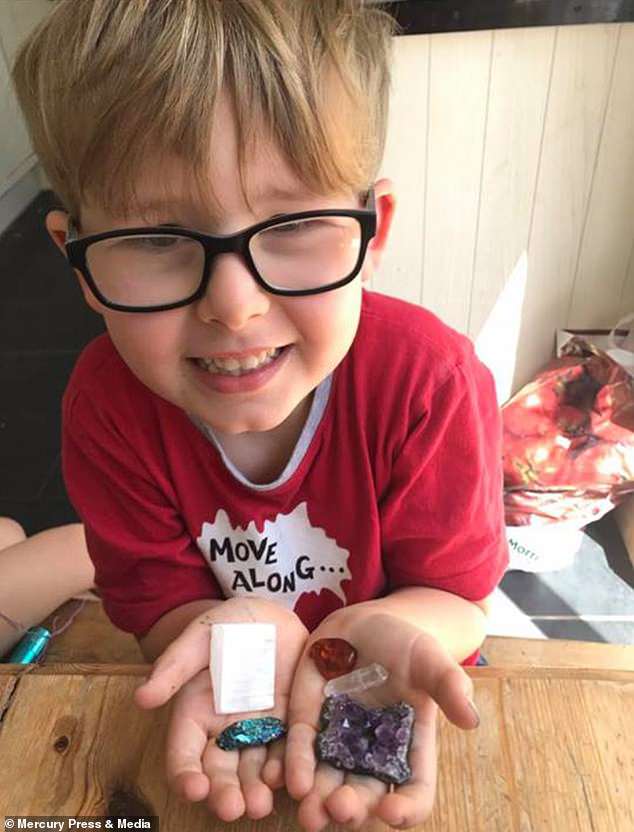 Finlay with his collection of geodes; the crystal-mad youngster loves collecting sparkly stones

Kate, who lives with marketing consultant husband John Kirven, 38, and three-year-old son Alexander, said for the past year Finlay’s been ‘obsessed’ with crystals and precious stones.

Kate said: ‘I thought it would be cool to make him a geode cake.

‘He likes things that are rare and a bit special. He has his own collection and he likes to look up the stones in his crystal bible – he finds it really interesting.

‘On Monday he was at school so I thought I’d surprise him. I just had an idea and did a bit of internet research and saw some examples so thought I would do something like that and obviously it didn’t turn out the way I’d hoped.

‘It’s a good job I didn’t have to go into school with it – the teachers would have been horrified.

‘His proper birthday party is at the weekend so I’m really glad it wasn’t his cake for that party.

‘Could you imagine bringing that thing out in a room full of school mums? There’d be uproar.

‘I’m planning to make another cake for his party but this one is going to be of a penguin – hopefully that will turn out okay.

‘I keep giggling about it. I shared a picture of it on social media and I keep getting notifications about it. I thought it might give a couple of people a laugh but it’s had thousands of likes.

‘It was my first attempt at that particular cake. I usually make one for every birthday and this is the first one that’s been an epic fail.

‘I’m planning on showing him the picture when he’s older. It’s definitely one to bring out for his 18th birthday.’