Musician who was unfairly sacked from Royal Academy for calling violinists ‘gypos’ is heartbroken after thieves ransacked her home and stole £30,000 bassoon that she calls ‘her best friend’

A musician has pleaded for the safe return of her favourite instrument after thieves ransacked her home and stole her £30,000 bassoon.

Francesca Carpos-Young said her Fox 601 bassoon was among several valuables including laptops and a TV stolen in the ‘horrendous’ incident.

A second black bassoon she uses for teaching, with ‘Kilburn School’ scratched on the side, was also taken during the raid on the 60-year-old’s home in North Finchley, north-west London on November 21. 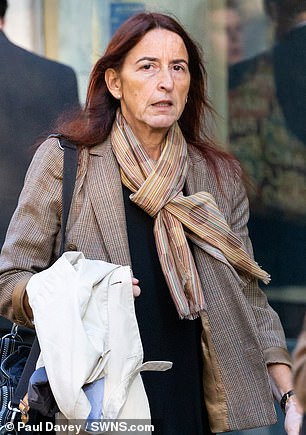 Pictured: Francesca Carpos-Young with her bassoon which has been stolen in a raid of her home. She is pictured, right, after winning a payout from the Royal Academy for wrongful dismissal

The former Royal Academy of Music lecturer made headlines last year when she was awarded more than £180,000 by an employment tribunal which ruled she was wrongly dismissed after referring to violinists as ‘gypos.’

Francesca has owned the bassoons since the nineties and has used them throughout her career, with performances including playing with the Royal Philharmonic Orchestra in Moscow.

She said: ‘My work is playing in orchestras and I cannot work without my bassoon. It is a devastating loss as it is the tool of my trade.

‘Although it would cost £30,000 to buy a new bassoon, I suspect that it is worthless to a thief, because it is such a small and specialised market.’

Police confirmed that they are still investigating the burglary but no arrests have been made. 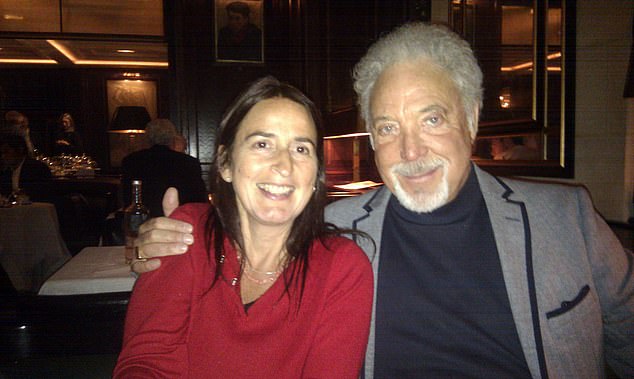 She added: ‘Although I have been kindly lent a bassoon from Howarth’s of London, my bassoon was customised over the years, it is unique, and it was like my best friend. I would consider paying a reward for its safe return.’

Another professional musician, Stephen Morris, was reunited with a 310-year-old violin in November after it was stolen when he left it on a train.

The instrument, worth £250,000, was returned in a hand-over in a car park under the watchful eyes of police officers after the 51-year-old begged for it to be given back.

The 59-year-old had been working at the London-based Academy for two months before she was dismissed after sending lecture notes to students containing comments some of them found offensive.

She was awarded £180,000 after being wrongfully dismissed. Her sacking came after students complained about language used in a note sent to 800 of them.

Prof Francesca Carpos-Young sent notes to students to ‘point out what they might expect in the ‘real world’.

She said the orchestra might be referred to as ‘the boys’, the brass section were ‘pub-goers’.

She also described the string section as ‘pond life’ who were tea drinkers.

The internationally renowned bassoonist, 59, was fired within 24 hours after her comments were shared on social media.

A tribunal later ruled that her comments were taken out of context after the professor explained that she was referring to derogatory terms musicians are referred to.

The comments sent some students into meltdown with one describing them as ‘shameful stereotyping – descriptions of sexism and racism which are not acceptable under any circumstances.’

The student said the term ‘gypos’ is ‘categorically racist’. He said describing the orchestra as ‘the boys’, suggested that orchestras are only made up of males – which is ‘extremely damaging’, especially with regard to the current global climate on issues of sexism.’