Naked people including a Brit and Australian fined on Thai beach

A group of five naked women and a nude man, including a Briton and Australian, have been fined for skinny dipping on a Thai beach.

The tourists aged between 17 and 20 stripped off on Ao Nang beach and were in the water for around ten minutes in Krabi, southern Thailand on Monday night.

A stunned local called the police when he saw them frolicking and several officers turned up to march them back to their pile of clothes.

Footage shows the females hunched over covering their breasts with their arms, while the male places a towel around his waist.

The officers marched the group of six back to their clothes on Ao Nang beach in Krabi, southern Thailand after a furious resident reported their skinny dipping 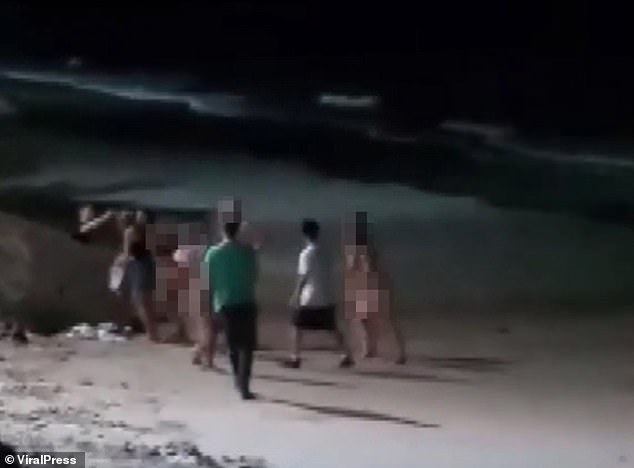 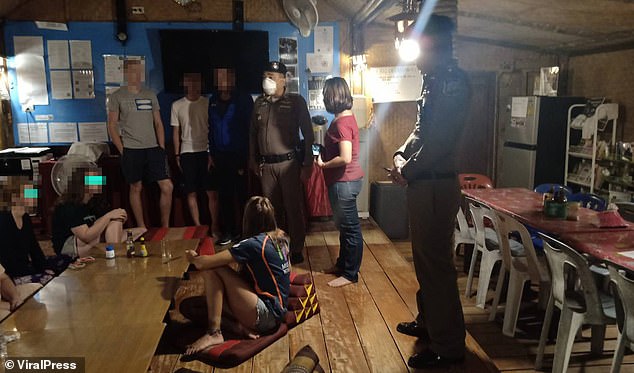 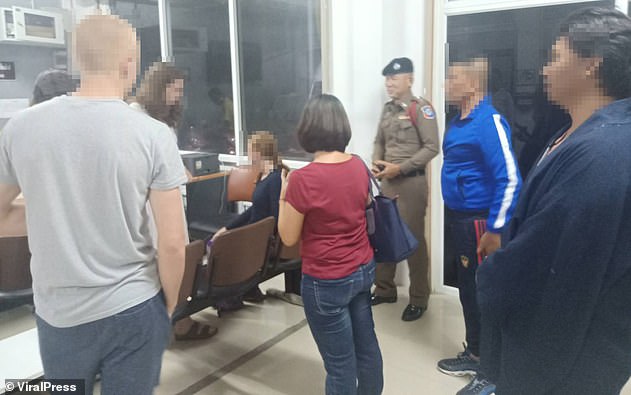 The group of six had been staying as part of a larger group of eight and also included Spanish and Japanese nationals.

They were taken down to the police station and ordered to pay fines of £13 each for public indecency.

They complained that they went skinny dipping because the bars had closed early to mark the national Buddhist Lent celebrations and they had nothing else to do.

Investigating officer Colonel Autthaphong Saenjai from the Krabi Tourist Police said: ‘The tourists were charged with public indecency and fined 500 baht (£13) each.

‘The inspector has visited the accommodation where the tourists stay to warn them again about regulations and Thai law.

‘They all admitted that what they did was wrong and they have learned not to do this again in Thailand. 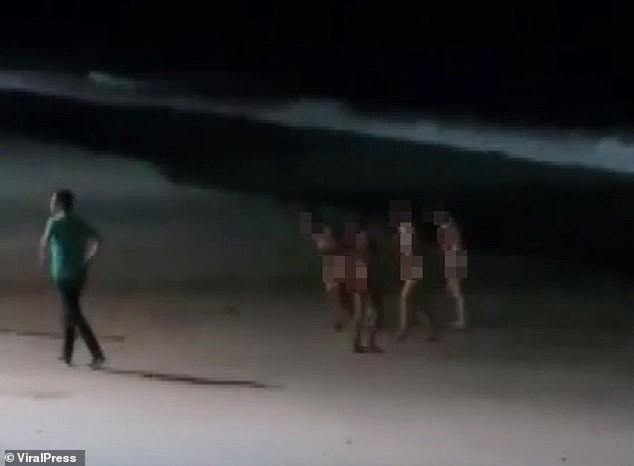 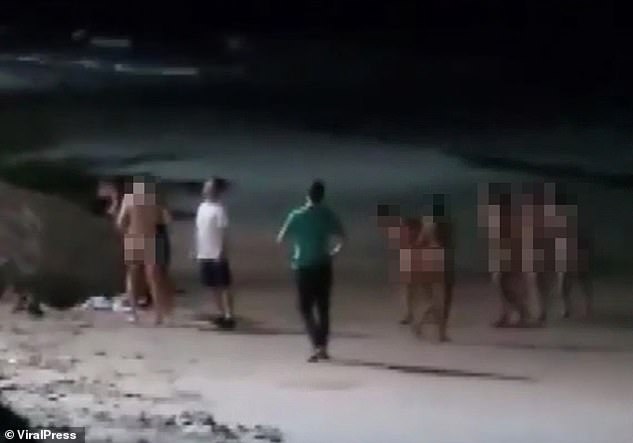 The group of eight – including British, Australian, Japanese and Spanish nationals – had been staying together at a hostel in the popular tourist area 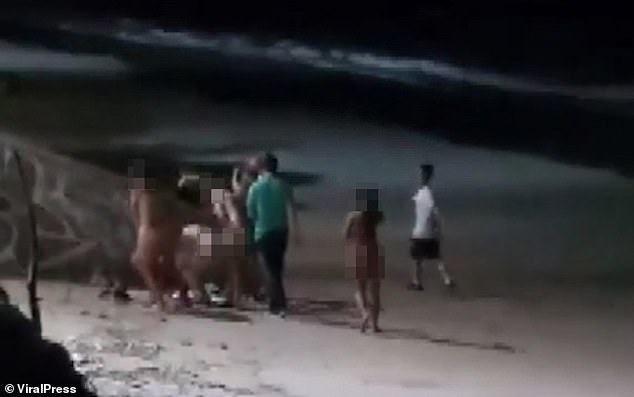 The police spokesman, who did not name the holidaymakers, added: ‘Each of the tourists were fined for 500 Baht (£13) and they apologised. We ensured that they would not repeat such behaviour again in the future.’ 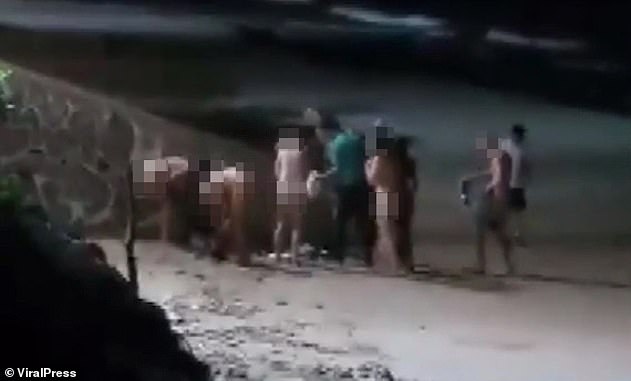 ‘They said they were drinking at a bar before and they were a little bit drunk when they decided to go to the beach and take their clothes off before paddling in the water.’

Bars across Thailand closed early on Monday night to mark the start of Buddhist Lent.

Whereas the clubs in the popular tourist area would stay open until 2am or 3am, they closed before midnight.