Napoli coach Maurizio Sarri hopes the San Paolo Stadium will strike some fear into Manchester City when the sides meet again in the Champions League.

City won the first Group F encounter between the early leaders of the Premier League and Serie A when they held on for a 2-1 success at the Etihad Stadium a fortnight ago.

Sarri now hopes fans can help turn the tables by creating a difficult atmosphere as the Italian side play host on Wednesday. 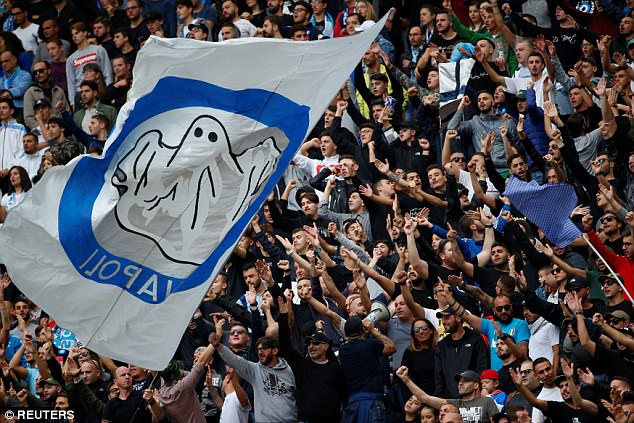 Speaking at his pre-match press conference, as reported by uefa.com, Sarri said: ‘Playing at home is an advantage for us with our great fans but City are certainly used to this kind of atmosphere. I would like to see some fear on their faces.’

Like City, Napoli have made a superb start to their domestic campaign. They top Serie A by two points having won 10 of their 11 games and drawn the other, scoring 32 goals in the process.

The only blemishes have come in the Champions League, with the loss at City coming after a surprise reverse at Shakhtar Donetsk. They are third in the group at the halfway stage, six points behind City, who now only need a point to qualify for the knockout stage.

Sarri said: ‘I don’t know if this game will be decisive because on paper City can win all the games.

‘Obviously, whoever takes points against them has an advantage. Nobody is unbeatable, but I consider them the best European team of the moment with the best coach in the world.’ 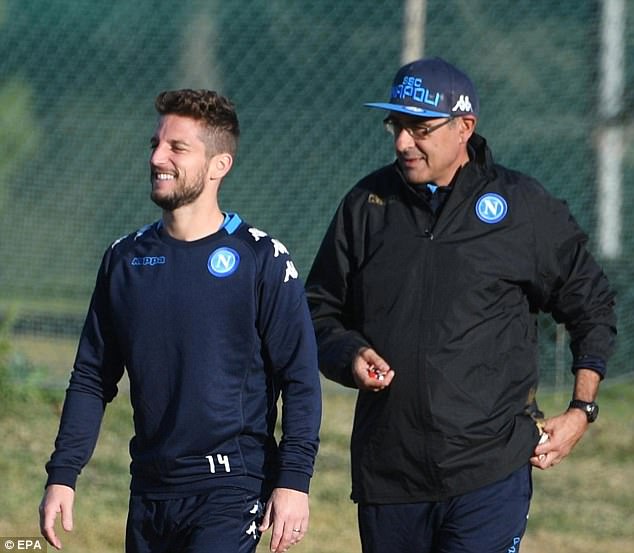 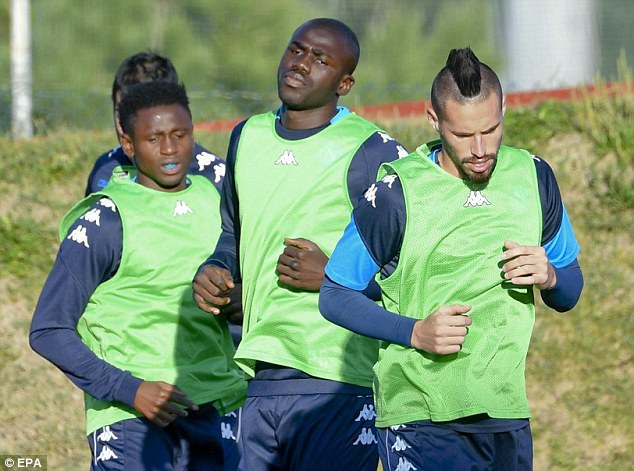 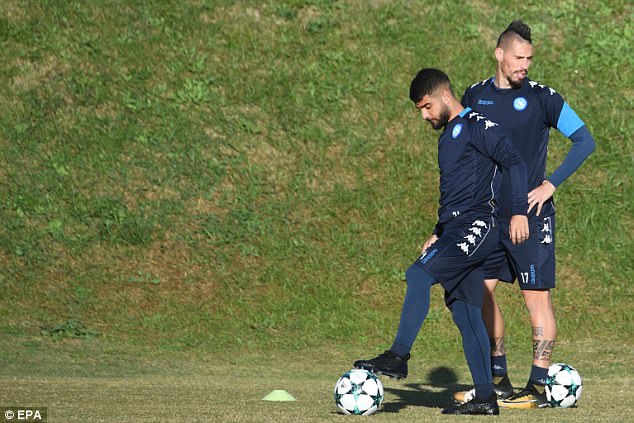 Napoli duo Hamsik (right) and Lorenzo Insigne during the session in Volturno, Italy 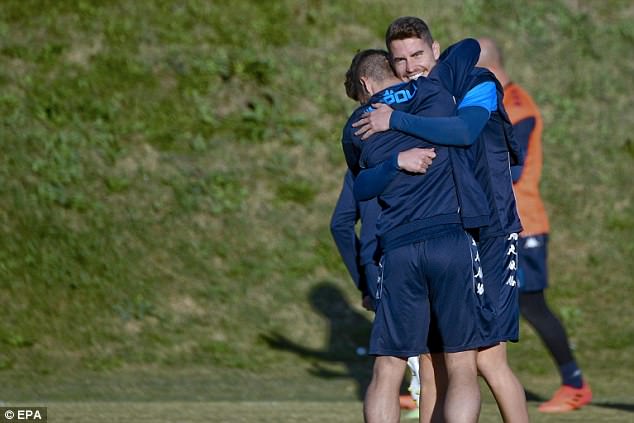 Sarri’s commitment to fluent, attacking football, and his results this season, have seen comparisons drawn with City boss Guardiola, but the 58-year-old insists he cannot be likened to the two-time Champions League-winning coach.

Napoli troubled City a fortnight ago but ultimately paid the price for conceding twice inside the opening 13 minutes.

Sarri said: ‘Manchester City usually make a great start to games. They score plenty of goals in the early minutes, so we need to change approach or we need to ask UEFA to start the game from the 21st minute!’ 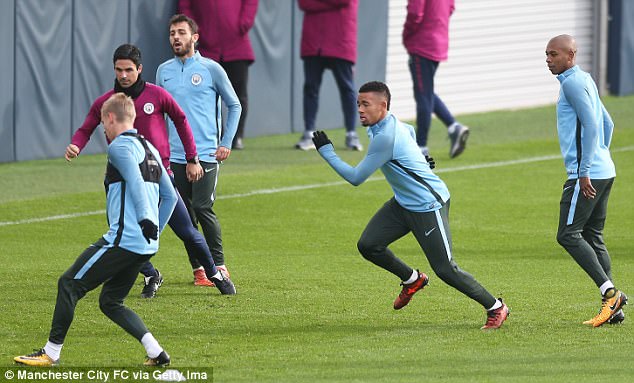