Last week, Netflix hit the headlines after announcing that it is increasing the price of its subscription packages in the UK by up to £2 a month.

Now, the streaming giant has more bad news for users, with a new system to crackdown on password sharing.

Netflix is testing charging users an extra fee to share their account with people outside their household.

While many users share their Netflix password with friends and family who don’t live in the same house as them, this is actually against Netflix’s terms of service.

‘The Netflix service and any content accessed through the service are for your personal and non-commercial use only and may not be shared with individuals beyond your household,’ its terms read.

According to Netflix, sharing your password with others not in your household ‘impacts its ability to invest in great new TV and films.’

In a blog explaining the test, Chengyi Long, Director of Product Innovation at Netflix explained: ‘We’ve always made it easy for people who live together to share their Netflix account, with features like separate profiles and multiple streams in our Standard and Premium plans.

‘While these have been hugely popular, they have also created some confusion about when and how Netflix can be shared.

‘As a result, accounts are being shared between households – impacting our ability to invest in great new TV and films for our members.’

The test will apply to Netflix users in Chile, Costa Rica and Peru, who will be charged an extra fee for people using their account who don’t live with them.

‘Members on our Standard and Premium plans will be able to add sub accounts for up to two people they don’t live with – each with their own profile, personalized recommendations, login and password – at a lower price: 2,380 CLP in Chile, 2.99 USD in Costa Rica, and 7.9 PEN in Peru,’ Ms Long said.

Users in these countries will also have the option to transfer profile information for anyone outside their household to a new account.

‘We recognize that people have many entertainment choices, so we want to ensure any new features are flexible and useful for members, whose subscriptions fund all our great TV and films,’ Ms Long added. 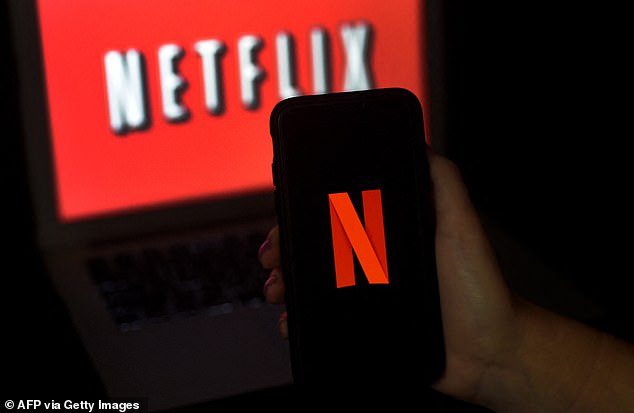 The test will apply to Netflix users in Chile, Costa Rica and Peru, who will be charged an extra fee for people using their account who don’t live with them

‘We’ll be working to understand the utility of these two features for members in these three countries before making changes anywhere else in the world.’

The test has been heavily criticised on Twitter, with many users calling Netflix ‘greedy’.

One user tweeted: ‘Listen, if I want to let my elderly parents use my account to make life a bit simpler for them, then that’s what I’ll do.’

Another added: ‘It’s cute that Netflix thinks they’ll survive blocking password sharing. The only reason many people still have Netflix at all is to share it with loved ones.’

And one joked: ‘Not only will no one OUTSIDE my home use my Netflix subscription, no one INSIDE my home is using it either. This last greedy price increase convinced me that I could live without it. I cancelled Netflix.’

The news comes just a week after Netflix announced it will be increasing the price of its subscription packages for new and existing members – the second price hike in the space of just one year.

The streaming giant said that the price changes will allow it to ‘continue investing in best in class UK productions’ and ‘offer a wide variety of curated quality shows and films’ to customers.

A Netflix spokesperson said: ‘We have always been focused on providing our members both quality and clear value for their membership.

‘Our updated prices reflect the investment we have made in our service and catalogue, and will allow us to continue making the series, documentaries and films our members love as well as investing in talent and the creative industry.

‘We offer a range of plans so members can choose a price that works best for them.’

THE HISTORY OF NETFLIX PRICE HIKES IN THE UK

May 2014: Netflix announced an increase in its monthly fee for streaming movies and television shows from £5.99 to £6.99.

The price hike was immediate for new subscribers but was delayed for two years for its existing members.

But Netflix allowed subscribers to keep paying £5.99 a month if they opt for a lower-resolution ‘SD’ quality service.

A similar price change took place for US customers, who saw their subscription fee increase by $2 (around £1.40 at the time).

Anyone who signed up to Netflix when it launched in Britain would have received the standard package for £5.99 per month.

But in an email to subscribers Netflix wrote: ‘When we raised prices for new Netflix members in 2014, we kept your price the same for two years. Your special pricing is now ending and your new price will be £7.49 per month.’

October 2017: The company raised prices in both the UK and US for the first time in two years.

The standard package price increase by 50p to £7.99 per month.

Netflix said at the time that the price change reflected the additional content added to its service.

May 2019: Netflix confirms that British customers will see the price of the standard tarriff increase from £7.99 to £8.99.

January 2021: Netflix hikes subscription fees for UK users as the country entered its third lockdown amid the coronavirus pandemic.

March 2022: Netflix increases prices for the second time in just over a year.