New waiter, 18, is crushed to death by a faulty food lift

A new waiter in east China has died after getting his body caught in a faulty dumbwaiter  which suddenly plunged downwards.

The 18-year-old man had his upper body trapped between the lift and a wooden panel when he was placing the dishes into the carrier.

He was freed by the firefighters in 10 minutes, but was later pronounced dead in the hospital. 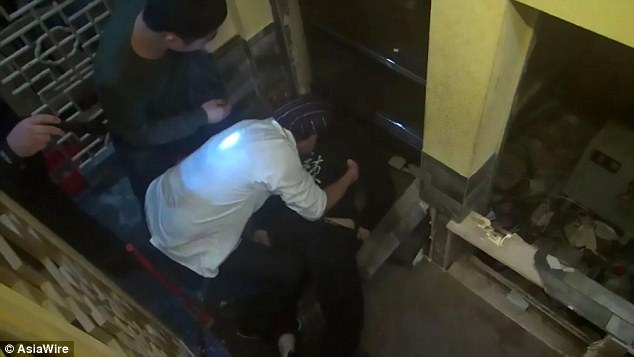 CCTV footage has emerged showing the moment the waiter, wearing a black T-shirt, worked on the first floor as he peered into the lift.

But the dumbwaiter suddenly went down and he did not manage to get out in time.

According to The Paper, the 18-year-old has recently started working in a restaurant in Yinzhou district of Ningbo, Zhejiang Province. 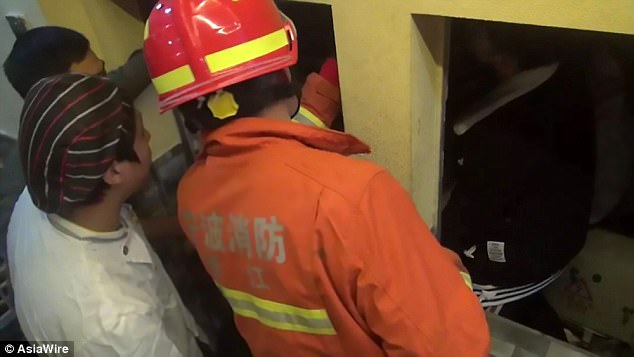 A colleague, left, said the 18-year-old has his neck and chest pressed by the lift 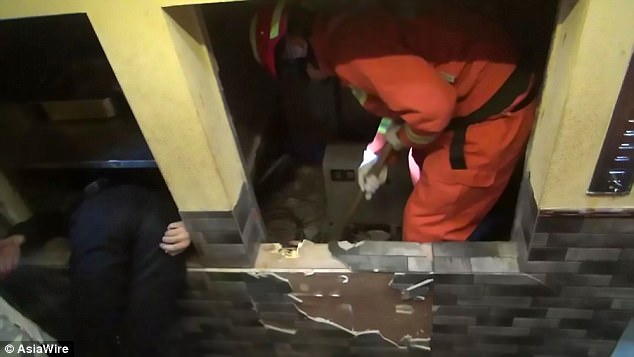 They freed the man from the faulty lift in 10 minutes.

A colleague told the firefighter that the man had his neck and chest pressed by the dumb waiter.

The waiter subsequently died in the hospital after the rescue.

It’s known that there were two dumbwaiters used in the four-storey restaurant, but investigation will have to be carried out to find out the cause of the accident.