A broadcaster and his son have been left bloody and bruised, lucky to be alive, after they say a drone ran into their small aircraft and sent it hurtling towards the ground.

Rod Vaughan, who crashed into a cornfield in Waihi, was hanging upside down in the debris of his plane, covered in his own blood and shocked he wasn’t dead when rescue crews arrived, the New Zealand Herald has reported.

Now he says the crashed was caused by a drone. 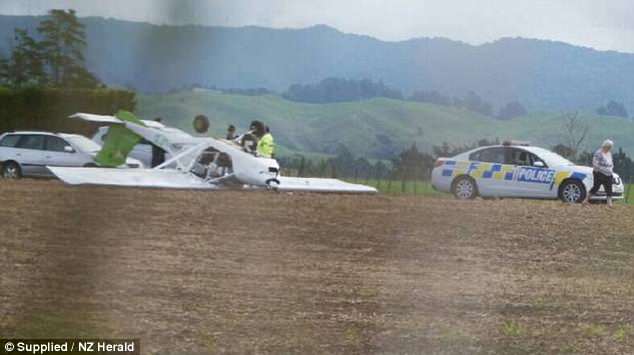 The plane (pictured) was travelling at 90kmph as it descended into a cornfield and flipped over on impact,  leaving Vaughan and his son Richard covered in blood and shocked they were alive

His claim that a rogue drone is responsible for the crash is backed by the chief flying instructor of the nearest aero club who was one of the first on the scene.

Vaughan was taking his son, Richard, who was visiting form Germany, for an afternoon flight in a Aeroprakt Foxbat.

They were almost 2000 feet up when an unknown object hurtled into the windscreen of the aircraft making it shatter.

In mere seconds they went from cursing along the New Zealand skyline, taking in the view, to fighting for their lives.

The wind-force coming through the plane dislodged the doors, smashed the side and back windows and sent Vaughan’s headset flying. 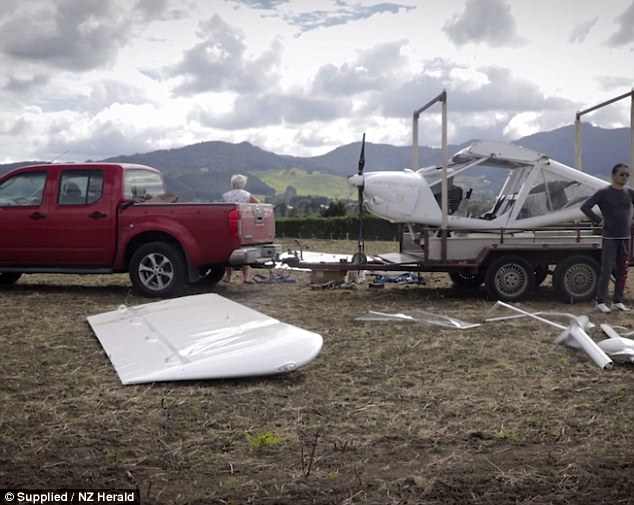 Vaughan was taking his son, Richard, who was visiting form Germany, for an afternoon flight in a Aeroprakt Foxbat

He knew he had to make an emergency landing. Seeing a cornfield in the distance Vaughan managed to turn the plane towards it.

‘I said to Richard, I shouted at him, this is where we are going, I don’t know whats going to happen, but I don’t think it’s going to be a good outcome here. But just brace yourself.’

Vaughan said he thought the plane was travelling at 90kmh as it descended towards the field. It clipped the top of a hedge on the way down and then, landing hard, flipped itself over.

The pair hung upside down in the field. They had escape the potentially fatal crash with just minor injuries. Vaughan had cut his head and Richard suffered bruising. 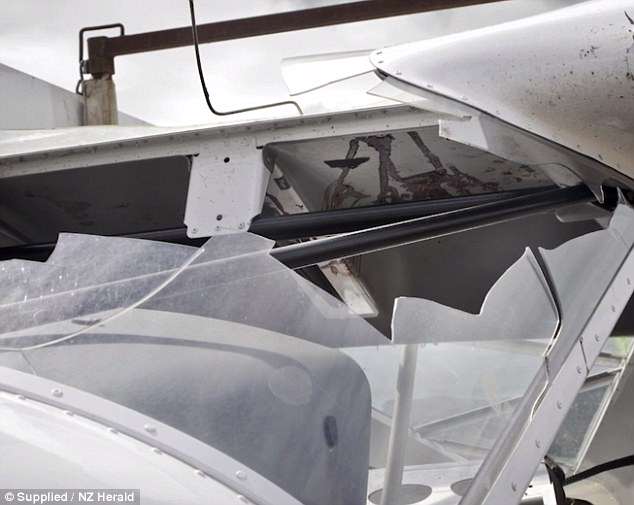 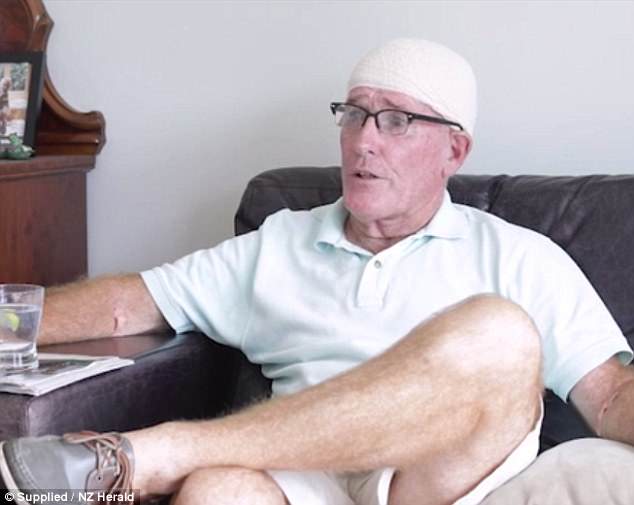 After he’s injuries began to heal, Vaughan begun to think how how this could have happened.

Because of the way the window smashed he concluded it was either a bird, a high velocity rifle or a drone. He ruled the first two out because he hadn’t seen any bird activity in the area and the latter was just highly unlikely.

If Vaughan’s theory is right, that a rogue drone did take them out, this will be the first time in New Zealand that a drone has caused an aviation crash.

Across the globe the potential for drones to crash into aircraft is fast becoming an issue. 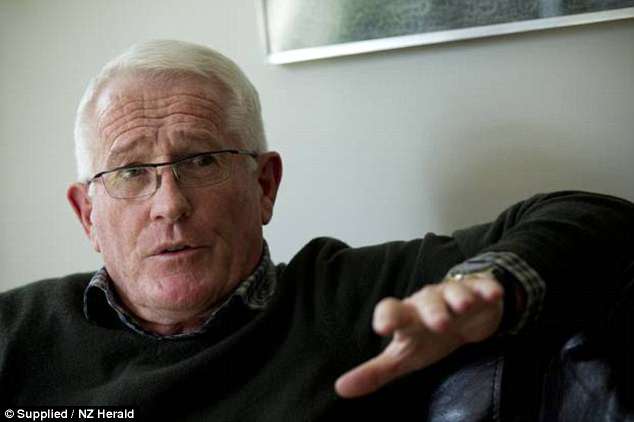 Currently in the US a helicopter’s crash landing is being investigated after aviation experts realised it may have been caused by a drone.

In March, Air New Zealand called for tougher regulations on drone use after one came within just metres of a plane coming into land at Tokyo airport.

Vaughan, who was famously punched in the face by Sir Bob Jones earlier on in his career, says that drones pose a serious threat to recreational flyers as they can be bought for as little as $90 and are hard to see.

‘That doesn’t give pilots much room to avoid these things. Some can be pretty small and almost impossible to see from a cockpit. The drones are essentially invisible.’