A 25-year-old New Zealand man has been charged with animal cruelty after he allegedly stole a ute and then set fire to the vehicle with three hunting dogs trapped inside.

The man is suspected of breaking into the Broadwood property, north of Kaitaia, before stealing a ute where the dogs were sleeping in cages on the back tray.

After crashing the ute in a nearby paddock the thief set fire to the vehicle killing two of the dogs, Newshub reported.

New Zealand man Waaka Moka, 25, allegedly stole the Ute from the brothers property and then set fire to it after he crashed. Two of the three hunting dogs trapped in the back tray died in the fire 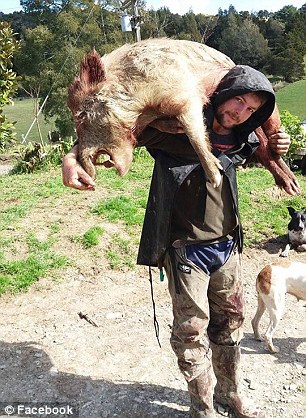 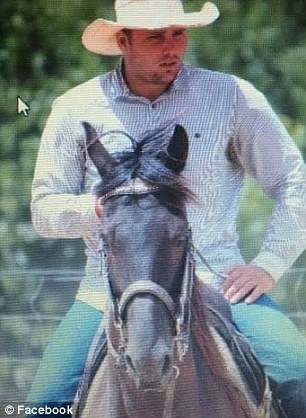 Brothers Theo and Chad Scrivener, who owned the pets and vehicle, said that when witnesses arrived to the fire they thought a human was trapped inside because the screams were so loud.

One dog managed to escape but suffered burns on it’s back while the other two died.

‘They’ve been our mates and we’ve got so many pigs with them and it’s going to take years to get dogs like that again. We put so much love and heart into those dogs and they go and burn them like that. How heartless are they?’ said Chad.

The brothers said the thief returned two days later and attempted to poison their other dogs. One of them is now having treatment at a vet clinic in Kaitaia.

Mr Moka was taken to the Kaitaia Police station on Monday night by his family members.

He was charged with cruelty to an animal, arson and unlawful taking of a motor vehicle.

The brothers lost two of their five hunting dogs in the fire. They say the thief returned back two days later and poisoned another dog which is now being treated at the vet 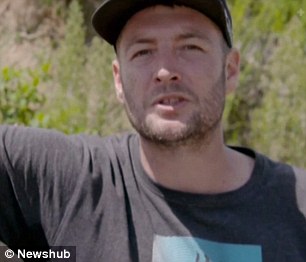 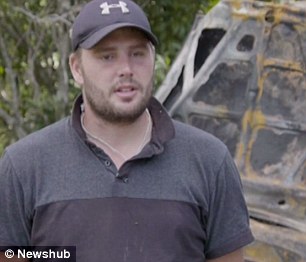 The dogs were two of the five that the brothers use for pig farming. The said they were heartbroken over the loss of their dogs.

‘They don’t give a f**k about anything – and if they do that to dogs, what will they do to humans?’ Chad said.

The incident caused heated debate online with many users sharing the name of the alleged offender and telling people ‘not to forget it’ over Facebook and Twitter.