Tying the knot in her grandmother’s vintage lace gown, Edwina Bartholomew’s country wedding was the epitome of class.

But it appears the blushing bride, her groom and their gaggle of guests got a little more rowdy during the reception that followed on Saturday night.

Taking to Instagram the morning after, the Sunrise star revealed the evening was complete with ‘bogan moth plagues’ and ‘g-strings on the dance floor’.

‘It was epic’: The morning after her breathtaking country wedding, Edwina Bartholomew took to Instagram to thank her guests – and hinted at a rather rowdy reception 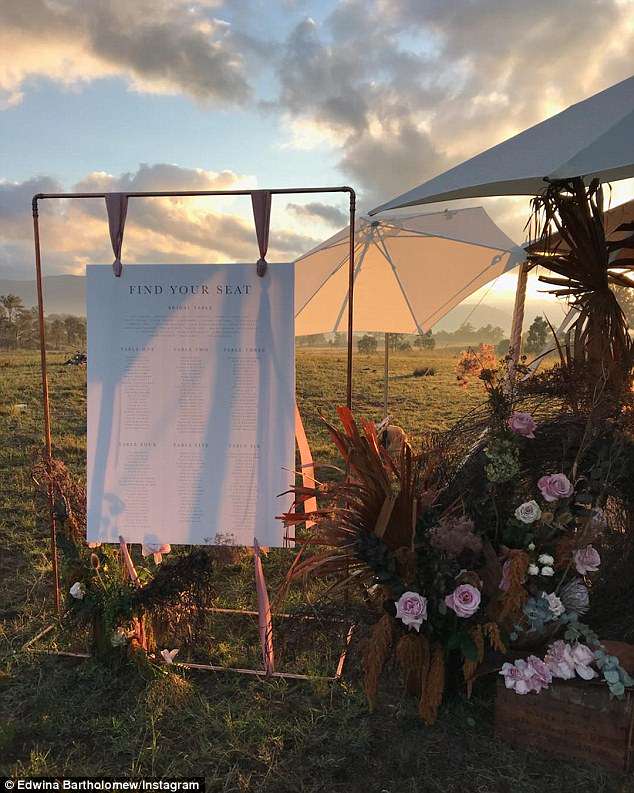 ‘From hail storms, bogan moth plagues, and g-strings on the dancefloor’: Edwina shared this snap as the sun rose on Sunday

Sharing a photo as the sun rose the morning after her wedding, 34-year-old Edwina captioned: ‘I woke up early and went back to our amazing marquee to soak in the sun. We are so incredibly indebted to every single person on this list who made our wedding day so spectacular.’

She continued by alluding to the raucous reception, writing: ‘From hail storms, bogan moth plagues, generators running out of diesel, kids left colouring-in in the dark, g-strings on the dance floor and camp fire sing-a-longs. It was epic.’ 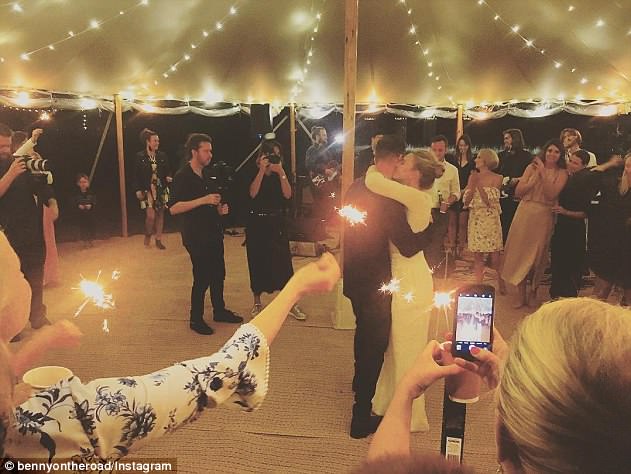 Raucous reception: The couple kissed as they danced in front of their cheering guests, who lit up the marquee with sparklers 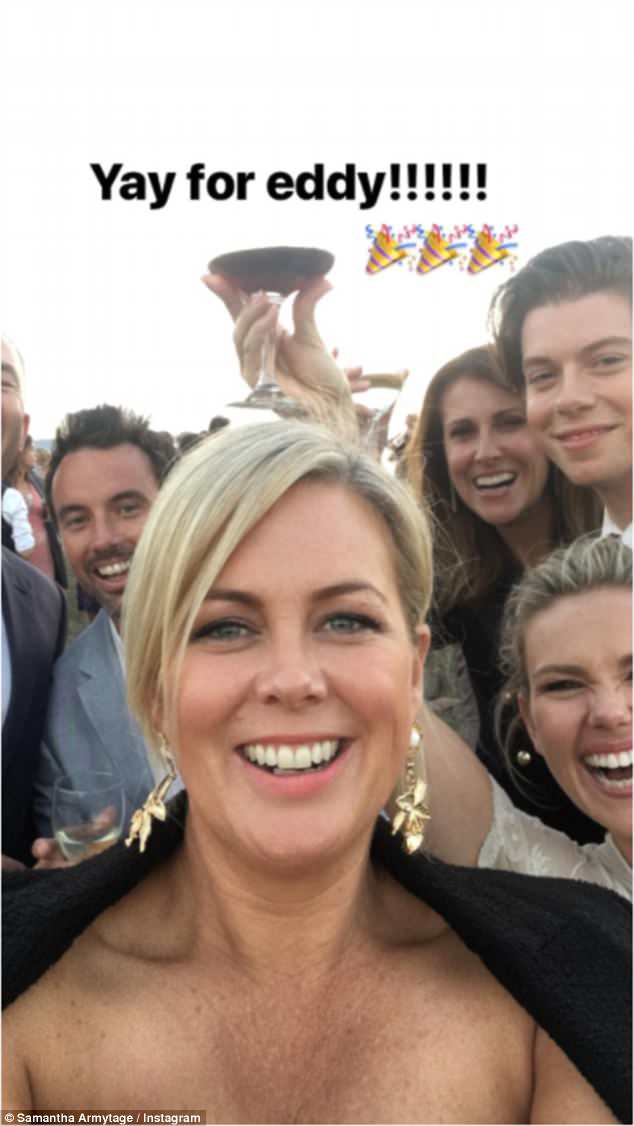 Sunrise co-star Sam Armytage gushed: ‘Best. Party. Ever. Loved it guys. Thank you for letting us share your beautiful day.’

Natalie Barr added: ‘Such an amazing day full of love and laughter’.

The Morning Show’s Larry Emdur was also chimed in, stating: ‘We were raving about it all the way home. Incredible day, incredible venue, just 10000% WOW!! xxxxx’ 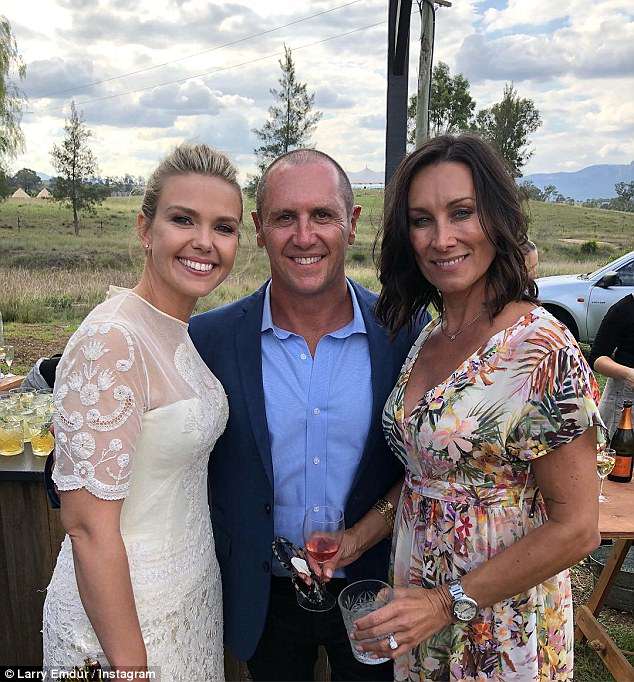 We were raving about it all the way home’: Larry Emdur attended with wife Sylvie

The stars were among the 160 guests who watched Edwina tie the knot with her long-time partner Neil Varcoe.

The couple chose to wed at their Warramba property, located in the Capertee Valley, between Lithgow and Mudgee, in rural New South Wales.

Edwina won praise for her stunning wedding dress which has been passed down through three generations of her family.

It was worn by her much-loved grandmother in 1944, and was updated with the help of Melbourne designer Sonia Cappellazzo. 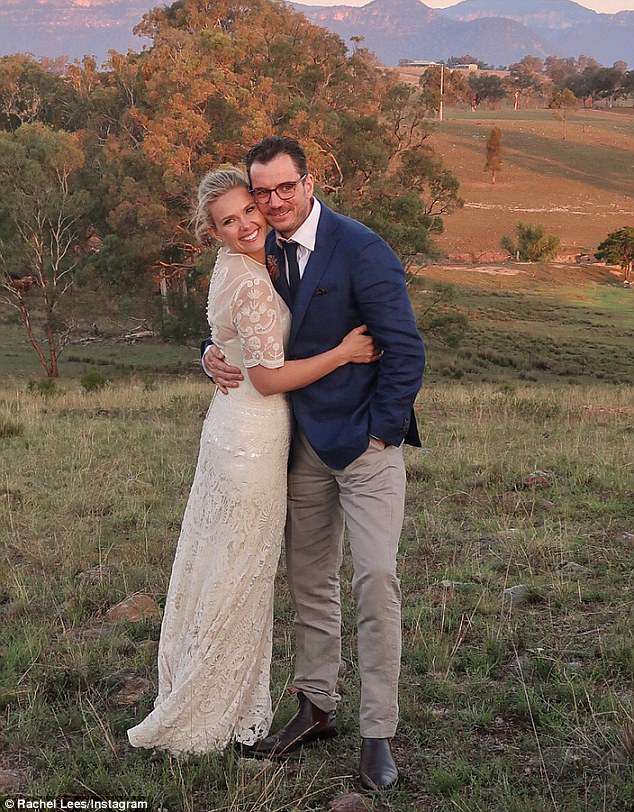 Love is in the air: The couple looked utterly smitten as they posed for photographs against the panoramic backdrop