One in 10 nurses are leaving their position in England every 12 months, which is enough to staff more than 20 hospitals and means quitters outnumbered joiners by 30,000 last year.

Nurses leaving the profession are up by 20 per cent since 2012 to 2013, which adds extra pressure to already strained hospitals and requires staff be pulled off special research projects to help out.

Of those quitting, more than half are under 40, with many citing stress and rising workloads for being behind their decision to leave.

Although the Government is increasing the number of nurse training places by 25 per cent this year, it will be three years before they graduate, with one in nine nursing positions currently being vacant.

The NHS is ‘haemorrhaging’ nurses as 33,000 quit in one year, with many citing stress and rising workloads for being behind their decision to leave (stock)

Three GPs a day are seeking help for ‘meltdowns’ as they struggle to take on the workloads of growing doctor vacancies.

Some 981 GPs referred themselves to the GP Health Service, which was set up to help doctors suffering from stress or burnout, between the end of November and the service’s launch on January 30 2017.

‘Practice meltdown’ is the most common reason for self-referral, according to the service’s chief executive Lucy Warner.

GPs are making themselves ill by being too eager to take on the workloads of unfilled positions, causing them to buckle under the pressure, General Practitioners Committee chairman Dr Richard Vautrey said, describing the situation as a ‘baptism of fire’.

Research carried out last year revealed nearly 12 per cent of GP positions are vacant in the UK, up from 6.4 per cent in 2014.

Mary Trevelyan left her job as a nurse at a London hospital after she was often reduced to tears at the end of her shift by the stress of her working day.

Ms Trevelyan, who only worked for the NHS for two-and-a-half years, was signed off for three months due to stress and depression, and doubts she will be able to work for the health service again.

Janet Davies, head of the Royal College of Nursing, said: ‘The government must lift the NHS out of this dangerous and downward spiral.

‘We are haemorrhaging nurses at precisely the time when demand has never been higher.

‘The next generation of British nurses aren’t coming through just as the most experienced nurses are becoming demoralised and leaving,’ the BBC reported.

She adds that in order to motivate nurses to stay, they need to be paid more and offered greater support.

In Northern Ireland and Scotland 7.5 per cent and 7.2 per cent of nurses, respectively, left the profession in recent years, however, unlike in Wales, there are more joiners than leavers.

Most ex-nurses are thought to be working at drug firms or other roles within hospitals, while others are moving abroad or pursuing new careers altogether. 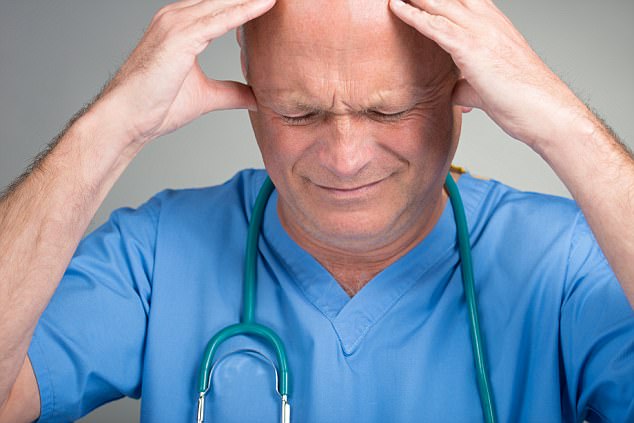 NHS Improvement, which oversees trusts, is introducing a programme that offers more support to hospitals, as well as mentoring schemes for newly-qualified staff and ‘itchy feet’ interviews, which involves encouraged nurses to talk to their bosses if they are thinking of leaving.

Other initiatives included working with local business to provide incentives, such as gym membership discounts.

According to The Department of Health and Social Care in England, the number of NHS nurses being employed has risen, however, across the entire workforce, this is only by one per cent since 2010.

The population will have risen by five per cent during this period, according to the Office for National Statistics.

A&E visits have also increased by up to 20 per cent in this time frame.