Long before he set up what should be a pulsating fourth-round against Rafael Nadal at the Australian Open, Nick Kyrgios had already commenced hostilities with the Spaniard.

During his second-round match on Thursday he mimicked the world No 1’s idiosyncratic routines, his fiddling with his underwear, and when word got back to Nadal he was not impressed.

In an almost refreshing shift from the corporate bonhomie that often marks relationships in men’s tennis the two men do not get along. 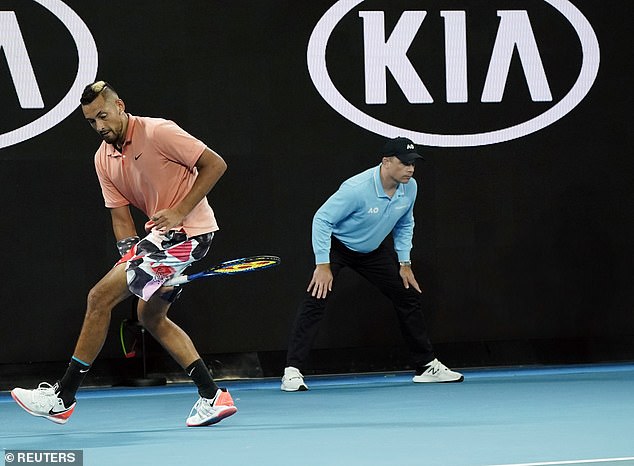 That much was evident to anyone who saw their match at Wimbledon last summer, where Nadal won in four sets. A Kyrgios collectors’ item was that he had spent the evening before in a local hostelry enjoying a few drinks.

That is unlikely to happen this time when they clash on the Australia Day Bank Holiday – perhaps a fitting date for this encounter given Kyrgios’s complicated and apparently late-blooming relationship with his home public.

He will need all the recovery time he can get after taking four hours and 26 minutes to squeeze past Russia’s Karen Khachanov.

The acclaim was deafening, recognition that Kyrgios’ stock here has dramatically risen this month, thanks to him taking a lead in fundraising efforts for the victims of bushfires.

This show of maturity may not be unrelated to the fact that he has started winning plenty of matches, and he is the last home male standing. 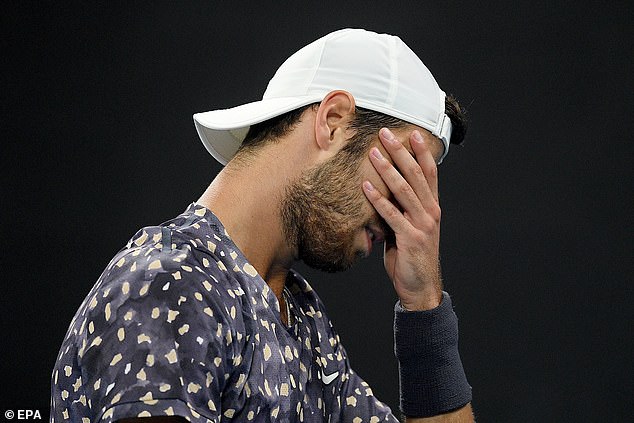 When Queenslander John Millman faced Roger Federer on Friday evening the Rod Laver Arena almost felt like a corner of Switzerland. One can assuredly say that it will not feel like Mallorca for Nadal when their fourth-round kicks off.

‘No matter what has happened between us he’s an amazing player,’ said Kyrgios, who has previously accused Nadal of being a ‘salty’ loser.

The Spaniard, like Federer, is used to being shown respect by his other players, and the Australian is disdainful of lip service.

It has served the uber-talented Kyrgios perfectly well, and he has a decent 3-4 record in the head to head against his next opponent.

After cruising past his compatriot Pablo Carreno Busta, Nadal reacted fairly diplomatically to the prospect of his next match and his relationship with Kyrgios.

‘I don’t know him personally, to have a clear opinion,’ said the Spaniard. ‘When he does stuff that in my opinion is not good, I don’t like it. 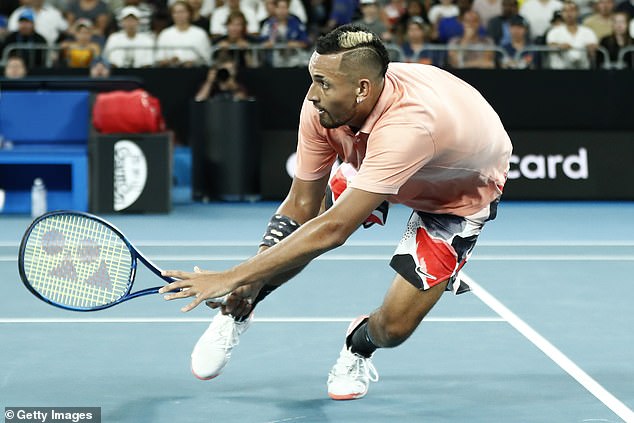 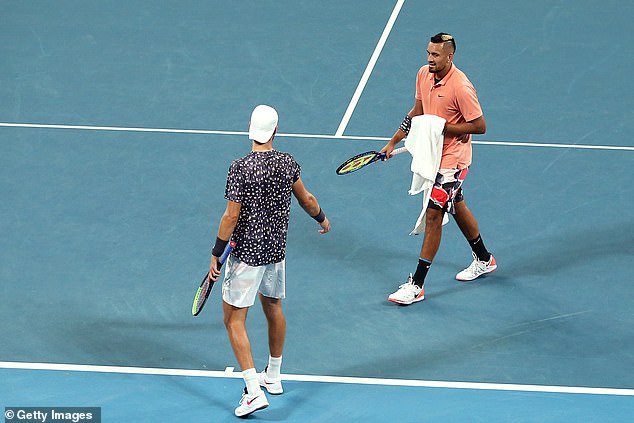 ‘When he plays good tennis and he shows passion for this game, he is a positive player for our tour, and I want my tour bigger, not smaller.

‘When he’s ready to play his best tennis and play with passion, he’s one of these guys. When he’s doing the other stuff, of course I don’t like.’

Kyrgios has previously been criticised for his lack of fitness and his self-admitted reluctance to train. He came through this test surprisingly strongly, but the toll it will have taken makes Nadal, unmistakeably, the clear favourite.

‘My legs feel like they weigh an extra forty pounds,’ the Australian said after finishing off Khachanov.

One thing that does not change is the fact that Kyrgios is pure box office on the tennis court, with his combination of outrageous shotmaking and the ever present danger that he is going to blow his stack, or do something irrational.

He actually exuded what was, for him, a relatively Zen-like calm against Khachanov, at least until the ninth game of the fourth set, when he exploded at the time violation given by umpire Renaud Lichtenstein. 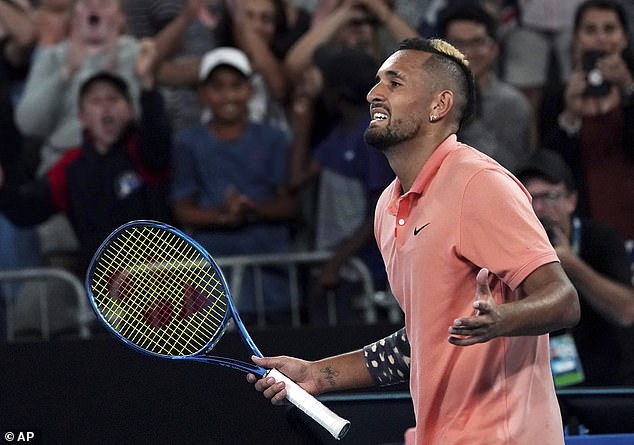 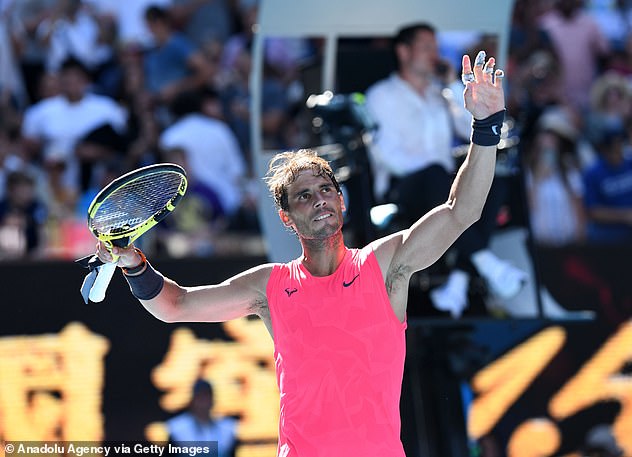 The man in the chair had failed to notice that his knuckles were badly bleeding, and that he was slightly delayed by not wanting to hand the ballkid his towel.

By then Kyrgios had missed a match point in the second tiebreak, and he was to face another in the third, facing the thunderous serve of the brave Khachanov. At 7-8 down in the tiebreak another near miss beckoned, but a brilliant backhand down the line turned it round and he won the last three points.

Britain’s leading partnership Jamie Murray and Neal Skupski made a disappointing exit from the second-round of the doubles when they lost 14-12 in a sudden death tiebreak to go down 4-6, 7-6, 7-6 to Americans Steve Johnson and Sam Querrey.

Murray revealed afterwards that he had been slightly concerned to hear the news of Wimbledon doubles champion Robert Farah’s recent positive drugs test, which he blames on eating the meat in his native Colombia.

The Scot’s wife Ali is Colombian and he spent time in the country before Christmas enjoying family barbecues.

‘It is funny because I went to Colombia in December and got tested three days later when I was in Miami,’ said Murray. ‘ So when his news came out, I was a bit stressed about what my test would be, but I passed it.’