A beaming nine-year-old Payton Crustner posed for a photo with a handmade sign celebrating her first day of school early Tuesday morning.

Ten minutes later, the East Texas fourth-grader was killed in a horrific two-vehicle crash on her way to class.

Crustner’s 16-year-old brother, who was also in the car with her, was rushed to the hospital in critical condition.

Final photo: Payton Crustner, nine, is pictured on Tuesday morning with a sign celebrating her first day in school, just 10 minutes before losing her life in a horrific crash 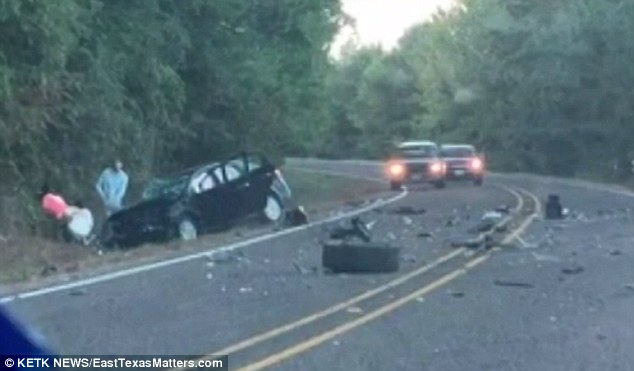 Crustner was riding in the backseat of this Nissan Sentra when a pickup truck crashed into it, causing the girl to be ejected onto the roadway

The other occupants of the vehicle, including the driver, 32-year-old Miranda Clark, and a three-year-old backseat passenger, were treated for non-life-threatening injuries and later released from the hospital. 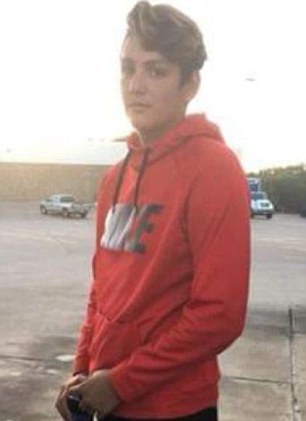 According to a preliminary crash report cited by EastTexasMatters.com, Clark was driving her 2017 Nissan Sentra south on Farm-to-Market Road 225 outside Henderson just after 7am when a northbound GMC pickup truck operated by 18-yer-old Marcus Dukes suddenly turned left and into oncoming traffic.

Clark veered to the left, also into oncoming traffic, to avoid colliding with Dukes’ vehicle, but the woman’s maneuver failed and Dukes’ truck smashed into the Nissan, causing the vehicle to spin out of control.

Clark was wearing a seatbelt at the time, but Payton, who was sitting in the backseat, only had the bottom portion of her seatbelt on and was ejected from the car onto the roadway on impact. She was pronounced dead at the scene.

The girl’s older brother, who was sitting in the front passenger seat, and the three-year-old who was also sitting in the backseat, were not buckled in.

The teen was rushed to Christus Trinity Mother Francis-Tyler in critical condition. Family members said he was still in the ICU on Wednesday. 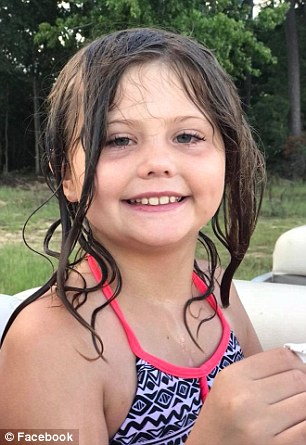 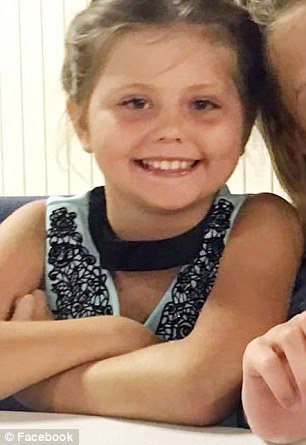 The nine-year-old only had the bottom portion of her seatbelt on at the time of the crash. She was pronounced dead at the scene 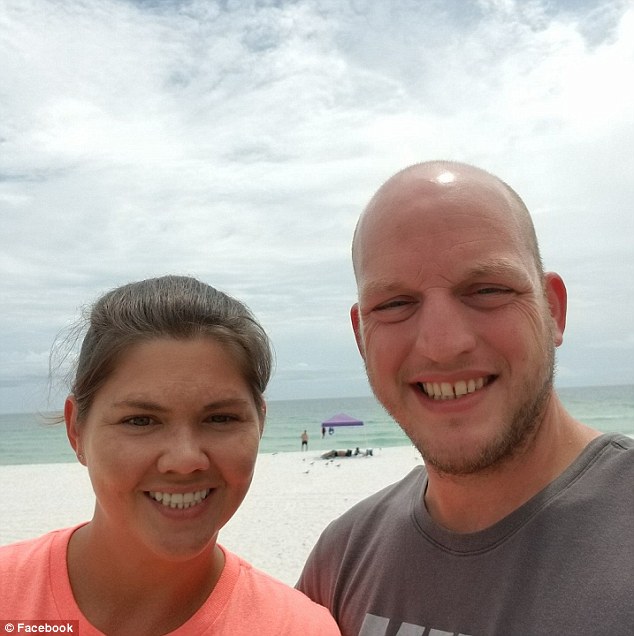 Dukes, the driver of the pickup truck, was also hospitalized and later released home. So far, no charges have been filed in connection to the deadly crash.

Meanwhile, a co-worker of Payton’s mother has launched a Facebook fundraiser to help the grieving family with the child’s final expenses and with her brother’s medical care.