No Britons have been selected in the list of 13 specialised Video Assistant Referees named by world governing body FIFA for this summer’s World Cup.

FIFA said ‘the selection criteria for the VARs was primarily based on their experience as video match officials in their respective national associations and confederation competitions, in addition to their successful participation in several preparatory seminars and FIFA competitions, where they enhanced their VAR knowledge and skills by using the system’.

The VAR system has been scrutinised for adding, rather than removing, controversy from officials’ decisions.

England is the only one of the home nations to have qualified for the tournament.

But there will be no match officials from England, Scotland, Wales or Northern Ireland, nor the Republic of Ireland, at Russia 2018.

FIFA has selected 36 referees and 63 assistant referees – 10 referees and 20 assistants are from UEFA – and some of these officials will also be given VAR appointments prior to matches.

The VAR team will be located in a centralised video operation room in Moscow and has access to all relevant broadcast cameras and two dedicated offside cameras, FIFA states on its website.

There will be one VAR and three assistant VARs for each match at the tournament, which begins when hosts Russia play Saudi Arabia in Moscow on June 14. 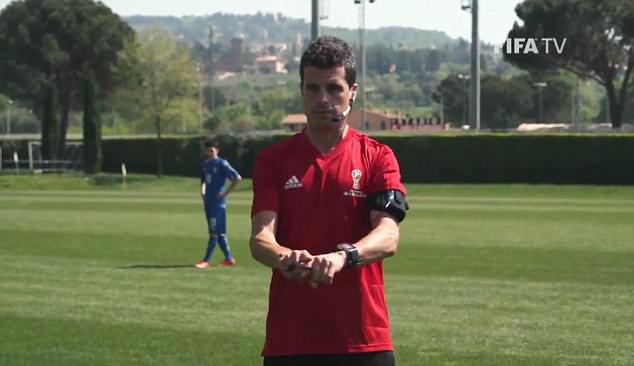