North Korea could have up to 40 nuclear weapons by the end of the year, peace research institute warns

North Korea could have built up to 40 nuclear weapons by the end of the year – a dozen more than Kim Jong-un had this time last year, researchers claim.

Dan Smith, of the Stockholm International Peace Research Institute, said his research shows that Kim has not stopped developing the weapons despite ‘denuclearization’ talks with the US.

Donald Trump last met Kim to discuss the possibility of giving up his nukes in Vietnam in February, but talks stalled after North Korea demanded immediate relief from US sanctions in return for only partial steps toward disarmament.

Kim Jong-un could have stockpiled up to 40 nukes by the end of the year, researchers say, meaning he has continued to build the weapons despite talks with the US 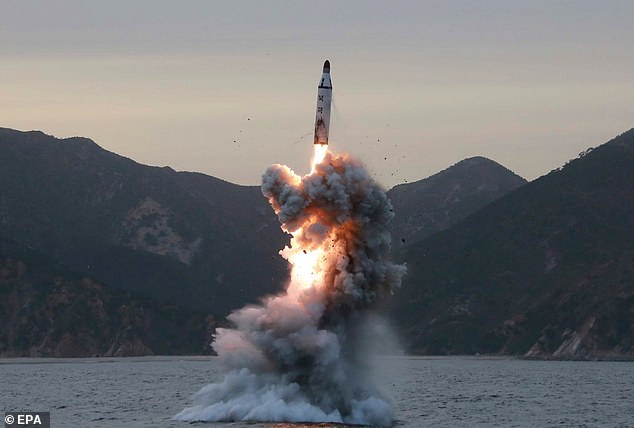 Researchers from the Stockholm International Peace Research Institute say North Korea had between 20-30 nukes at this time last year, and has built around a dozen more since then (file)

Kim said earlier this month that he wants to restart talks as soon as possible, or else he would walk away from the negotiating table altogether.

In the meantime, he has begun testing short-range rockets and missiles again which had been paused while talks were ongoing.

However, he has not yet tested long-range weaponry of the kind that sparked a war of words with Trump that saw the US President brag that his nuclear button was ‘bigger’ than Kim’s.

Mr Smith, speaking to Chosun Ilbo at the Swedish ambassador in Seoul, said his research underlines the need for both sides to be clear with each other about exactly what ‘denuclearization’ means.

‘The definition of denuclearization is a big thing to be worked out’ as it is not only a ‘technical’ matter but also a highly ‘political’ issue, he said. 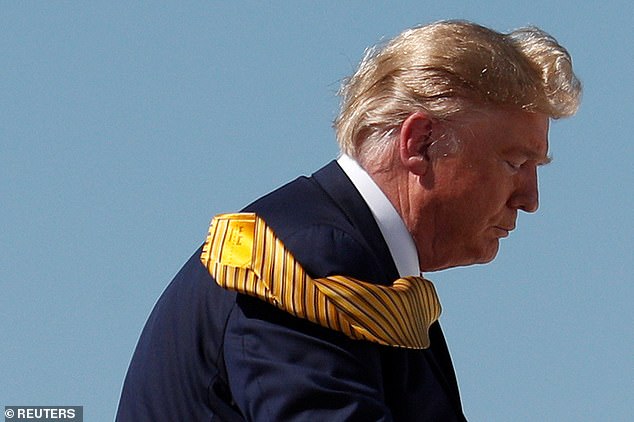 While those in Washington have taken ‘denuclearization’ to mean something similar to ‘disarmament’ – meaning Kim will destroy his nuclear arsenal – North Korea has never shown that it agrees with this definition.

Instead, the country has been signalling that it wants the complete removal of all nuclear weapons from the Korean Peninsula – including American nukes.

Achieving that goal would likely mean the withdrawal of US forces from South Korea and Guam.

North Korea had managed to negotiate a halt to joint South Korean-US military drills, which it considers rehearsals for an invasion, though these restarted earlier in the year despite Kim’s protests.

Kim is also thought to want security guarantees for his regime, which has ruled North Korea with an iron-fist since the end of the Korean war in 1953.