Chief Minister Michael Gunner says a 78-year-old woman is being treated in Royal Darwin Hospital, while the other eight cases have been taken to the Howard Springs quarantine centre.

The Australian Defence Force has been called in to help with transferring positive cases and close contacts to the centre of national resilience.

Covid-19 vaccination rates in the Katherine region are below the Northern Territory average (pictured, jabs are given out in a remote Aboriginal community)

No new cases were confirmed on Sunday but Mr Gunner said more should be expected in Binjari and lockdown arrangements for nearby Katherine and Robinson River are likely to be in place for several weeks.

‘What has become clear to us based on the level of movement that has been happening in some communities outside of Katherine, is there is a real risk the virus has reached the connected communities further away,’ he told reporters.

‘Given this … we are issuing a mask mandate for communities in the West local government areas: Buronga, Daly Waters, Nat Arango, Pine Creek and other areas.

‘Binjari is a low vaccination community, nine positive cases in one day and one is in hospital,’ Mr Gunner added.

‘Binjari has a smaller population than Robinson River. Please get vaccinated, once you catch the virus that will be too late. We need you to get the vaccine now.’ 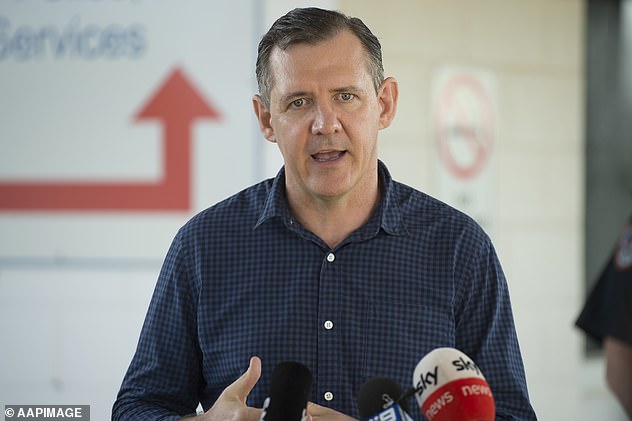 NT Chief Minister Michael Gunner (pictured) said one of the new cases, a 78-year-old woman, is being treated in Royal Darwin Hospital

Health authorities announced five men and four women had been diagnosed in Binjari late on Saturday. It is understood the group is from several different households.

A woman from Robinson River, 1000km southeast of Darwin, became the sixth person in her community to be diagnosed earlier on Saturday.

All 10 are Indigenous Territorians aged between 17 and 78 and bring the territory’s current cluster to 31 cases.

The outbreak was triggered by a 21-year-old infected woman who illegally entered the NT in late October after contracting the virus in Victoria and lying on her border entry form.

Some of the territory’s key Indigenous bodies gave their backing to Mr Gunner’s handling of the outbreak on Sunday. 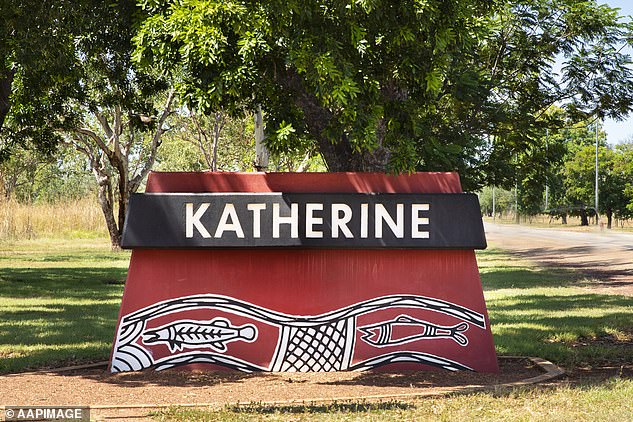 The Aboriginal Medical Services Alliance and Northern, Tiwi and Anindilyakwa land councils said they were ‘confident that the NT government is taking all appropriate steps’ to protect the communities involved.

Unvaccinated travellers will no longer be able to enter the NT from Monday, under sweeping border rule changes.

The only exception will be essential personnel and Territorians returning from jurisdictions where the virus is not present, called green zones.

Fully vaccinated arrivals from red zones where the virus is present will be able to quarantine at home for seven days but will need to have a rapid antigen test upon arrival and return a negative PCR test within 72 hours.

They must also get re-tested five, eight and 14 days after leaving quarantine and stay in a high vaccination zone away from aged care facilities and remote communities.

The home quarantine requirement is scheduled to end on December 20 with rapid antigen testing extended to all arrivals.