South Sydney and Melbourne Storm legend Greg Inglis has tied the knot for the second time, marrying his partner Alyse Caccamo in a stunning ceremony at an exclusive venue in the NSW Hunter Valley.

The NRL great and Caccamo were wed in front of 30 guests at Peppers in Pokolbin, with close family friends and Inglis’s daughter Quinn and son Nate in attendance.

Inglis and his new bride were first reported to be a couple in March 2019, when he posted a heartfelt tribute to her online after splitting with first wife Sally Robinson, the mother of his children.

Alongside images of his children and Alyse, Inglis wrote: ‘The most important [people] in my life.’ He then added ‘love you Alyse’. 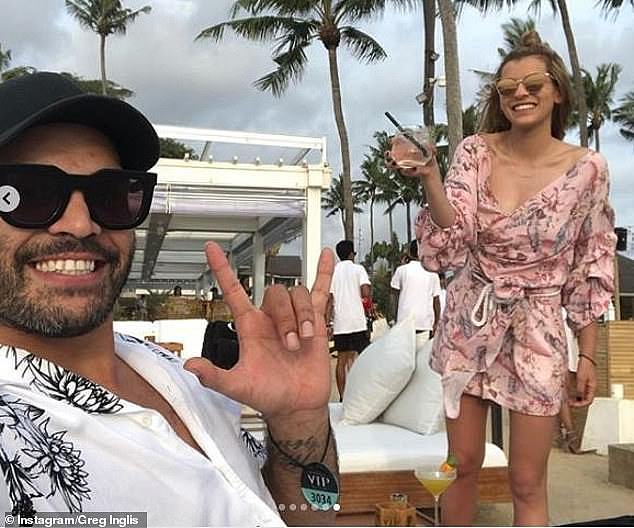 The premiership winner has credited Caccamo with helping him get his life back on track when he ended up in rehab after hitting a downward spiral with bipolar disorder and alcohol abuse when he suffered a season-ending injury in 2017.

He needed another stint in rehab after going on a three-day bender in 2019, during which he could not be found by his club, teammates, friends or partner.

But with unwavering support from Caccamo and Robinson, he turned his life around and became a strong advocate for seeking help with mental health.

‘When I see the people around me that I’ve hurt along the way, it still hurts me today to see what I’ve put them through,’ he said in August 2020.

‘Right now I feel like we’ve got a great balance of life.’

Inglis moved in with Caccamo and her family on their country property, where they care for retired racehorses. 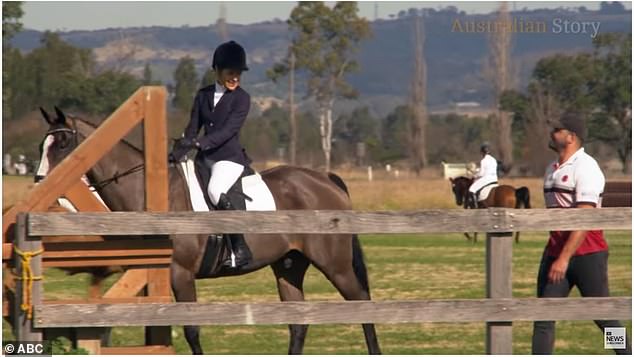 Inglis moved in with Caccamo on her family’s property, where they care for retired racehorses 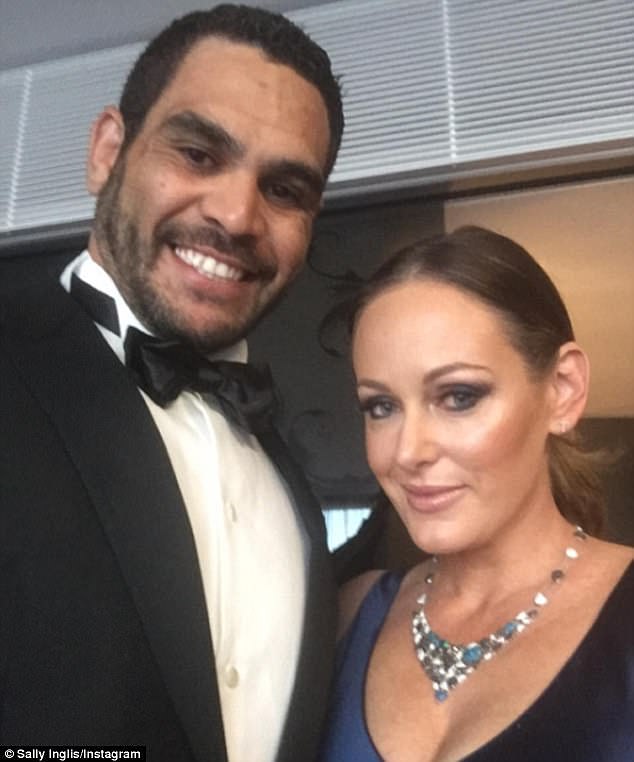 The Souths champion’s first wife and mother of his two children, Sally Robinson (pictured together), was present at the wedding 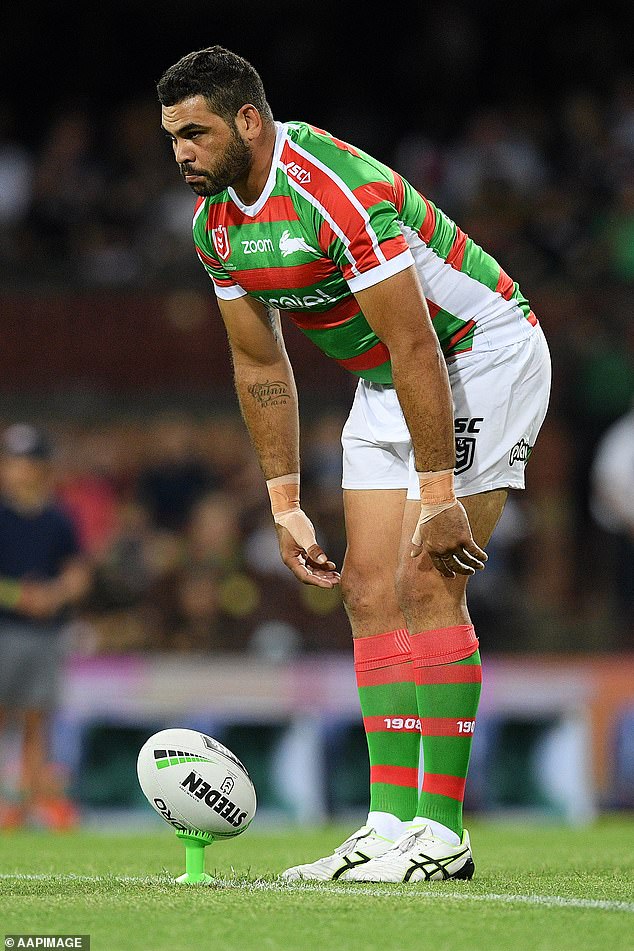 He’s now running the Goanna Academy, which sees him travel to schools to tell kids to look after their mental health.

After retiring from the NRL in 2019, he played three games for Warrington in the UK before injury brought his comeback to a halt, with Caccamo joining him there.

The 146-game Souths champion knocked back an offer to join Rabbitohs coach Jason Demetriou’s coaching staff after having a conversation with his new wife.

He then turned out for his home town team, the Macksville Sea Eagles, on the NSW north coast, and is working on his Strive clothing brand.

Inglis was regarded as one of the best players in the world during his stellar career, which saw him win the premiership with Souths in 2014, and star in 32 games for Queensland and 39 appearances for Australia.