NTAs: The worst dressed celebrities on the red carpet

On the most glamorous night of the year for the British television industry, small screen celebrities pulled out all the stops to look their best.

But some unfortunately failed to set the red carpet alight with their style choices.

From pairing trainers with dresses to the designs that commanded attention for all the wrong reasons, FEMAIL reveals some of the fashion faux pas from TV’s big night. 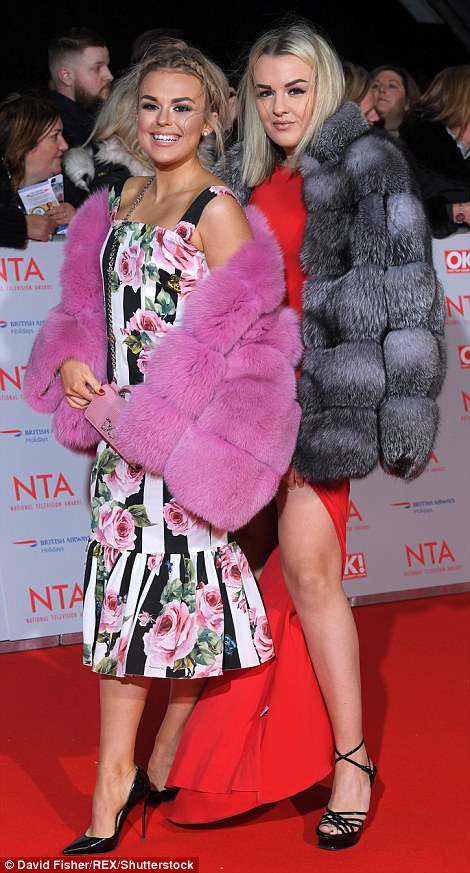 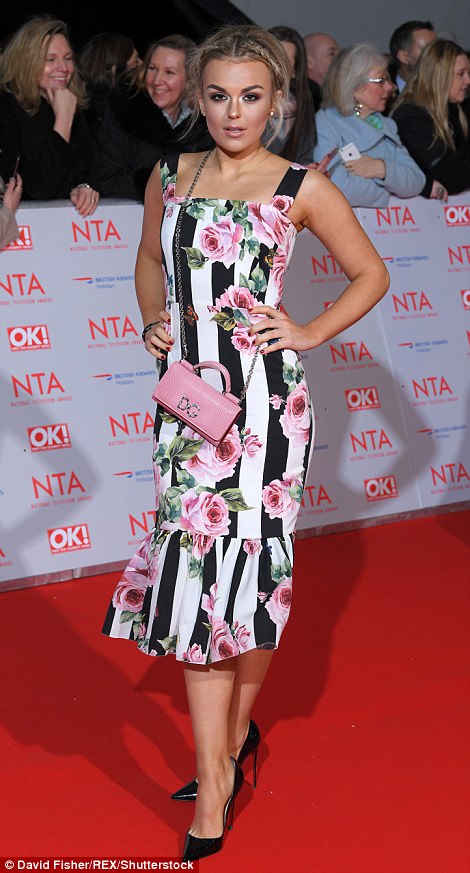 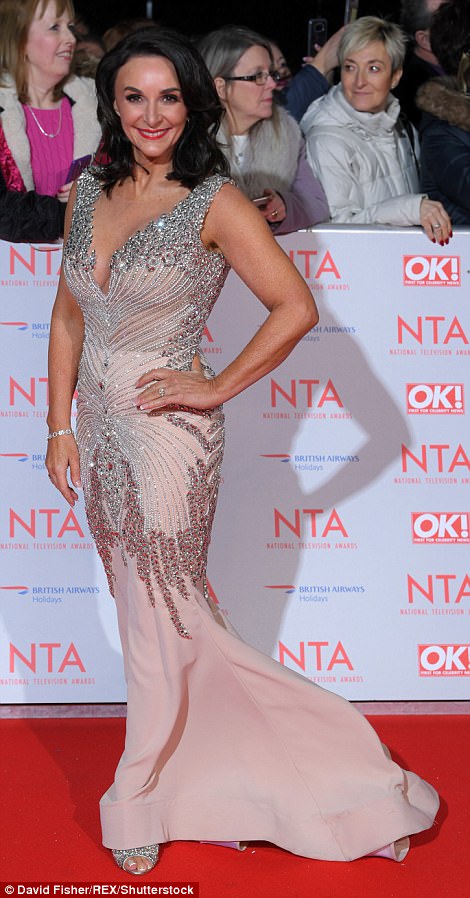 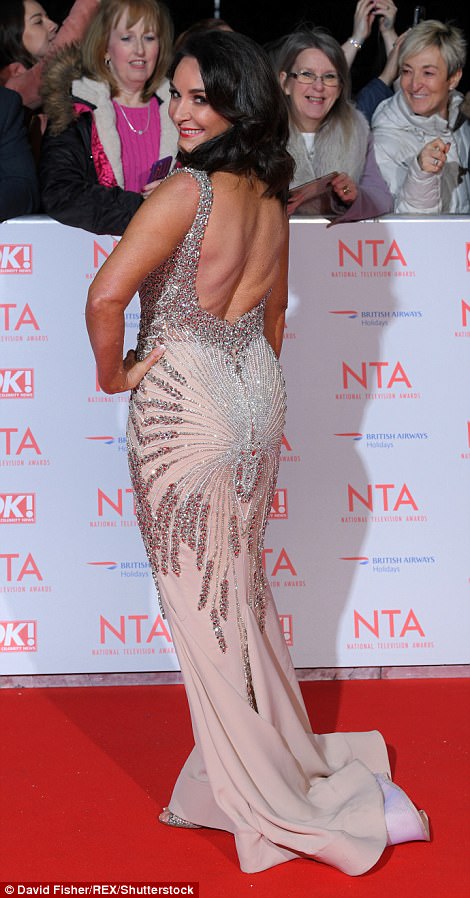 Singer Tallia Storm made sure all eyes were own her in a black and white striped midi dress with a garish floral detail, but stole the show for all the wrong reason.

Talia, 19, accessorised her garish frock with a huge bright pink faux fur coat, which she matched with a friend’s fluffy grey number.

But the Celebs Go Dating star was far from the worst dressed on the red carpet, as she was followed by big names making big sartorial slip ups.

Strictly Come Dancing head judge Shirley Ballas wore a glittery number that seemed more suited to the ballroom than a walk down the red carpet.

The tight-fitting ballgown was embellished almost top to bottom in rhinestones, ensuring the 57-year-old stood out amongst the crowds. 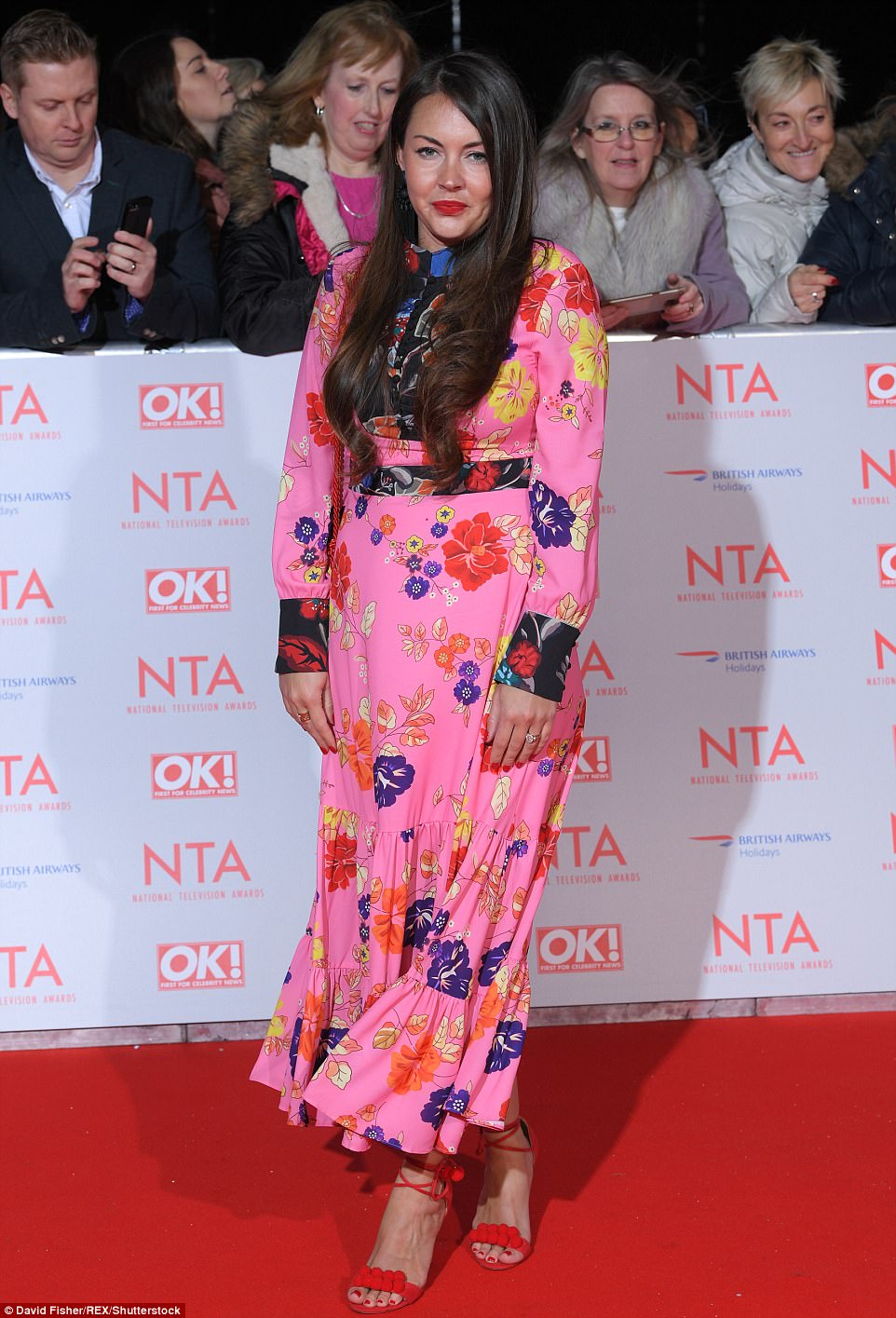 EastEnders Lacey Turner, 29, looked washed out by the luminous colours in her mid length dress 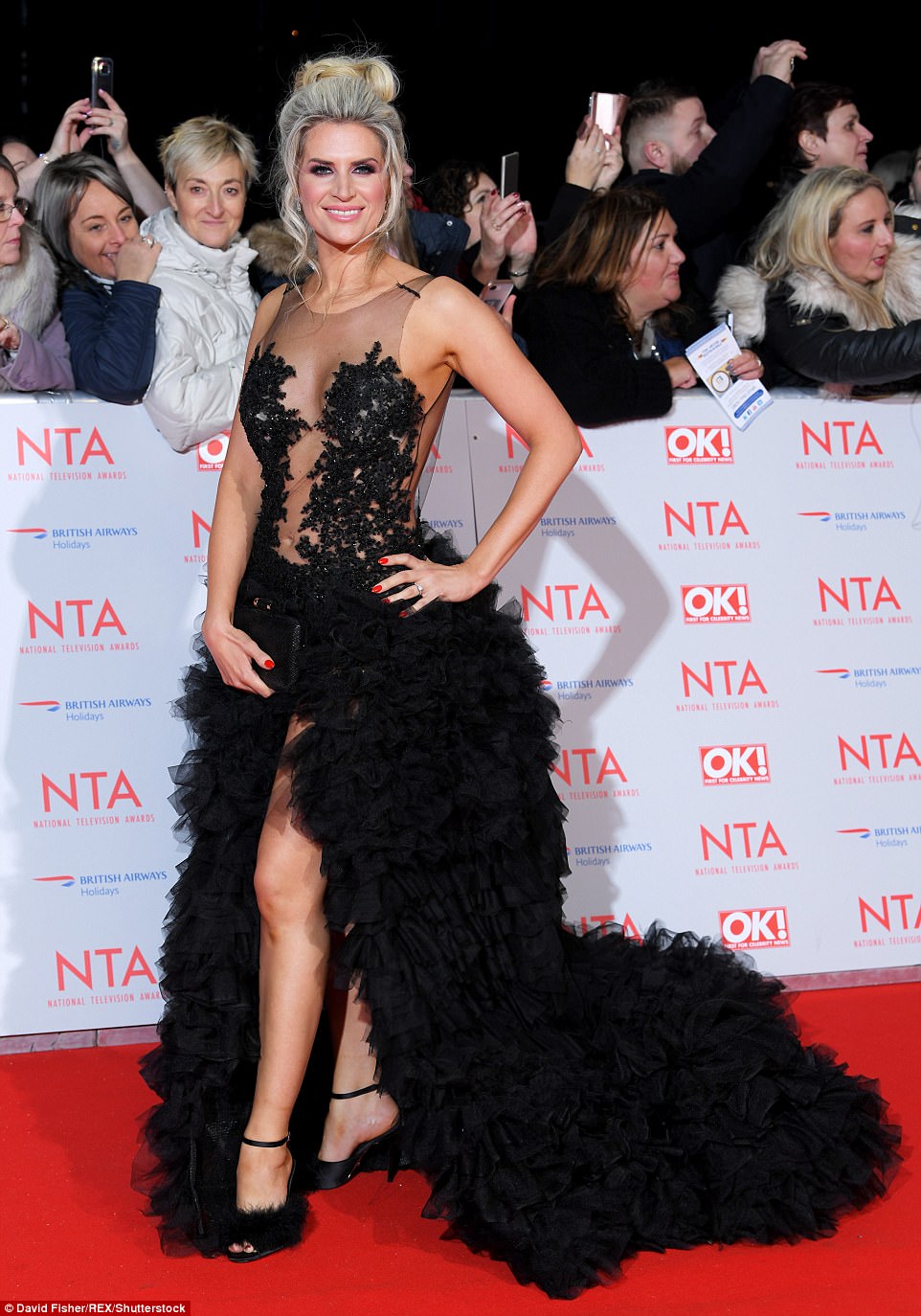 Hollyoaks star Sarah Jayne Dunn, 36, flaunted both her cleavage and her navel in a very fussy gown at the awards

Also sporting a rather daring gown was former TOWIE star Danielle Armstrong, 29, who showed off her curves in an unflattering cold shoulder number.

The dress featured a sequin waistband as well as cut outs to the arm, giving the blonde a frumpy silhouette.

Opting to go for a splash of colour, EastEnders regular Lacey Turner went for a luminious pink dress with a clashing floral pattern.

The actress, who plays Stacey Fowler in the BBC One soap, looked washed out by the bright colours in her outfit. 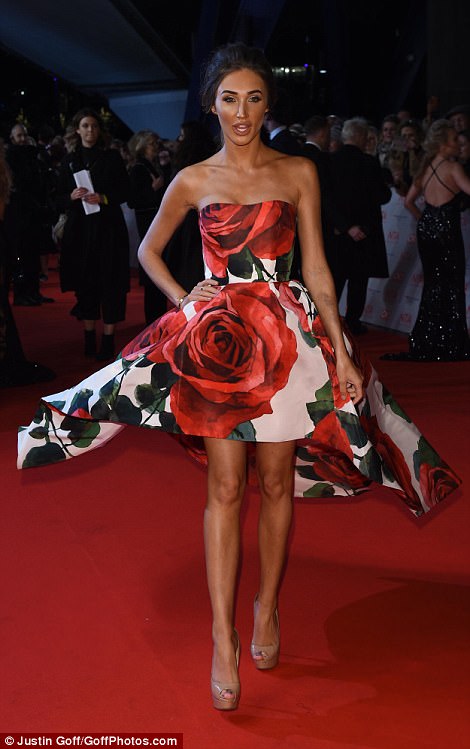 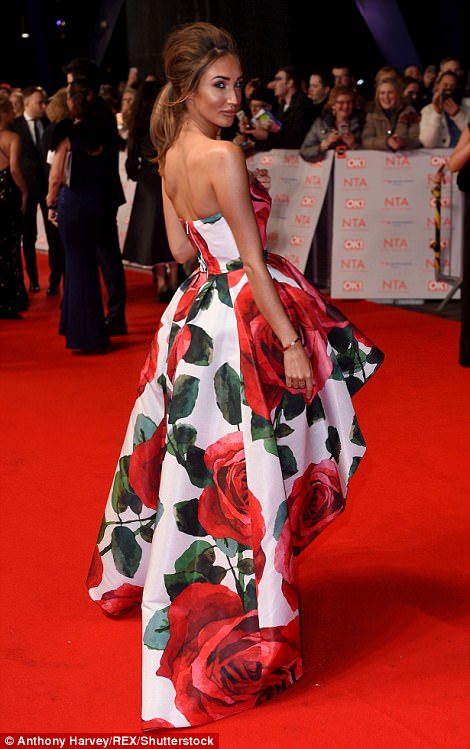 TOWIE star turned country singer Megan McKenna, 25, made sure all eyes were on her in a garish rose print dress 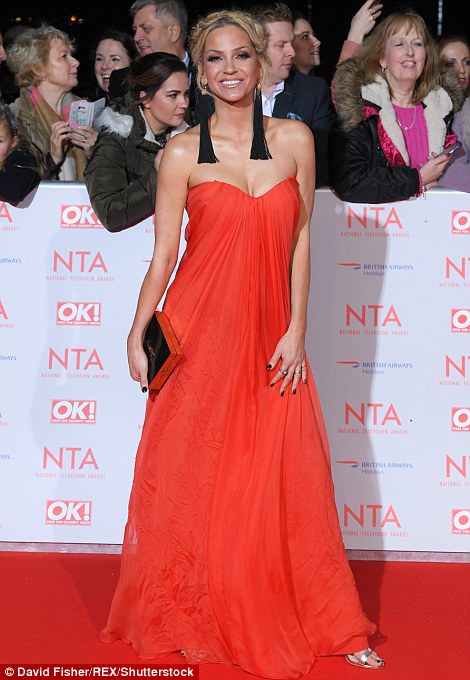 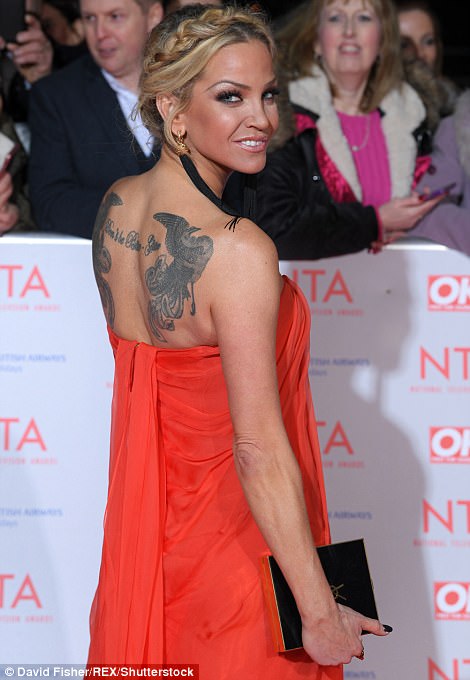 Sarah Harding, 36, who made her TV comeback in Celebrity Big Brother, clashed with the red carpet in this bright gown, which resembled a bed sheet 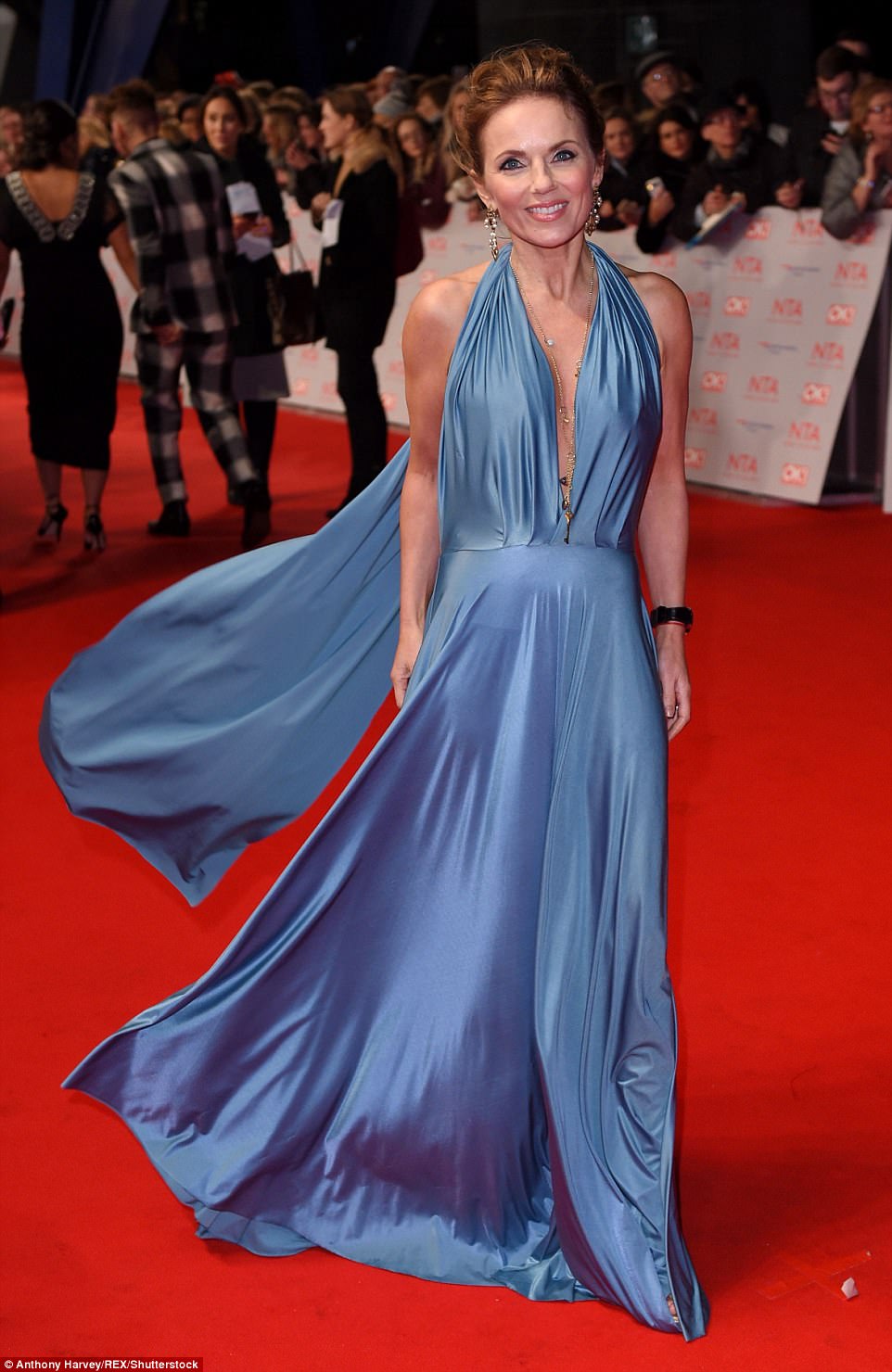 She wasn’t the only soapstar who got it wrong, though, as Hollyoaks actress Sarah Jayne Dunn, 36, arrived in a very out there dress.

The star, who plays Mandy in the Channel 4 soap, flashed her cleavage and navel in a very low cut gown, that was also slashed at the thigh.

Representing the ITV crowd was Loose Women panelist Stacey Solomon, who decided to pair her blue satin dress with a pair of trainers. 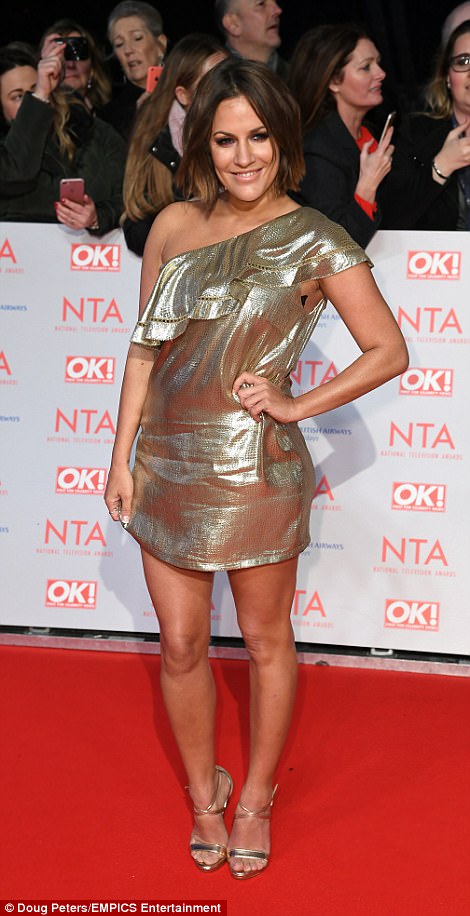 Caroline Flack, 38, showed off her trademark pins in this bizarre metallic silver number, which looked a little like tin foil

Hollyoaks actress Chelsee Healey, 29, flashed a lot of flesh in this daring black gown, including a very raunchy display of sideboob 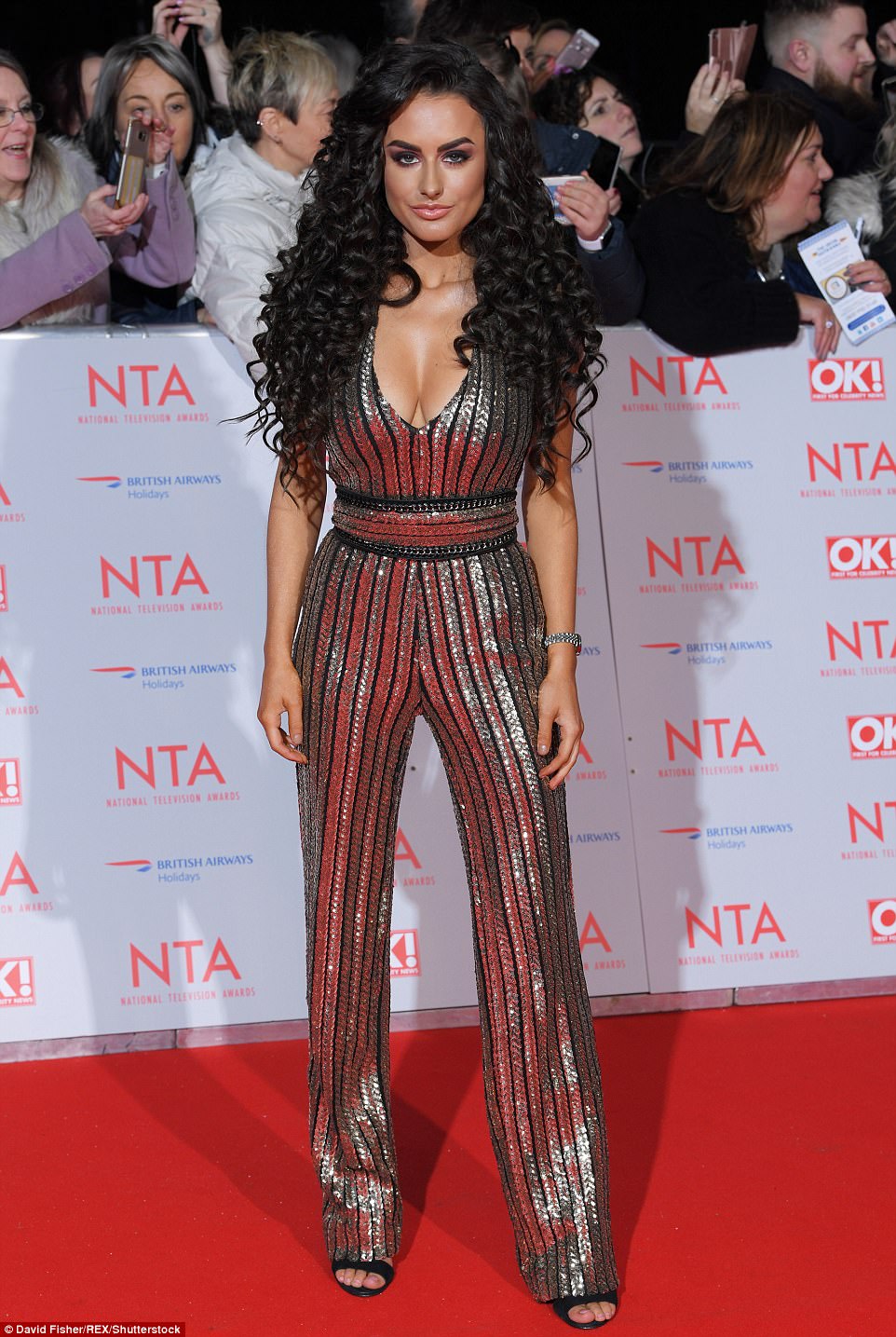 Love Island’s Amber Davies, 21, failed to impress in this disco-inspired jumpsuit and huge curled hair do for her big night on the red carpet

The 28-year-old shunned an uncomfortable pair of stilettos for her kicks, which she flaunted proudly underneath her waterfall-hemmed frock.

The former TOWIE star turned country singer showcased her never ending pins and deep tan as the fussy dress blew in the wind.