Number of Germans living in Britain has grown to 139,700

Statisticians added that the stationing of hundreds of thousands of British troops in Germany since the Second World War contributed significantly to the picture.

The ONS said: ‘The stationing of UK troops in Germany since the Second World War has contributed significantly to the picture of migration in both countries.’

For example, there are more British males living in Germany than females, according to the report.

There are also indications that there is a proportion of the resident population of UK citizens in Germany that is ‘very settled’.

Figures show that 52 per cent of British adults living in Germany are married – and in the majority of cases, their spouses are non-migrant German citizens.

This is in contrast to the pattern seen in France, where most married or cohabiting British citizens are married to or living with compatriots.

Meanwhile, the report notes that there is a large proportion of German women in the UK, who could potentially be partners of British servicemen who have returned from a posting in Germany.

There is a further large group of women aged 70 or over, who would have been born before 1947 and may have come to the UK as part of the migrations of the early 20th century. 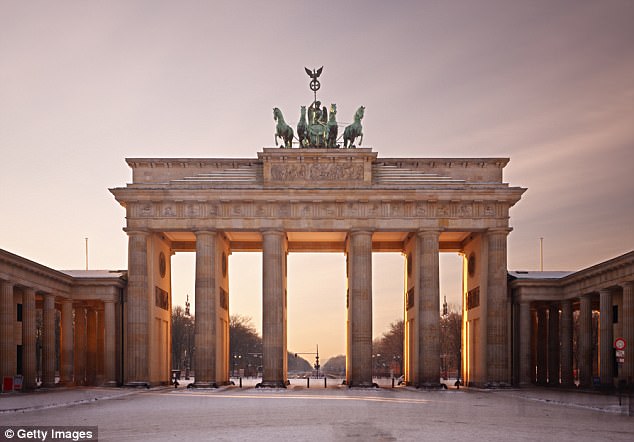 The analysis said an estimated 76 per cent of German citizens aged between 16 and 64 in the UK were in employment in 2014-16.

Most of those living in the UK work in public administration, education and health.

Some 79 per cent of UK citizens living in Germany were in work, with the the most common industry of employment identified as administrative and support service activities.

The ONS said the article ‘looks at how migration between the UK and Germany has been shaped by their unique historical relationship’.

The report was created in response to an increased user need for data about the people who may be most likely to be affected by the UK’s decision to leave the EU.

Emma Rourke, director of public policy analysis at the ONS, said: ‘As we look at the way events of eight decades ago continue to materially affect migration between the UK and Germany even today, this series of articles is demonstrating just how complex and unique the relationships are between the UK and each of its individual partners within the EU.

‘The patterns of migration differ markedly from one country to another, which will present a variety of challenges to policy makers as decisions are made which affect the future of UK and EU citizens following Brexit.’