Number of women having IVF without a man soars by 35%

A generation of women are choosing to have a baby on their own through IVF.

The number trying to start a family without a father has leapt by a third in two years.

Experts say these are not necessarily career women, but often people who have simply failed to find Mr Right.

A generation of women are choosing to have a baby on their own through IVF. The number trying to start a family without a father has leapt by a third in two years (file photo)

Growing numbers of women are choosing to freeze their eggs, with the most common reason being they want to put off having a child because they have no partner.

The number who have registered for IVF on their own has risen 35 per cent in two years, the Human Fertilisation and Embryology Authority said.

Couples must have tried to have a baby by having unprotected sex for two years before they qualify for IVF on the NHS, under guidance set by watchdog NICE.

Those for whom this is not possible – such as a single woman – are required to have 12 cycles of artificial insemination before being eligible for NHS fertility treatment.

As they have to pay for the donor sperm, as well as each cycle of insemination, this can cost more than £10,000.

There is no guarantee they will then qualify for free treatment on the NHS, as not all clinical commissioning groups follow NICE guidance. Those who still want to go ahead and have IVF privately can face an average cost of £11,378. 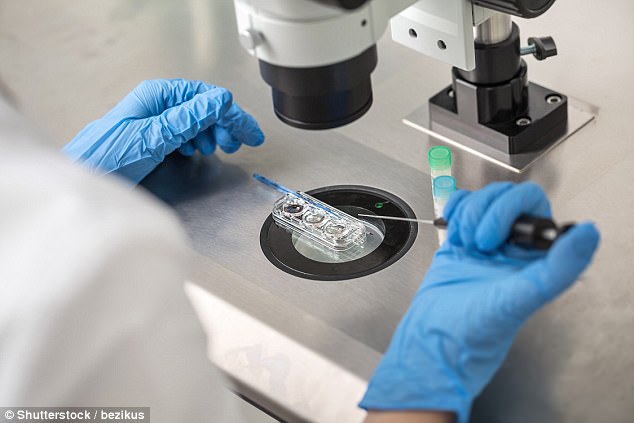 Given the greater bill for a single woman, they are more likely to be tempted by egg sharing, in which their bill is reduced if they donate some of their eggs to another couple.

‘It’s hard work, but I have no regrets’ 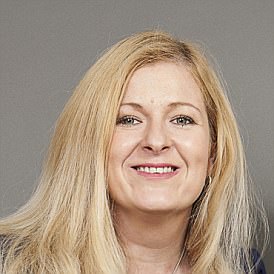 Kate Mooney had wanted a child for as long as she could remember, but could not find Mr Right.

She decided to have IVF on her own and conceived first time in October 2014. Her son Luke is now two years old.

She said: ‘I had lots of not-great relationships and it was always in the back of my mind that I wanted a baby. It is hard work, as I do the mealtimes, the bedtimes and the waking up – I have no partner to share that with.

‘But I have no regrets at all, as I also get all of the affection from my son too.’

Miss Mooney went to a private clinic in Chester, where she opted for IVF with donor sperm and took hormone injections to harvest 13 of her eggs.

Critics say this can lead to heartache for women who fail to become pregnant by IVF but whose eggs may be used by someone else to start a family.

Commenting on the latest figures, Professor Geeta Nargund, medical director of Create Fertility, a private IVF specialist, said: ‘More and more women are opting to start a family as single women either because they have not found a suitable partner or their partner is not ready to start a family.

‘They are conscious that their biological clock is ticking and they do not want to lose out on genetic motherhood. There are also some women who are supported by their parents financially and emotionally to go it alone when they do not have a partner.’

Women aged 40 to 42 make up almost one in five of those who choose to have IVF with donor sperm.

The rise in women postponing motherhood because they are single is thought to be behind the rise in egg freezing. In 2016, IVF clinics carried out 1,173 cycles of egg freezing, which was up 10 per cent from the previous year.

About 21 per cent of transferred embryos result in a baby. But the fertility watchdog’s report also showed just one in eight regions in England was following health guidance for IVF, with provision described as ‘patchy’.

The percentage of clinical commissioning groups which have cut IVF on the NHS has risen from 1 per cent in 2013 to 3 per cent last year.