Australian nutritionist Jessica Sepel and her husband Dean Steingold have purchased a spectacular mansion in one of Sydney’s most affluent suburbs for $14.6million.

The couple – who together run JSHealth, a multi-million dollar supplement brand known for its $45 ‘miracle’ vitamins – snapped up the property with five bedrooms, seven bathrooms and a lavish swimming pool.

Their new home is a magnificent three-storey in Vaucluse in the eastern suburbs with standout features including a gym, sauna, landscaped gardens, a temperature-controlled wine cellar and a three-car garage.

An open plan living and dining area on the first floor overlooks the stunning ocean, offering unrestricted views of the Sydney Opera House and Harbour Bridge. 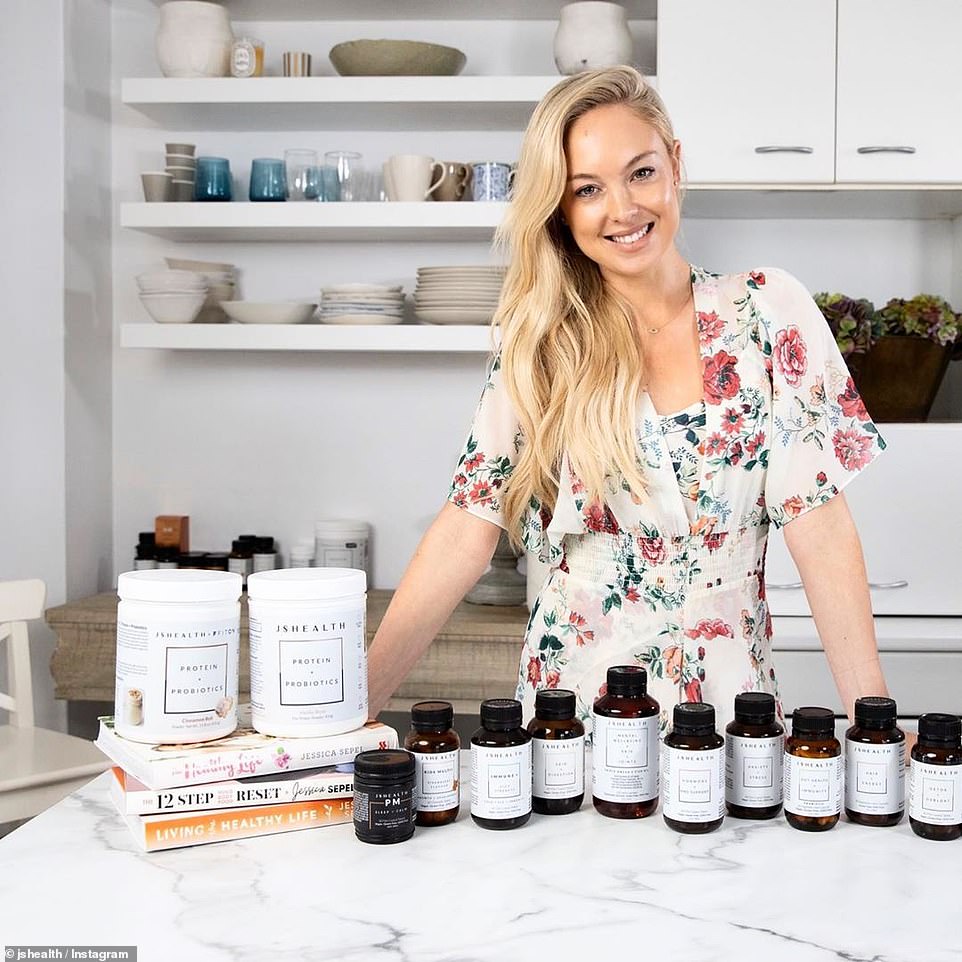 Previous owner film director Rebecca Rocheford Davies, who purchased the house for $5.5million in 2001, sold in early September but the buyers remained a mystery until Mr Steingold was named in legal documents pertaining to the property, Wentworth Courier reported.

Set on a 1,200 square metre block, the house is described as a ‘magnificent residence [that] offers a truly world class lifestyle of position and prestige’.

Sun-soaked balconies, ornate fireplaces and arched windows are peppered throughout with a terrace for entertaining on one side and a three-car garage to the rear. 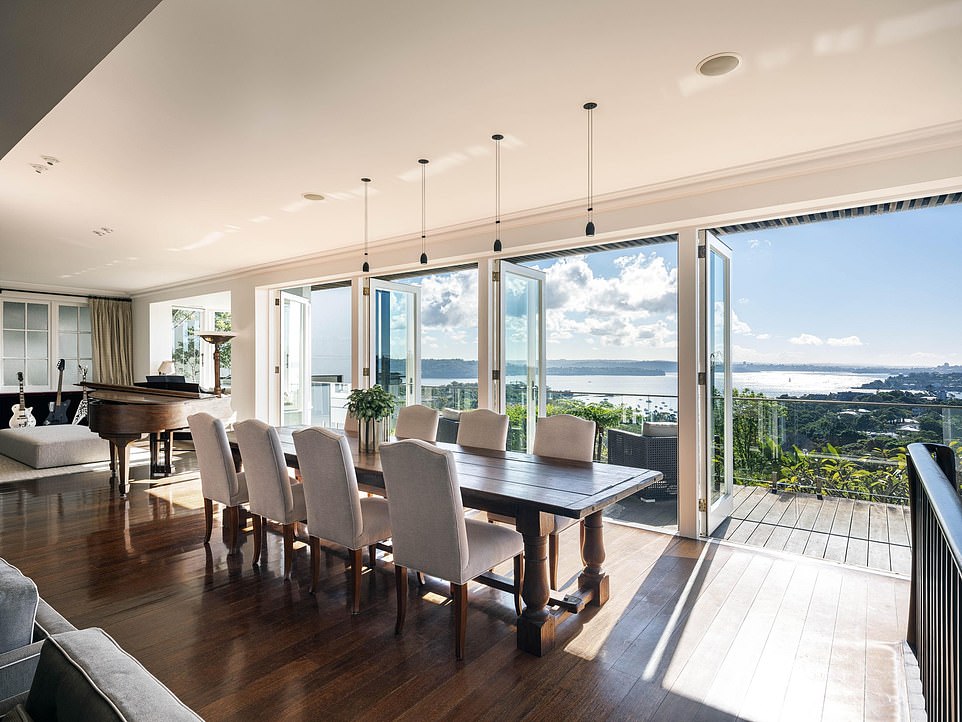 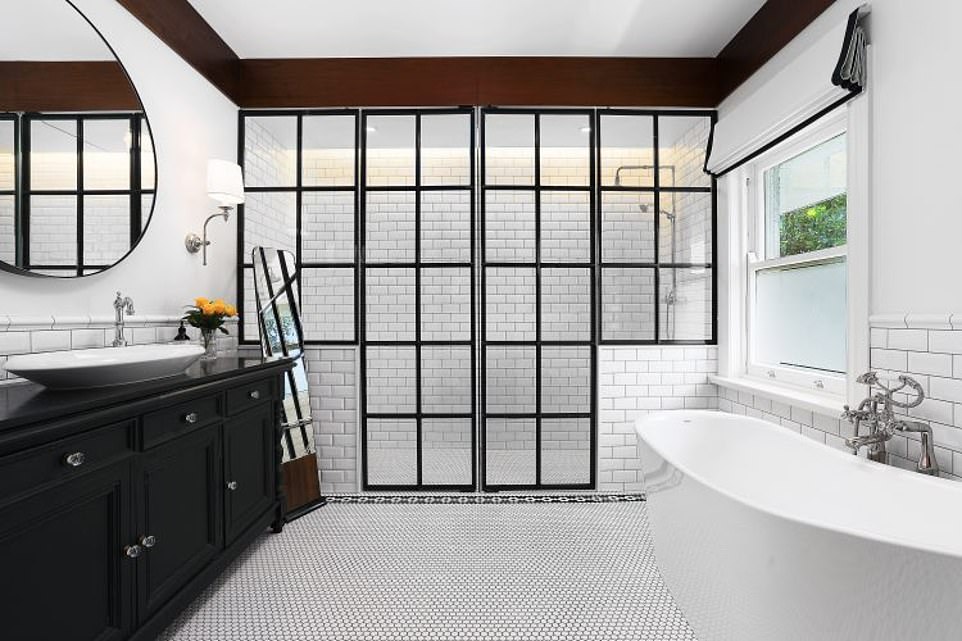 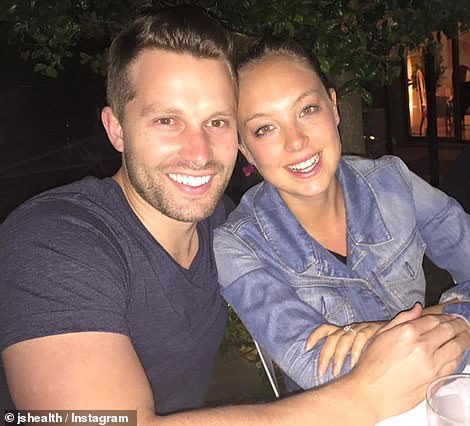 Jessica Sepel and Dean Steingold, who made their fortune selling skin and hair enhancing supplements

Sprawled across the split-level ground floor is a luxury kitchen, formal dining and living area, gym, sauna, library and laundry room, with a large balcony facing the harbour and a study tucked away at the back.

There’s also an entertainment room that’s perfect for parties with the potential to be transformed into a home cinema, as well as three of the seven bathrooms.

Upstairs is a second living space, home office and all of the five bedrooms, including a spacious master complete with ‘his and hers’ dressing rooms, a double ensuite and a ‘parents’ retreat’.

The top floor is taken up with an ensuite guest retreat, storage space and yet another harbour-facing balcony.

Not bad for a couple who have made their fortune selling supplements that promise to promote hair growth, improve digestion and enhance skin’s natural radiance. 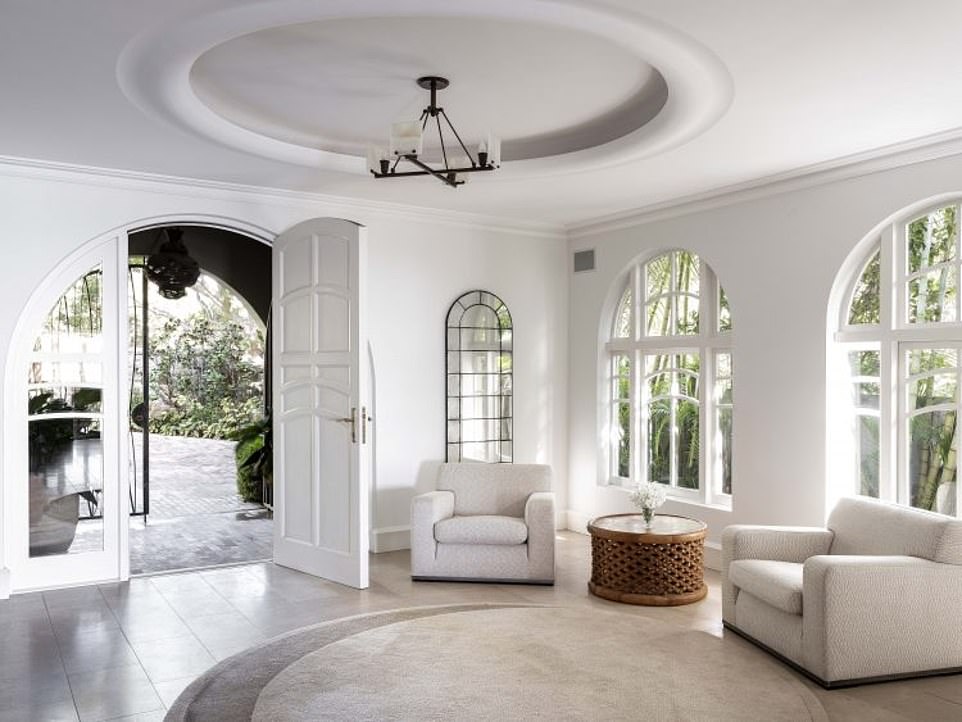 Sun-soaked balconies, ornate fireplaces and arched windows are peppered throughout the one-of-a-kind home

Reviews on the JSHealth website stand testament to the benefits of the products, which customers have credited for restoring their lustrous locks after years of hair loss.

Others claim to have cured chronic acne by taking JSHealth tablets laden with zinc and vitamins B and C, which have been proven to relieve inflammation and reduce the severity of pimples over time.

Ms Sepel and Mr Steingold, who have been married since 2015, also have an app pre-loaded with over 300 healthy recipes, an eight-week vegan diet plan and separate collection of vegan vitamins.