New York City is moving ahead with its plan to open up to 100 miles of streets to pedestrians and bicycle riders across the five boroughs during the COVID-19 pandemic as Mayor Bill de Blasio announced on Thursday that 12 more miles of roadways will be off limits to vehicular traffic.

The mayor held a news conference on Wednesday during which he announced that 11.7 more miles of streets would be open to pedestrians starting on Thursday.

De Blasio also said that the city is expanding options for bike riders as cyclists will now be able to ride on 9.2 more miles of protected lanes that will be open by the end of May. 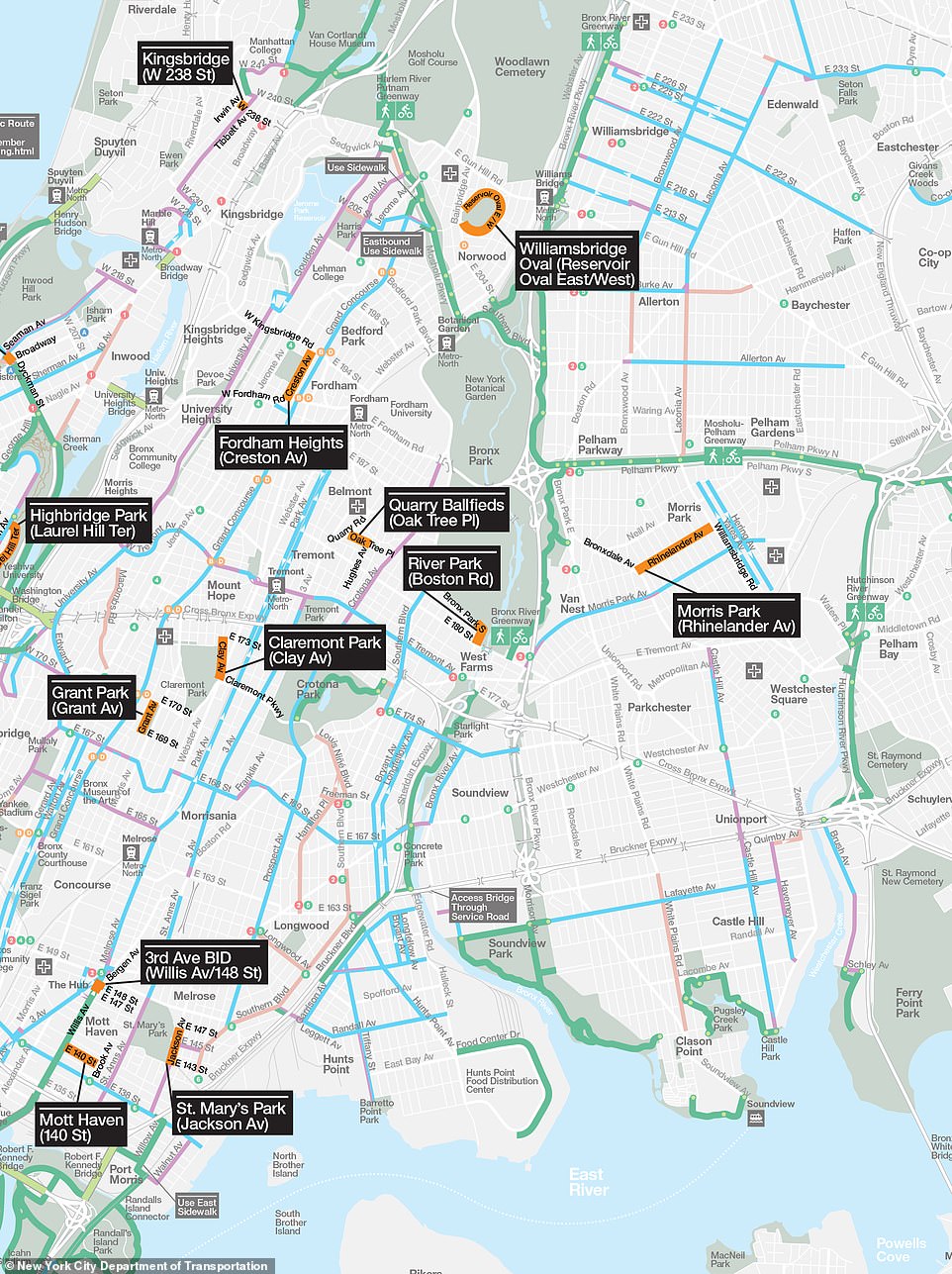 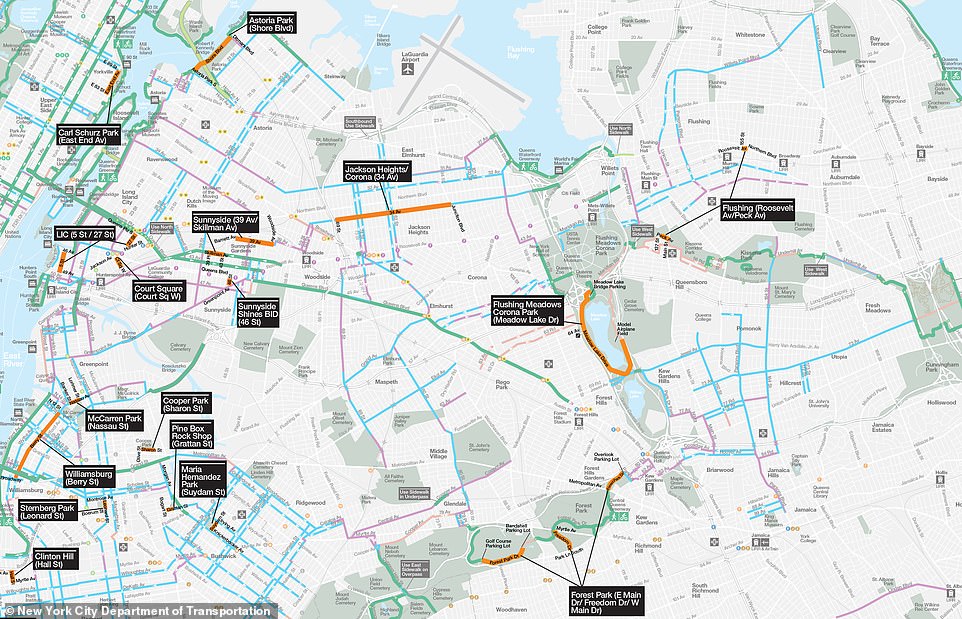 The streets surrounding Flushing Meadows in Queens as well as parts of Long Island City, Astoria Park, and Jackson Heights have also been designated as pedestrian-only roadways 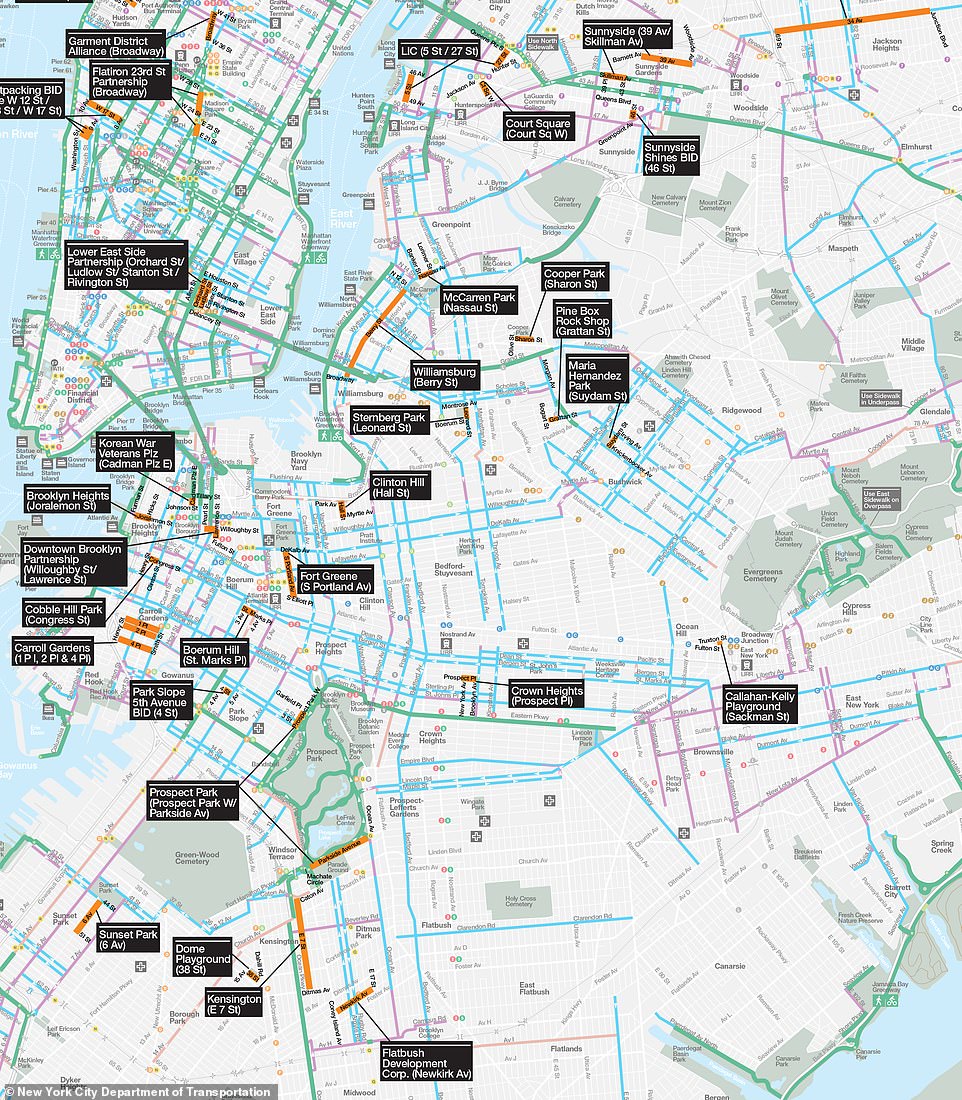 The city has also made roadways in parts of Brooklyn off limits to vehicular traffic, including streets in downtown, Brooklyn Heights, Williamsburg, and Prospect Park 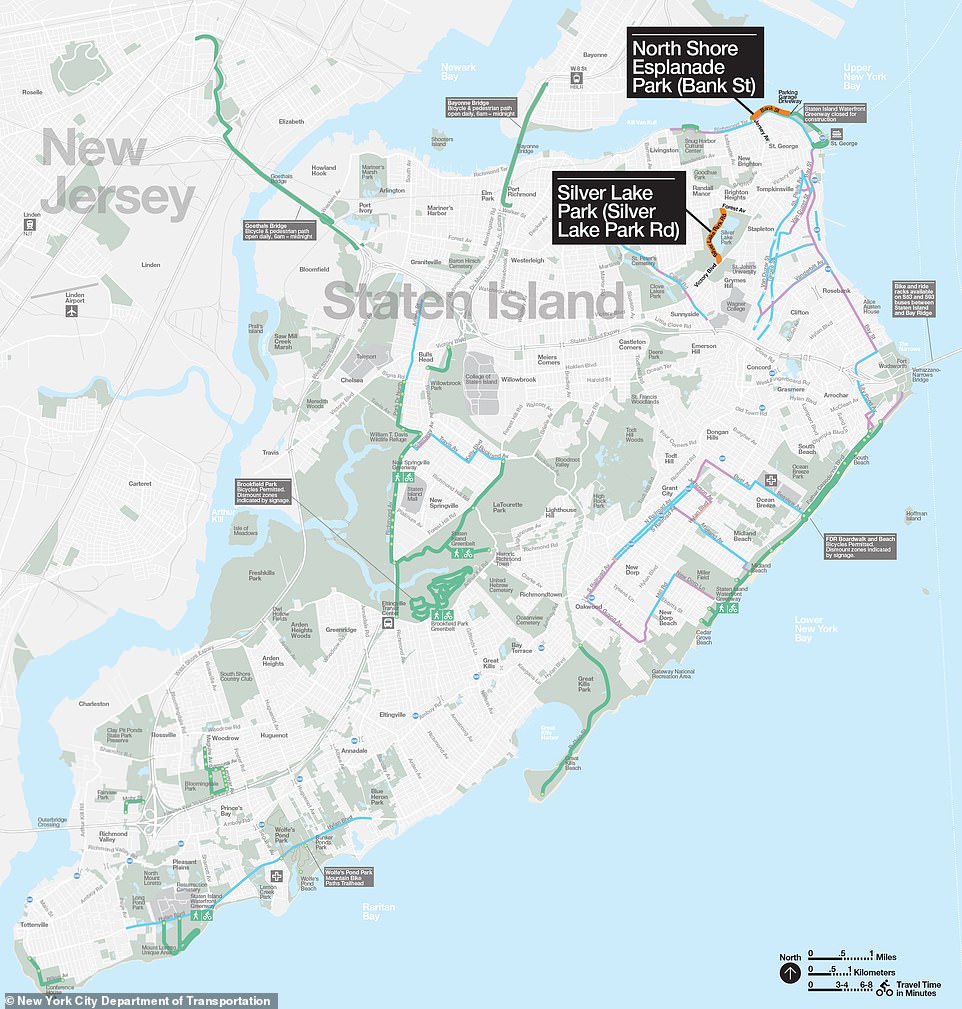 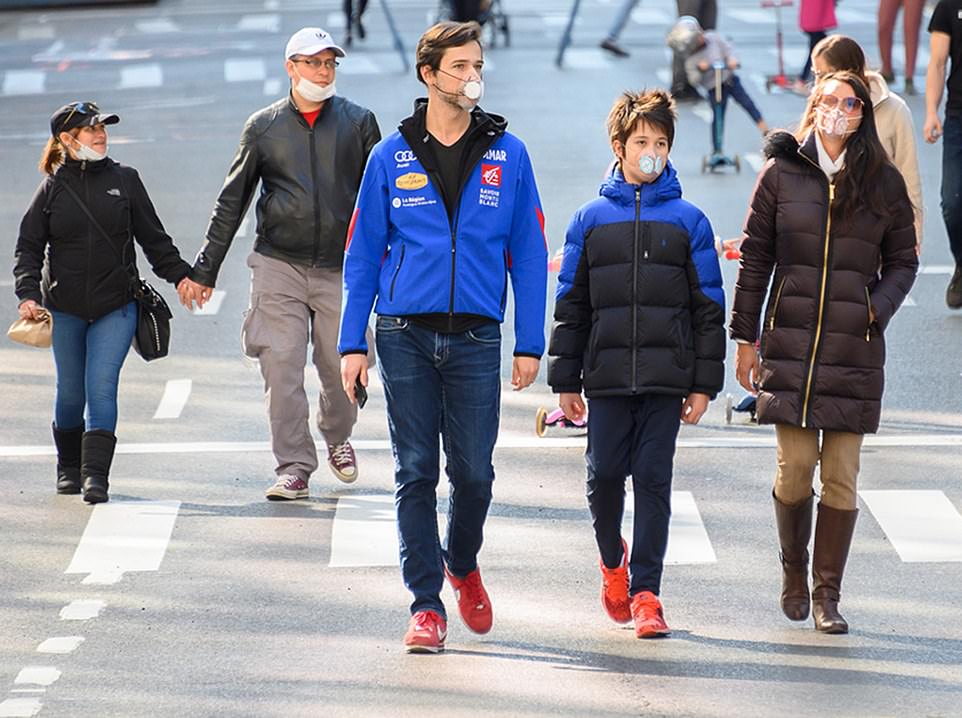 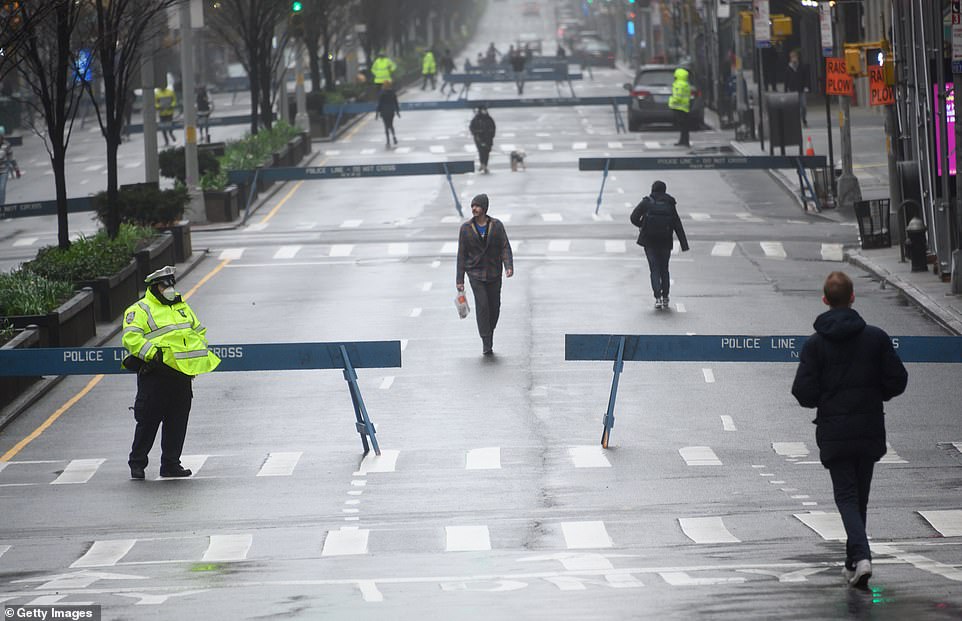 People wear protective face masks while walking in Park Avenue as part of NYC’s ‘Open Streets’, which closes some streets to vehicle traffic to allow more space for pedestrians, on March 29 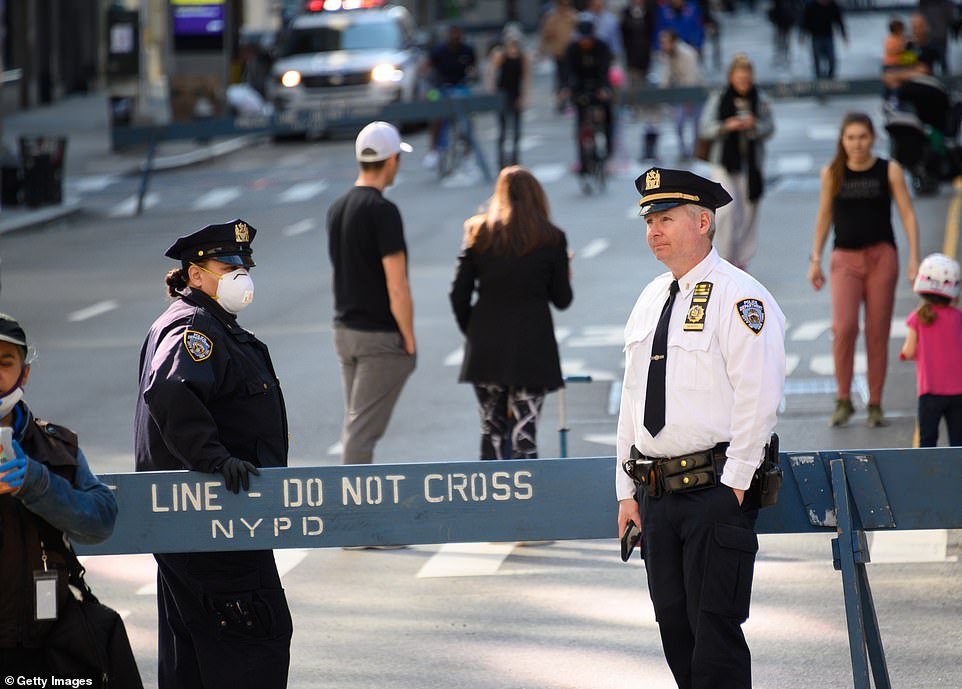 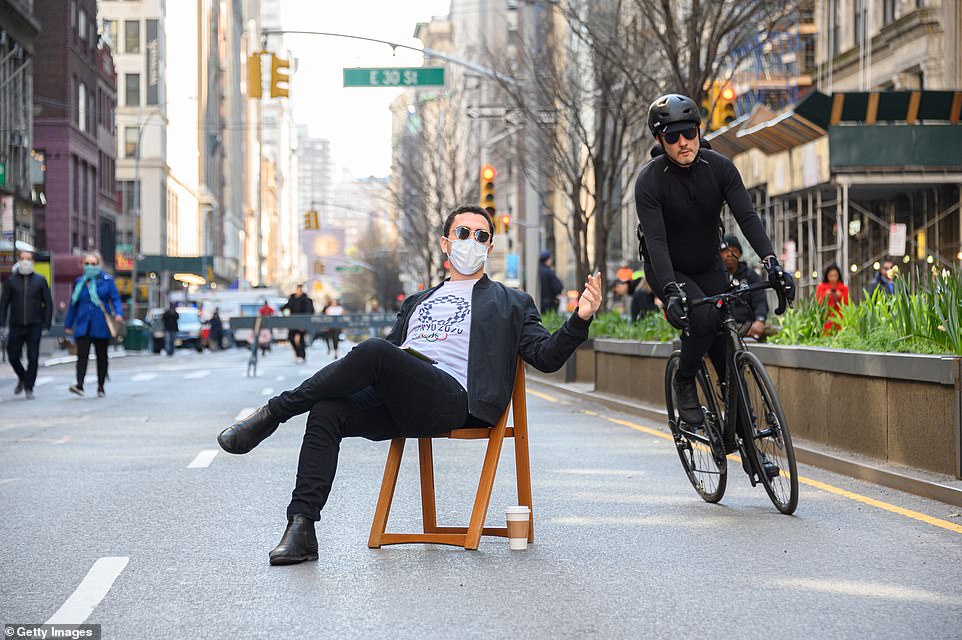 The mayor said his goal is to have 40 miles of car-free streets throughout the five boroughs by the end of the month.

On May 4, de Blasio launched the first phase of the open street initiative by declaring 4.5 miles of roadways inside parks and 2.7 miles of roads adjacent to parks off limits to cars.

The Open Streets initiative is designed to make it easier for people seeking to get out of their homes as the weather gets warmer to socially distance from one another as the pandemic rages on.

City residents have complained that the narrow sidewalks make it difficult to keep a distance from others.

Since public outdoor polls are closed and city beaches likely to remain shut throughout the summer, New Yorkers will need space enabling them to maintain a distance of at least six feet from one another during the pandemic.

New York City remains the epicenter of the US coronavirus outbreak, with at least 185,000 cases and 15,000 deaths to date.

New York Governor Andrew Cuomo announced that he will extend his stay-at-home order in some parts of the state beyond his original deadline of May 15.

Cuomo did not specifically say that New York City would be among the areas that will have to stay closed for longer but implied it by saying the worst hit areas will be those that remain closed the longest.

Last Thursday, the mayor shut down 1.5 miles of roadways in Manhattan, Brooklyn and the Bronx.

Most of the open streets will be sealed off by barricades and protected by officers from the New York Police Department.

The second batch of roadways will be overseen by the Business Improvement District.

BIDs are geographical areas of the city where local companies and stakeholders are responsible for the maintenance and improvement of their commercial district.

They oversee a wide range of responsibilities including street cleaning, public safety, marketing and events, beautification and capital improvements.

A small 0.4-mile-long street in Jackson Heights, Queens, was also declared off limits to cars.

The third phase, which begins on Thursday, includes the opening up of 7.6 miles of streets in the Bronx, Brooklyn, Manhattan and Queens.

The city is also opening 2.8 miles of streets adjacent to parks in Brooklyn, Manhattan, Queens and Staten Island. 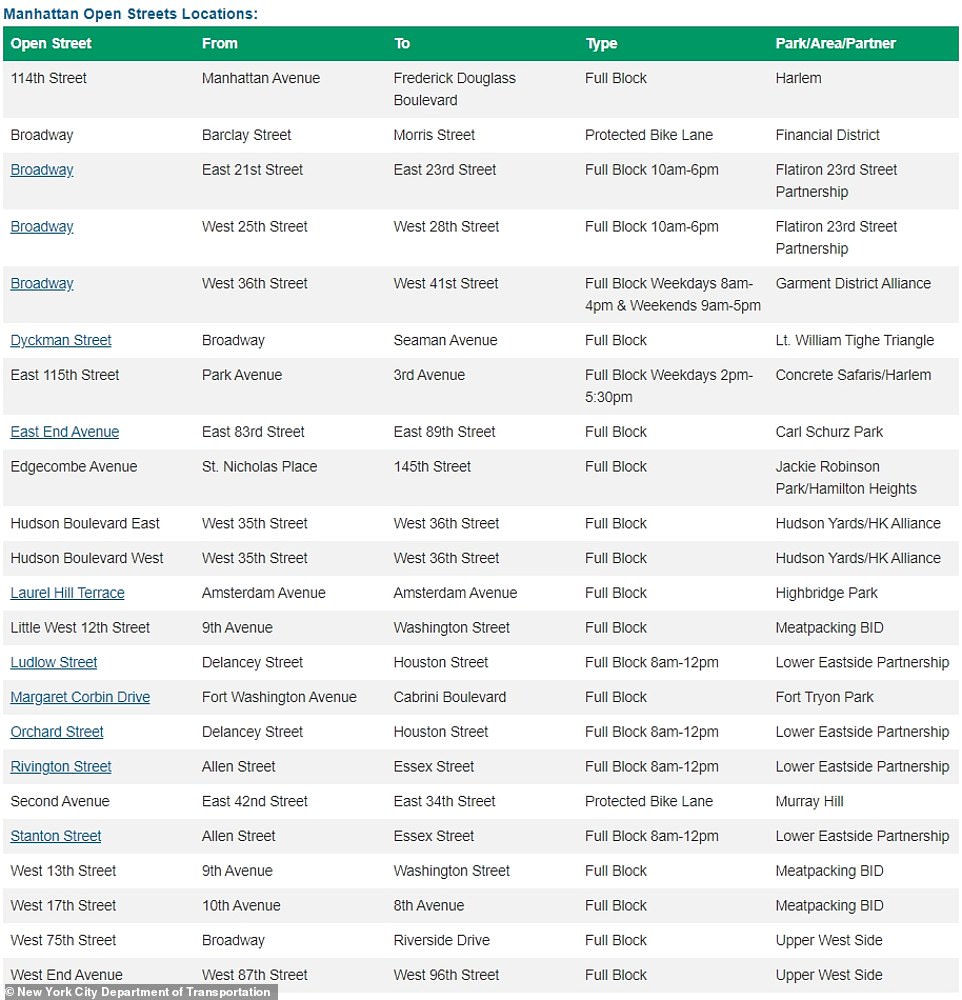 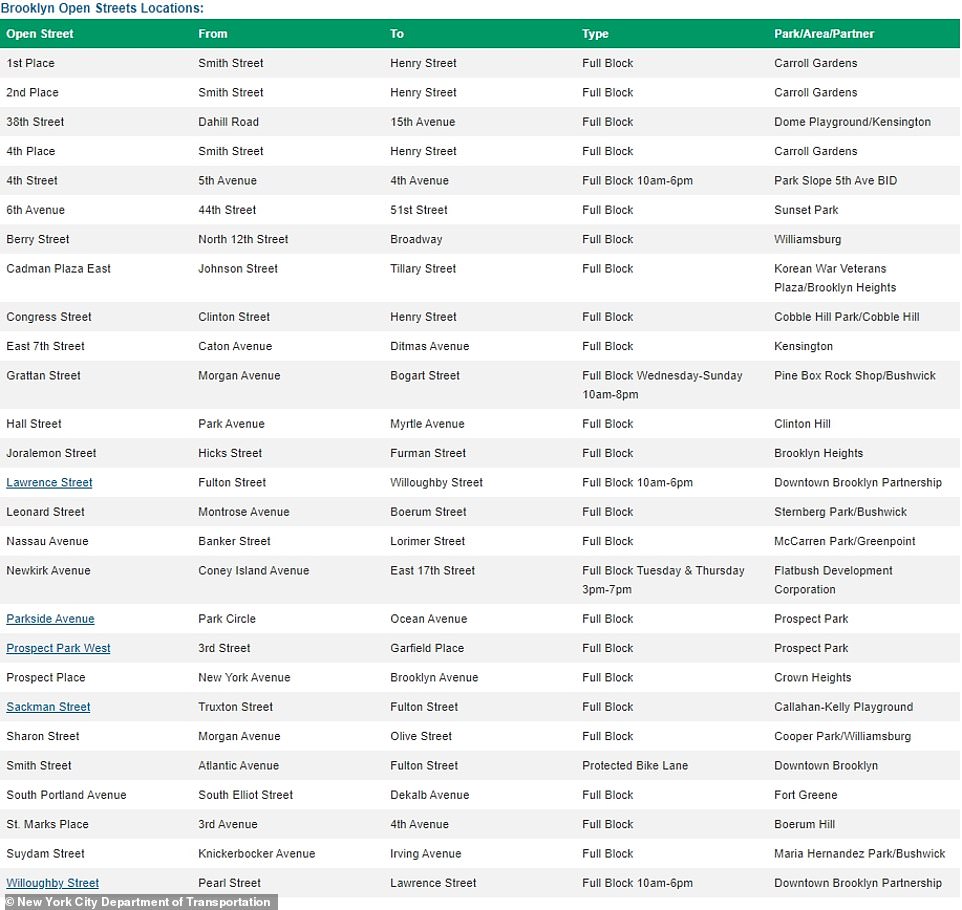 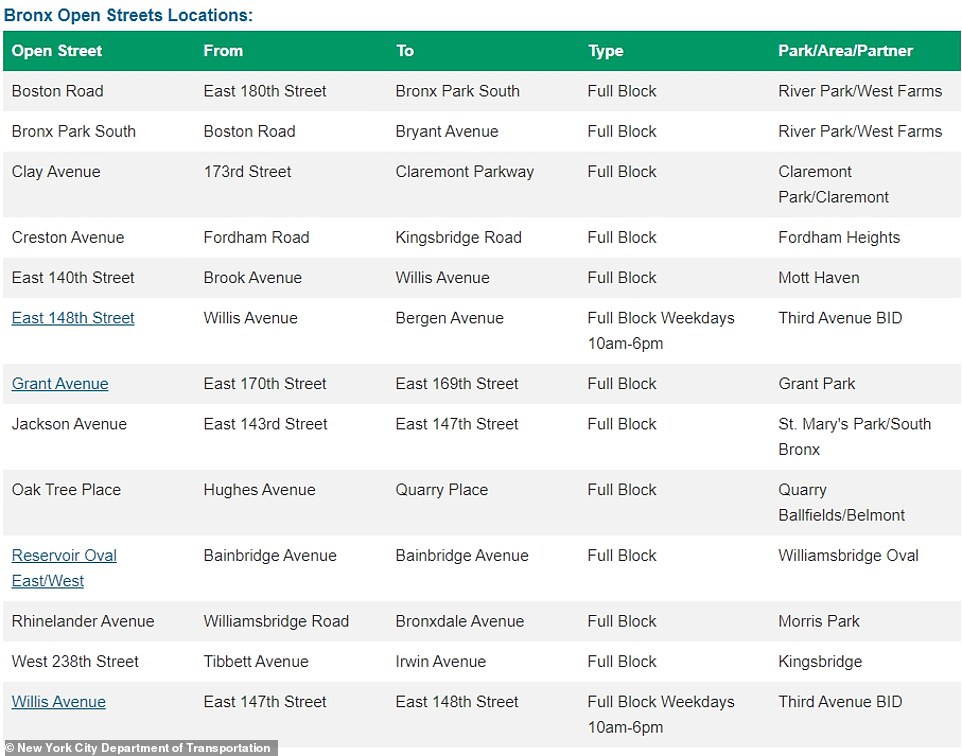 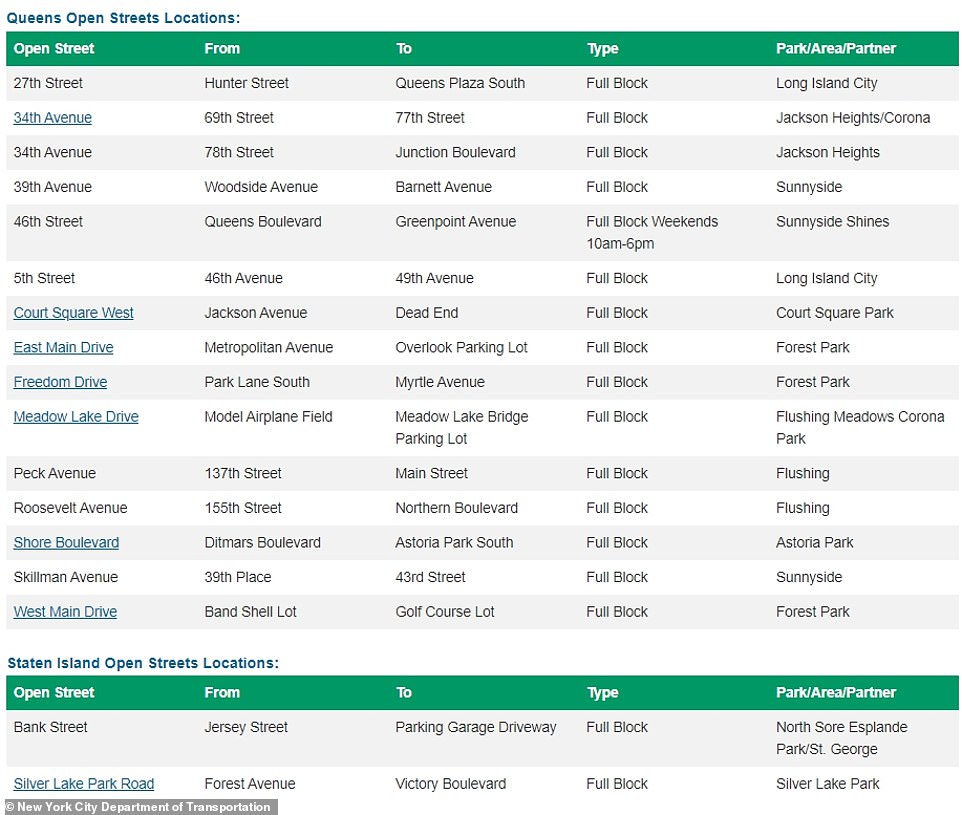 Another 1.3 miles of open streets will be launched in Queens, Brooklyn and Manhattan in partnership with the Business Improvement Districts.

De Blasio initially resisted calls from public officials and urban planners to make streets off limits to traffic as other cities had done.

In March, the mayor began a pilot program that saw the closure of a six-block stretch of road to vehicles in Manhattan, Brooklyn, Queens and the Bronx.

The idea was to give locals more room so as to avoid overcrowding in parks.

But de Blasio shut the program down, saying that it required too much allocation of NYPD resources.

The mayor appeared to backtrack in response to pressure from Governor Andrew Cuomo and City Council Speaker Corey Johnson, who called for expanding the open street initiative.

Advocates of the plan point to successes in other parts of the country. 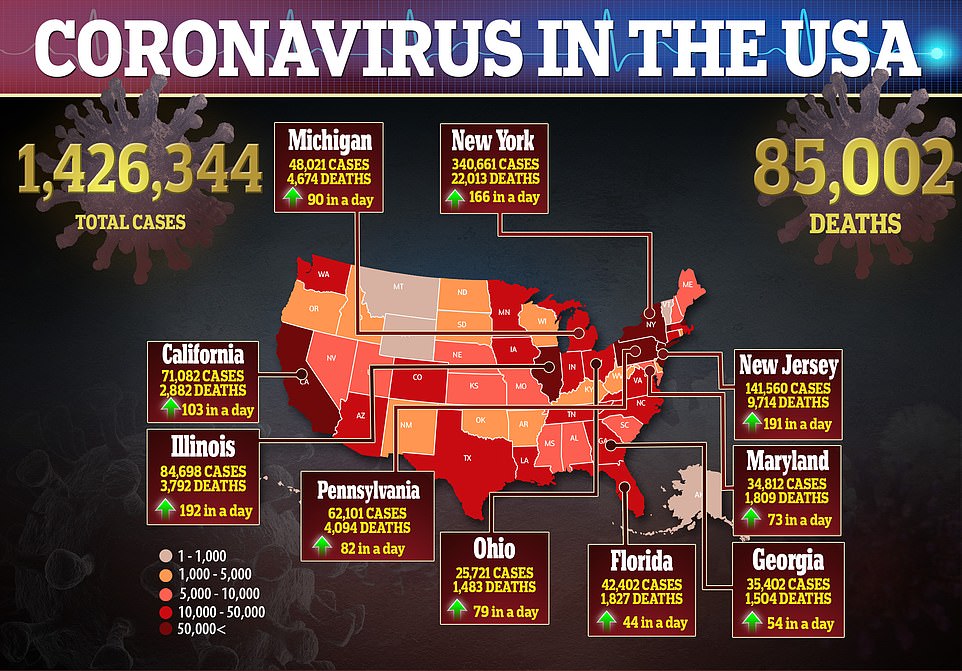 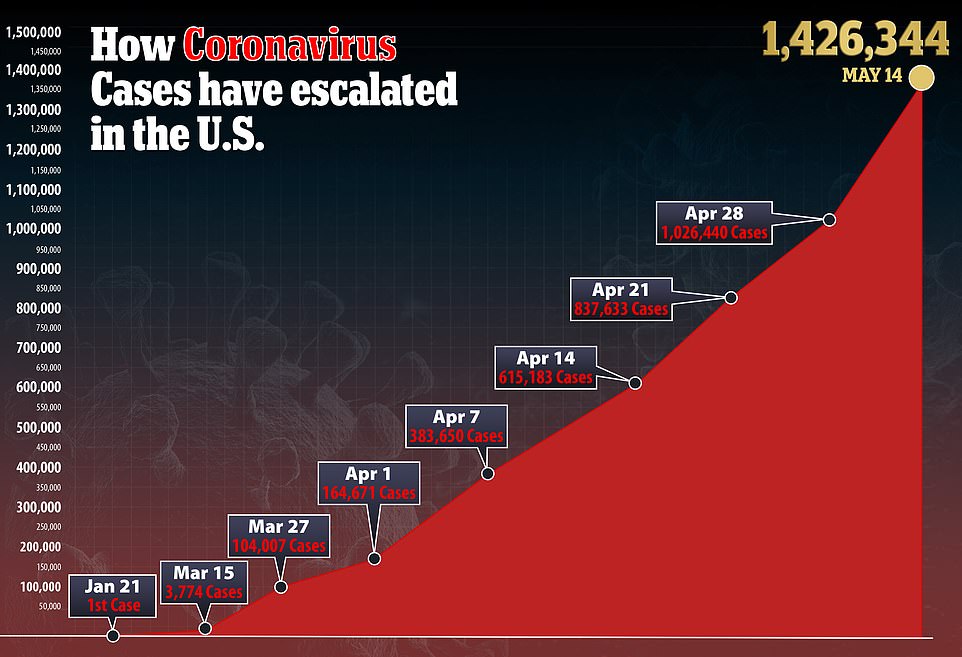 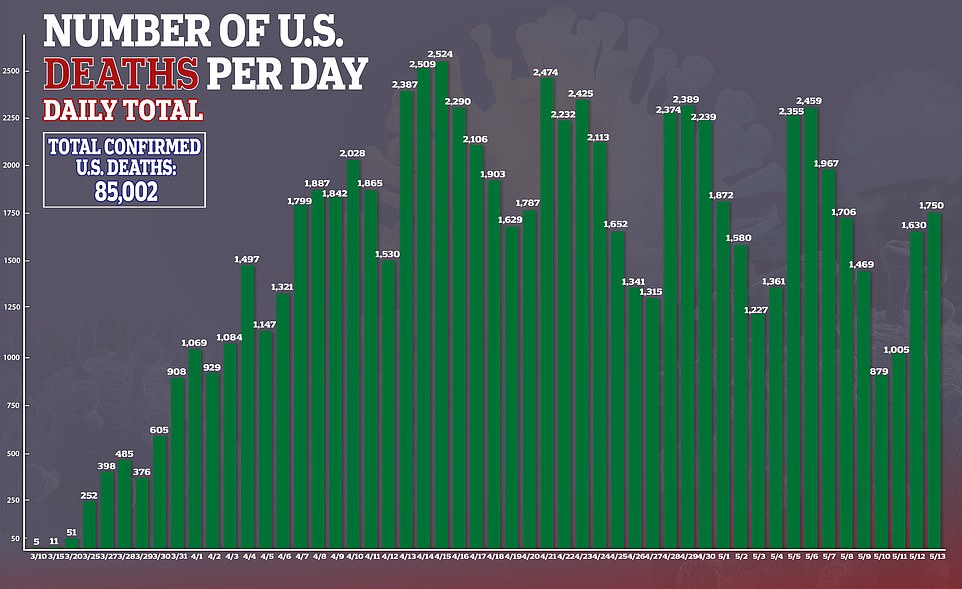 Oakland, California, plans to close 74 miles of roadway – 10 per cent of the city’s streets – to through traffic as part of a program called Oakland Slow Streets.

In Massachusetts, authorities closed off parts of three Boston-area parkways that will only be available to pedestrians and cyclists.

The Boston suburb of Brookline approved the extension of sidewalks along four major thoroughfares, making it easier for pedestrians, cyclists, wheelchair users and scooter riders to maintain social distancing.

The plan calls for repurposing parking lanes so that they will be made available to pedestrians.

In Minneapolis, officials closed down the Lake Harriet Parkway as well as the Lake Nokomis Parkway to vehicular traffic.