One thousand and counting! Real Madrid have held the European Cup for 1,000 consecutive days

One thousand and counting! Real Madrid have held the European Cup for 1,000 consecutive days

When Real Madrid lifted the Champions League trophy on May 28, 2016, the talk was over whether they could be the first team to maintain the title in the competition’s modern iteration.

Not only did they achieve that, but Friday marked 1,000 days of Real retaining the title of European champions.

The Madrid giants have won the cup for the last three seasons and remain firmly in the hunt for a fourth straight crown this campaign.

When Real Madrid lifted the Champions League trophy in 2016, no team had retained it 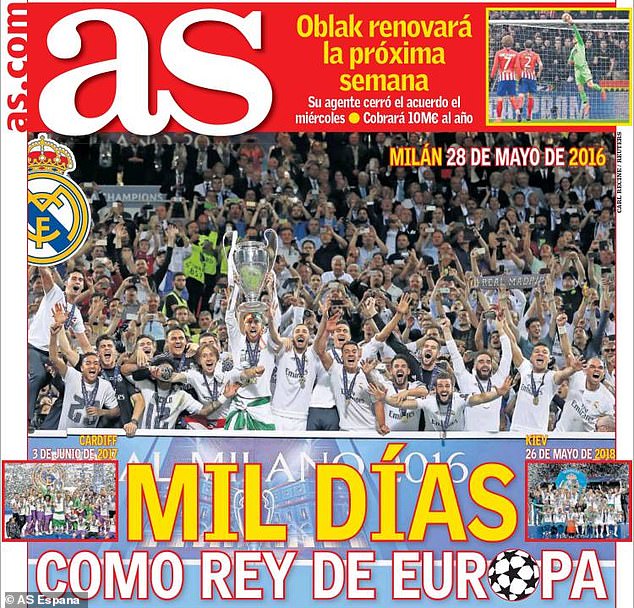 The landmark was noted in the Spanish newspapers on Friday morning – AS ran the headline ‘Mil Dias Como Rey de Europa’, which translates as ‘1,000 days as king of Europe.’

Real began their dominance of the competition by beating city rivals Atletico Madrid on penalties in the 2016 final at the San Siro in Milan.

The following year, at Cardiff’s Principality Stadium, they managed the historic achievement of retaining the Champions League as they thrashed Juventus 4-1. 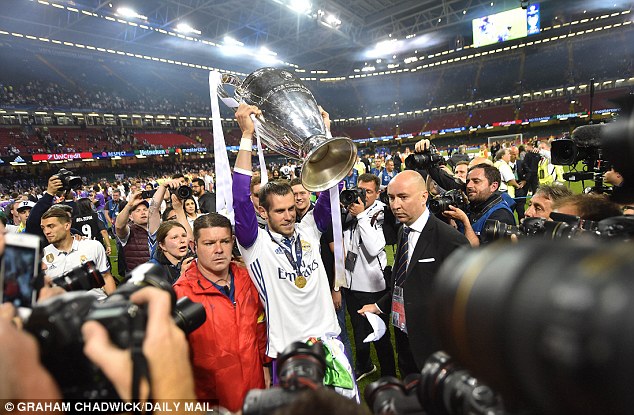 Real retained the trophy in Cardiff in 2017, beating Juventus 4-1 at the Principality Stadium

Real beat Ajax 2-1 in their round-of-16 first-leg clash, to put one foot firmly into the quarter finals.

Since beating Atletico in the 2016 final – 5-3 on penalties following a 1-1 draw after extra time – Real have played 33 Champions League matches as champions.

They have won 23 of those matches, drawing five and losing five. Real have scored 85 goals while reigning as European champions, conceding 40. 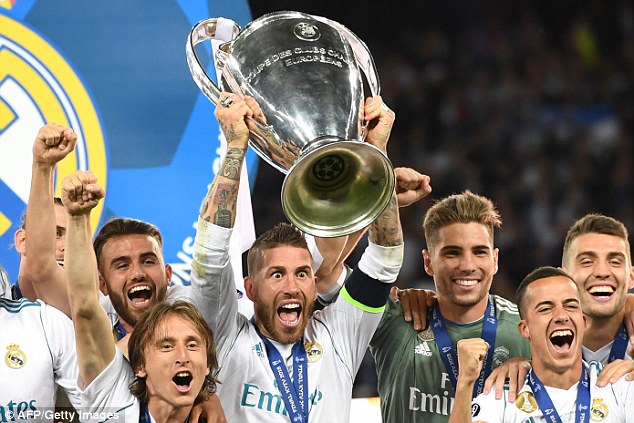 They won it for a third season in a row against Liverpool in Kiev, and remain on for a fourth