The One Tree Hill actress, 39, revealed she became engaged to her boyfriend Grant Hughes while on vacation in Lake Como, Italy.

‘So it turns out that being your favorite person’s favorite person is the actual best feeling on planet Earth #YES,’ she said in her Instagram caption.

Yes! Sophia Bush shared some special news on Tuesday afternoon. The One Tree Hill actress, 39, revealed she has become engaged to her boyfriend Grant Hughes

‘Thank you to @comoclassicboats and @bottega53 for helping my favorite human plan the most incredible, moving surprise of my life. My heart. It bursts,’ added the Chicago PD star.

She was seen in a brown dress as her love got down on one knee on the wood boat to put a ring on it. He had on a blazer with jeans.

The couple have been dating for a year and The Hitcher actress – who was previously married to Chad Michael Murray – recently admitted she’d been to be sure about the ‘motivations’ behind tying the knot again before agreeing to it.

Speaking on the Inside of You podcast, she said: ‘I think it depends on what people’s motivations are and I want to make sure, whether it’s myself or one of my best friends, that we’re clear on what it is we’re signing up for rather than thinking we’re getting some Kate Hudson and Matt McConaughey rom-com life. 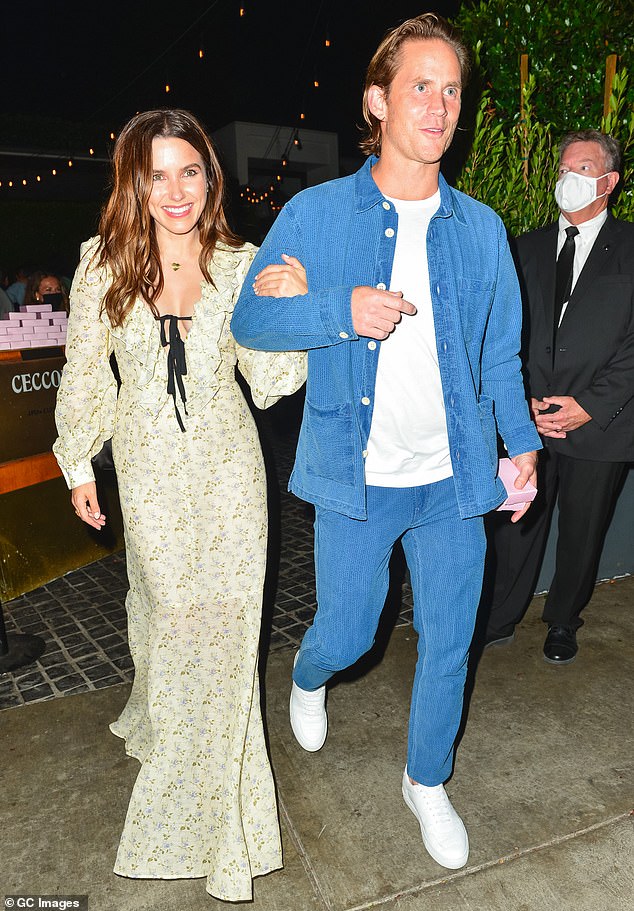 All gussied up: In the past she has said that relationships are hard in the public eye. Seen in mid July in LA with Grant

And when it comes to her relationship, Sophia thinks ‘radical honesty’ is vital.

She said: ‘What I am a fan of, what I am a believer in is real partnership, real intimacy that comes with radical honesty and with ground rules of always giving your partner the benefit of the doubt while asking questions, while being able to be vulnerable, admit when you’re afraid, admit when you’re being triggered by something else. You have to do a lot of work.’ 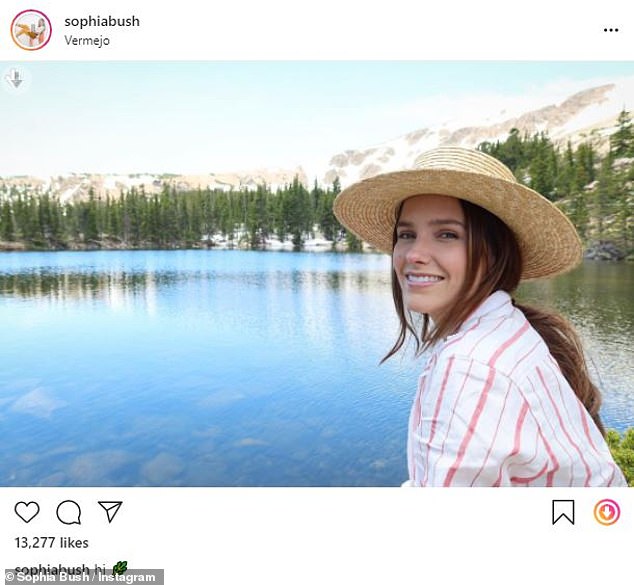 A recent trip: Bush is seen here during a summer vacation at a lake in Vermejo

In the past she has said that relationships are hard in the public eye.

‘It’s hard to have nothing that’s yours. And when you are a person who lives in the public eye, everybody wants to pick over everything and that can be really tricky,’ she told Entertainment Tonight.

‘I also grew up in the early aughts when girls were raked over the coals for any choices that they made.

‘And I just was like, I don’t think I like this. I didn’t like having my private life lied about. There were times where someone would send through an article and be like, ‘Well, supposedly you’re dating this guy.’ And I was like, ‘I mean, I would. Who is he?”