Opposition parties’ planned meeting tomorrow to discuss how to stop a no deal Brexit will take place amid an outpouring of factionalism disunity and bad blood.

A senior Labour figure labelled Lib Dem leader Jo Swinson ‘petulant’ yesterday for refusing to serve in a national unity government under Jeremy Corbyn, and accused her of trying to drag the monarch into the current political deadlock.

Ms Swinson meanwhile reiterated her position that an interim government should be led by an MP who could command cross-party support in the Commons – which she insisted ruled out the Labour leader.

Mr Corbyn has invited fellow Opposition leaders and Tory rebels to the meeting having proposed holding a vote of no confidence in the government, and installing himself at the head of a caretaker government should the vote by won by the Opposition.

But in a further sign of disunity SNP Westminster leader Ian Blackord has said the focus should instead be on passing legislation to block No Deal.

And senior Tories not only believe they have the numbers to win any such vote – some are even saying they could ‘throw’ a confidence motion, pinning the blame for the subsequent general election on the Opposition, and then go on to secure a Conservative majority.

Last week Mr Corbyn proposed a plan to oust the government through a vote of no confidence and form a ‘strictly time-limited’ caretaker government to extend Article 50 and prevent a no-deal Brexit. The Lib Dems rejected the suggestion.

Barry Gardiner, the shadow trade secretary, told Sky News on Sunday: ‘I think it was extremely petulant of Jo Swinson to come out and dismiss this the other day.

‘It sounded as if she couldn’t take yes for an answer because she has been saying, and the Liberal Democrats and others have been saying for so long: ‘Look, we need to have a second referendum and remain needs to be on the ballot paper.’

‘They are now being offered a failsafe parliamentary procedural way of delivering that and they’re saying: ‘Oh well, we are not going to cooperate if Jeremy Corbyn is going to be the person who does it.’

Gardiner added that the ‘natural constitutional process’ was that the leader of the opposition was called on by the Queen to lead a new government when an old one failed. 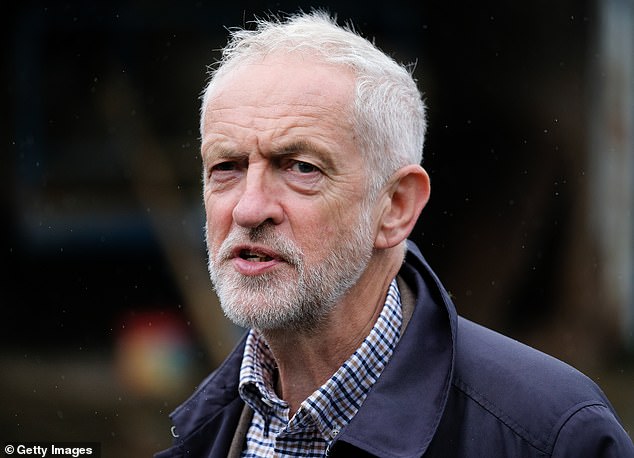 ‘If Jo Swinson wants to propel Her Majesty into a constitutional crisis where, instead of inviting the leader of the opposition to form a new government, she invites somebody else who is not the leader of a political party, then that would be forcing the monarchy into a very embarrassing and difficult judgment call that they would have to make.’

Meanwhile Ms Swinson called for Mr Corbyn to clarify his own stance on whether he wanted to reverse Brexit.

In a letter to the Labour leader she said: ‘We cannot allow party politics to stand in the way of finding a solution that works to prevent the national crisis approaching us.

‘The Liberal Democrats stand ready to do everything we can to prevent not only a no- deal Brexit, but to stop Brexit altogether.’

The Lib Dem leader said an emergency government formed after a successful no confidence vote ‘must have the majority support required to request and secure an Article 50 extension’ to delay Brexit beyond October 31.

But many MPs opposed to a no-deal Brexit, in particular ‘key Conservative MPs’, have rejected Mr Corbyn as the leader of a caretaker government.

She warned the Labour leader: ‘Insisting you to lead that emergency government will therefore jeopardise the chances of a no confidence vote gaining enough support to pass in the first place.’ 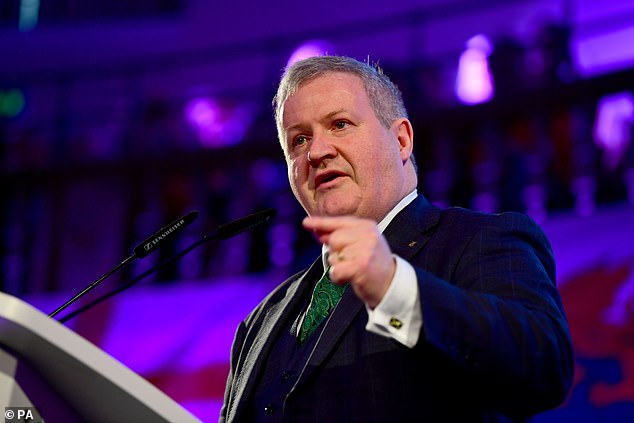 Ms Swinson said veteran MPs Tory Ken Clarke and Labour’s Harriet Harman had indicated they would be willing to lead an emergency government.

She also called on Mr Corbyn to spell out whether he was opposed to Brexit altogether.

‘You have previously said that you would seek to negotiate a Labour Brexit if in power, and Labour’s shadow chancellor John McDonnell recently suggested that Labour could remain neutral in a future People’s Vote,’ she said.

‘It would be appreciated by Remain voters across the country that both your personal and your party’s position could be clarified in these discussions.’

SNP Westminster leader Ian Blackford said: ‘The SNP remains open to all options but it’s increasingly clear passing legislation to block no-deal appears to be the option most likely to unite MPs and stop Boris Johnson driving the UK off a Brexit cliff edge.

‘That should be a primary focus of the cross-party meetings taking place – and the SNP will be pressing that case, while making clear that all options must be on the table.’

Former Labour leader Gordon Brown weighed in to the fight accusing Ms Swinson, Mr Corbyn and Nicola Sturgeon, the SNP leader, of ‘self indulgence’ by nominating each other to posts in a unity government.

The former Prime Minister said opposition parties should instead be talking to Euorpean leaders in order to push back the EU’s October 31 deadline, adding that his ‘instinct’ would be that they would be happy to do so.

He said the three should ‘stop wasting time filling Government positions that are not vacant’ and compared them to Nero fiddling ‘while Rome burned.’