An orangutan kept as a prostitute in an Indonesian village ‘screamed and defecated’ when the brothel madam who kept her captive visited her in a rescue centre.

Pony, an endangered Bornean orangutan, was discovered in February 2003 inside a darkened room in the village of Kareng Pangi, Central Kalimantan chained to a wall and lying on a mattress.

She had been ruthlessly and abhorrently exploited by local palm oil farmers who would come to the village and pay £2 to have sex with her.

The brother ‘madam’ who enslaved Pony was initially allowed to visit her once a month at a conservation centre to ‘reduce the risk of retribution among villagers’ who were angry she had been taken.

Michelle Desilets, director of the Borneo Orangutan Survival Foundation UK when Pony was rescued, told The Mirror: ‘My friend Lone [Droscher-Nielson], who rescued Pony, had to bring in 30 army officers when she was seized.

‘Afterwards, the madam visited Pony on a monthly arrangement to reduce the risk of retribution.

‘But every time Pony saw her she would scream and defecate again and again. We were forced to increase security and put a stop to the visits.’ 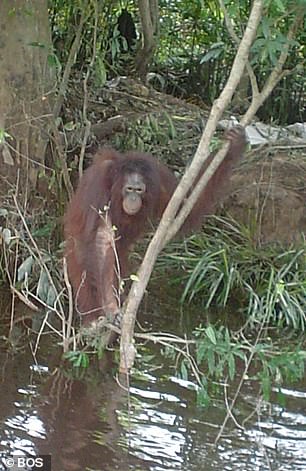 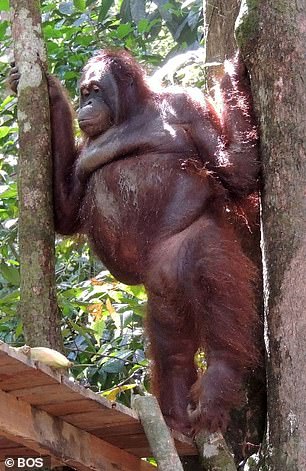 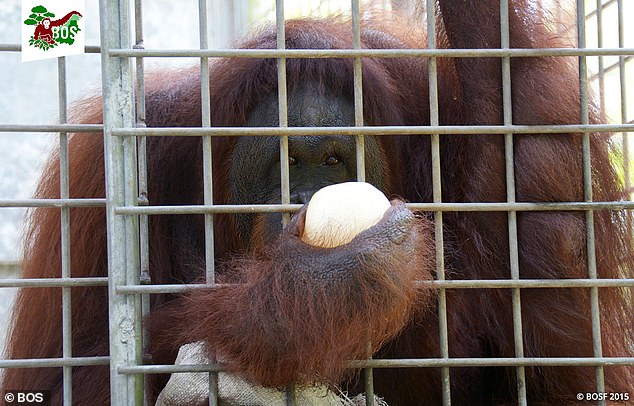 Having been snatched from her mother when she was a baby, her captors treated Pony extremely harshly – shaving her every two days and forcing her to wear perfume and makeup.

She was even taught to perform sex acts on demand for her customers.

Lone Droscher-Nielson, who was part of the team who rescued Pony in 2003, told the Sun: ‘When I found that she was used for prostitution and not just a pet I was horrified.

‘Perhaps in my naivety I had never thought it humanly possible to do such a thing to an animal.’

While Michelle Desilets, director of the Borneo Orangutan Survival Foundation, told VICE back in 2007: ‘They [the farm workers] would come in especially for [her].

‘You could choose a human if you preferred, but it was a novelty for many of the men to have sex with an orangutan.’

According to Michelle, her owners were reluctant to let Pony go when the team initially tried to rescue her and even threatened them with machetes.

‘She was being used as a sex slave,’ Michelle added, ‘She was probably about six or seven years old when we rescued her, but she had been held captive by the madam for a long time.’

In the end it took 35 policemen armed with AK-47s and other weaponry going in there and demanding that they hand over Pony.

From the brothel she was taken to a nearby orangutan sanctuary run by the Borneo Orangutan Survival Foundation. 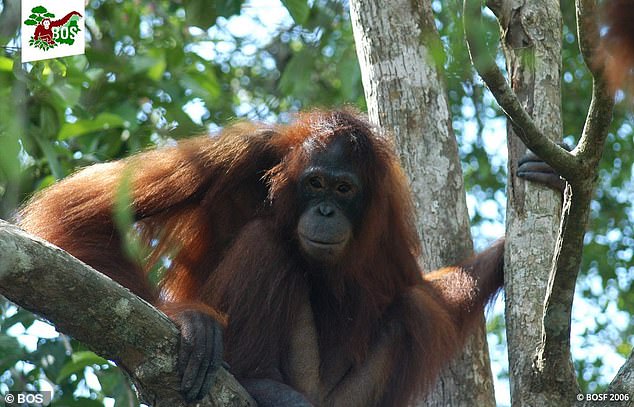 ‘She slowly recovered and male carers were slowly introduced to her,’ Lone continued, ‘She didn’t seem to be afraid of them anymore and she was happy with any company she could have. Eventually she was moved to one of the islands.’

Pony is in good health 15 years on from her ordeal, and now lives in an enclosure in Nyaru Menteng Rehabilitation Centre with seven other orangutans.

Monterado Fridman, the sanctuary’s Communication and Education Coordinator, said: ‘Living for so long with humans and being treated so appallingly whilst in captivity, it was not easy for Pony to learn to live as a wild orangutan.

‘Pony has been going through a long process of rehabilitation to forget her ordeal and regain her wild nature to become a true orangutan.’

However, the keepers believe it is unlikely she will ever be allowed to be released into the wild because she simply spent too long in captivity to learn basic survival skills.

Because of the lawless nature of rural Indonesia, her captors never faced charges for their actions. 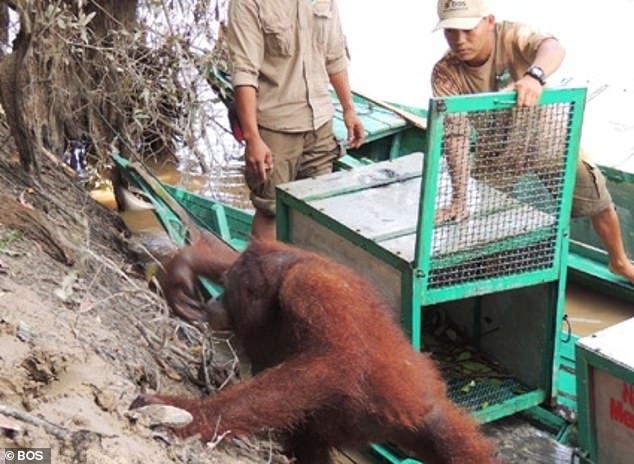 Orangutan’s are currently classed as ‘critically endangered’ mainly due to their habitats being decimated by palm oil farming.

Millions of acres of forests across Indonesia have been burned to make way for plantations producing palm oil.

Iceland’s Christmas advert was banned earlier this month after a watchdog deemed its orangutan-friendly story was ‘too political’ due to its criticism of palm oil.

It comes as Iceland goes about removing palm oil from all of its own-label food amid concerns over its impact on wildlife.

The oil is used in a huge number of products on supermarket shelves ranging from bread to soap.

The boom in palm oil production has also been blamed for contributing to the near extinction of the orangutan, with thousands killed every year from deforestation in Borneo and Sumatra. 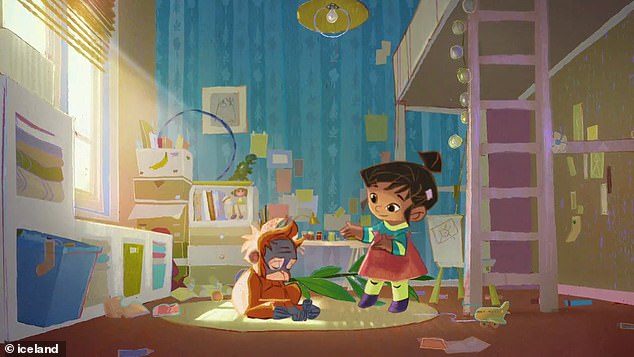