Pamela Anderson looked sexier than ever as she celebrated both Canada Day and her 53rd birthday Wednesday.

Anderson took to Instagram on Wednesday with a leggy black-and-white shot in which she donned a black romper while laying on her belly on the bed in a luxurious bedroom.

The Baywatch alum wrote in the caption ‘Happy [Canada] day,’ using an emoji of the Canadian flag to represent the county.

And many more: Pamela Anderson looked sexier than ever as she celebrated both Canada Day and her 53rd birthday Wednesday

The V.I.P. actress earlier this week made a plea to Canadian Prime Minister Justin Trudeau encouraging him to go vegan and praising him for his ‘recent decision to invest another $100 million in our mushrooming plant-based industries.’

‘Your fiscally responsible move not only creates good jobs for Canadians but also spares countless animals a terrible life and death,’ she said.

She said that As COVID-19 has exposed serious health risks associated with factory farms and slaughterhouses, the world needs more sensible leaders like you, who are willing to embrace clean, compassionate, and clever food solutions.’

The Canadian-American stunner is mother to sons Brandon, 24, and Dylan, 22 – with her ex-husband, Motley Crue drummer Tommy Lee, 57. 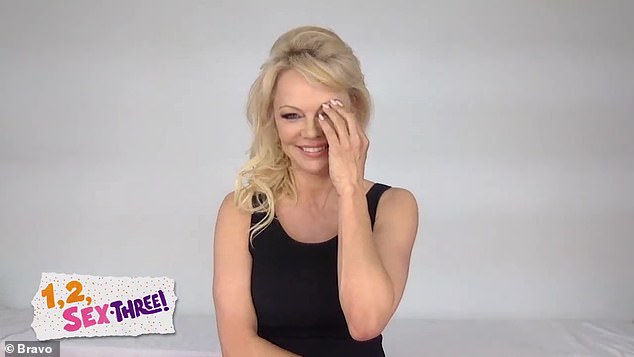 Beautiful: The Canadian-American stunner is mother to sons Brandon, 24, and Dylan, 22 – with her ex-husband, Motley Crue drummer Tommy Lee, 57

She said she would provide the world leader with encouragement and advise in building a Vegan diet with Canadian ingredients.

‘Were you to drop meat and dairy from your personal diet – which I so hope you will – I would be honored to be your mentor and to suggest some of the tasty, diverse vegan foods proudly produced in Canada,’ said Anderson, who was previously married to Lee, Kid Rock, Rick Salomon and Jon Peters.