A paraglider broke both his legs after crashing in Berkshire while celebrating the easing of lockdown restrictions.

The pilot crashed only yards away from the 350-year-old hangman’s gibbet on Gallows Down in Combe, Berkshire.

He broke both his legs and sustained other injuries and was taken to hospital.

A coastguard helicopter from Lee-on-Solent, Hampshire, flew 50 miles inland to help the paraglider.

Fire crews and a coastguard helicopter were called after a paraglider celebrating the easing of lockdown restrictions crashed on Gallow’s Down in Combe, Berkshire 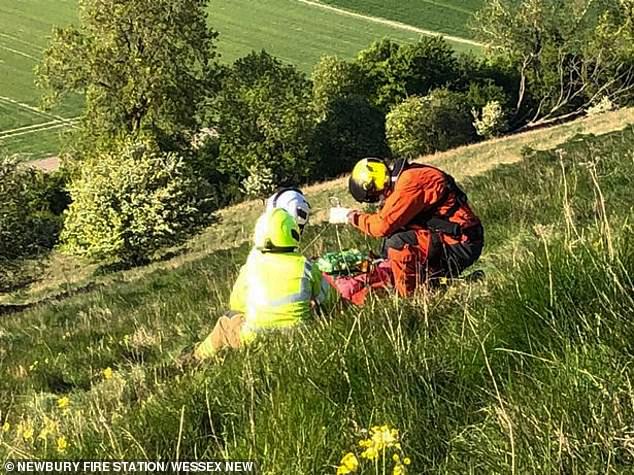 On social media a witness said: ‘There were three fire engines, three 4×4 fire cars, one helicopter and one police car.’

The glider managed to avoid the 25ft hangman’s gibbet when he crashed.

Tweeting at the time, Newbury Fire Station said: ‘JY04P1, JY04P2 and JY05P1 currently at Combe Gibbet with @SCAS999, @TVAirAmb, @TVP and the coastguard helicopter assisting in the rescue of one injured casualty following a paragliding accident #difficultrescue#teamwork@RBFRSofficial.’ 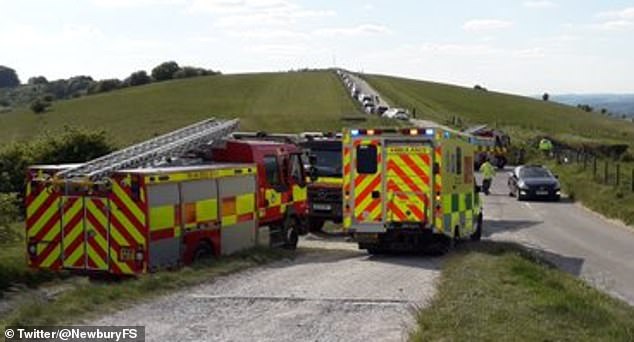 The British Hang Gliding and Paragliding Association said the easing of lockdown measures meant the paraglider was able to take up his hobby again. Pictured: Fire crews from Newbury Fire Station called to the crash site 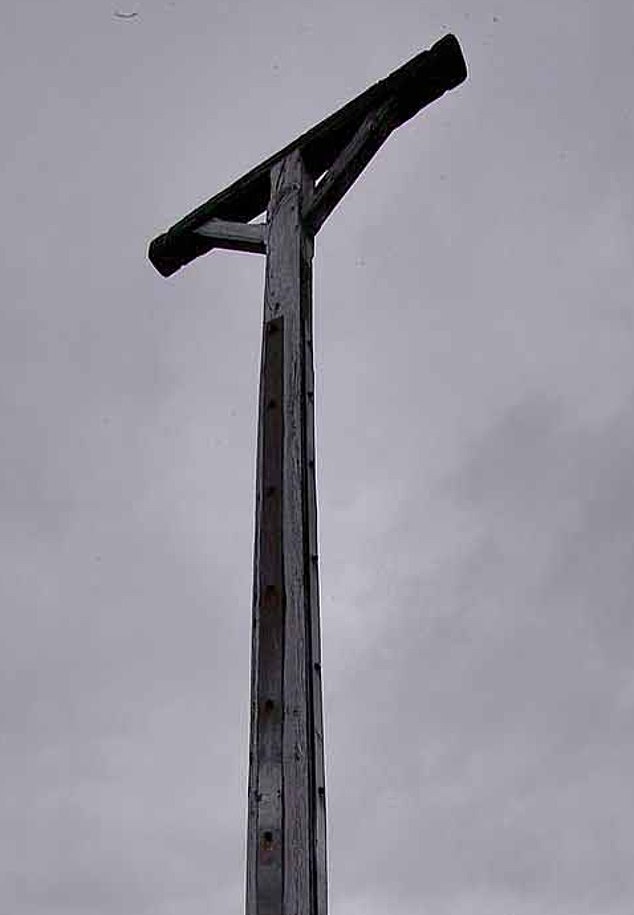 The gibbet was erected in 1676 to hang the bodies of cheating lovers George Broomham and Dorothy Newman, two villagers who were executed for murdering Broomham’s wife Martha and their son Robert who had discovered them romping on the hilltop.

The gibbet has been felled by storms and hacksawed by vandals during its lifetime but the community continues to band together and repair it.

The Gallows Down is a popular site for paragliders despite the dangerous updraughts.

The British Hang Gliding and Paragliding Association said the lockdown measures which were eased on May 13 in England allow for pilots to enjoy their hobby once again.