A nine-year-old girl sneaked onto a school trip in Manchester and made it almost half way to north Wales before teachers realised she was there.

L’evea Aitchinson’s parents have told off the youngster – but are also demanding answers from New Moston Primary over how it could happen.

The Year 5 pupil changed out of her uniform into her own clothes, which she had hidden in her school bag that morning, and joined her friends on the coach on Friday for the £150 two-night trip to Kingswood activity centre in Mold.

L’evea Aitchinson, left, pictured with her mother Deletha Hughes, right, sneaked away from from class and joined her friends who were going on the £150 two-night trip to north Wales 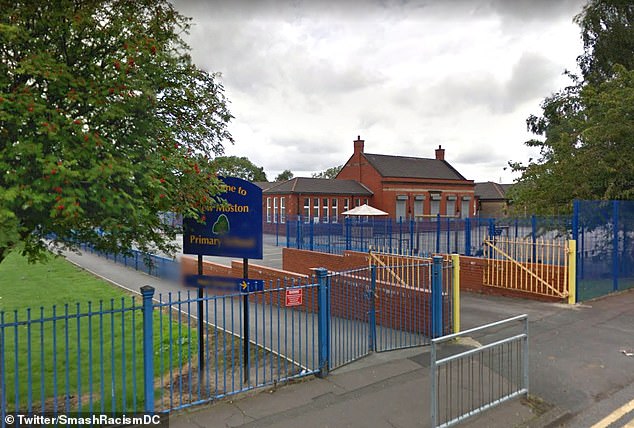 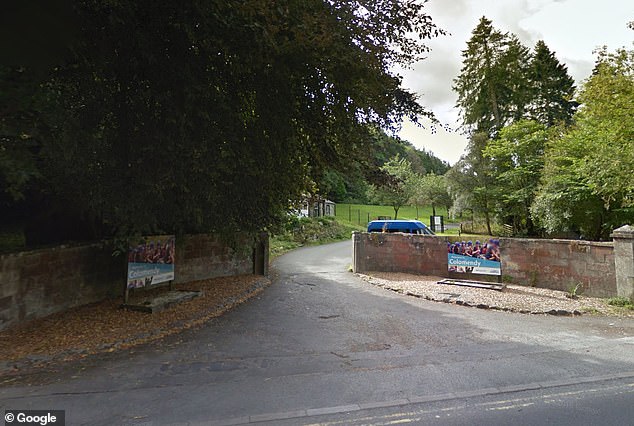 Her classmates were going to the Colomendy adventure centre near Mold, north Wales

But it wasn’t until the party were on the M56 in Cheshire that teachers back in Manchester realised L’evea wasn’t there.

It’s believed that while a roster of pupils was taken after they got on the bus in New Moston, north Manchester, no headcount was made and stowaway L’evea went unnoticed.

The chair of governors confirmed that staff have now been made aware of ‘the correct procedures’ for school trips.

Mother Deletha Hughes, a receptionist, said that after her daughter was discovered, head teacher Rob Partington drove her back to New Moston, where her father Graham was waiting at the school to take her home.

It’s understood Mr Partington had been travelling separately and met up with the school coach at a service station.

Mrs Hughes, 26, who also has a son in Year 3 at the school, said: ‘I got a call at 2pm on Friday while I was at work saying L’evea was on the coach to Kingswood.

‘I’m at work, I was panicking, I don’t drive, I didn’t even know where Kingswood is at that point. 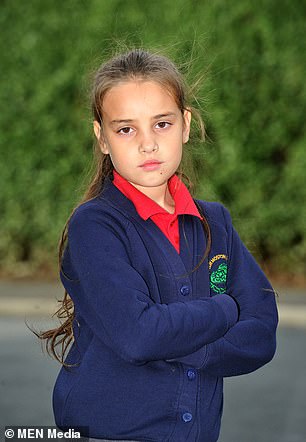 Staff took a register of pupils on the coach but failed to do a headcount so did not spot L’evea, who was hindin gthis her friends

‘It’s an absolute disgrace. I am still fuming about it.

‘L’evea shouldn’t have done what she did, and she’s had a telling off for it. I’ve told her she won’t be going on any more school trips now.

‘But the school knew she wasn’t going on the trip. How was she allowed to get changed out of her uniform into her own clothes without anyone noticing?

‘How was she allowed to get on the coach without being spotted?

‘Apparently they just did a register and not a head count, and she just kept quiet so they didn’t even know she was there. Anything could have happened to her without them realising it.

‘I think the safeguarding of children at the school is a disgrace.’

Mrs Hughes says she is now preparing to make a formal complaint to the school.

Carl Heatley, chair of governors at New Moston Primary School, said: ‘A pupil register was taken on the coach just before it set off.

‘Staff back at school realised the pupil had got on the coach and alerted the headteacher, who safely returned her to school before the end of the school day.

‘We’ve since spoken to all staff to reinforce with them the correct procedures that must be followed without fail on all school trips.’