The parents of a stabbed teenager left fighting for his life have released a harrowing image of their son in hospital while urging youngsters who carry knives to ‘wake up’.

Ross Hedley, 17, was rushed to Queen’s Medical Centre in Nottingham after being seriously injured during the attack in the early hours of Friday morning.

His father, Colin Hedley, has spoken out about his initial fears that the next time he saw his son ‘could be in the morgue’ after he was admitted to intensive care yesterday.

Mr Hedley said: ‘I sat in a waiting room for the longest four hours of my life yesterday with his mum.

Ross Hedley, 17, was stabbed in the early hours of Friday morning on a street in Redhill, Nottinghamshire. His parents have released harrowing images of Ross in hospital

‘I’ve never been as scared of anything in my life. No parent should ever have to see their teenager like this, no parent should have to worry every time their kid goes out the door.

‘So to all you teenagers that think it’s tough to carry knives thinking you’re gangsters, do you really want to attend your mate’s funeral? This is not a game.’

He also thanked those who stopped to help his son after the stabbing, saying ‘you probably saved his life’, and the people of Arnold and Nottingham for their messages of support.

Nottinghamshire Police put a cordon around The Ram Inn on Friday morning, after being called to a report of an assault at 2am.

Police confirmed last night that Ross had serious injuries but was in a stable condition.

A 24-year-old man has been charged with wounding with intent and possession of a bladed weapon following the stabbing.

Joseph Lubasi, from Redhill, appeared at Nottingham Magistrates Court today, Saturday May 26, and has been remanded. He is due to appear at Crown Court on June 25.

A 17-year-old boy who was arrested on suspicion of affray has been released without charge. 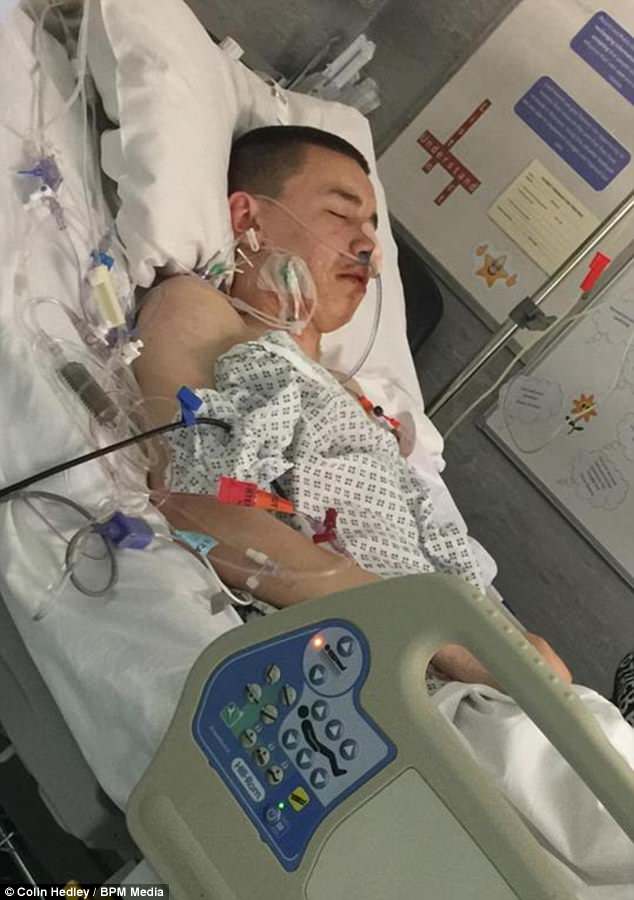 His father, Colin, has urged youngsters who carry knives to ‘wake up’ and added: ‘This is not a game’