A part-Native American man has filed an $800,000 lawsuit against an Oregon construction company, claiming the owner fired him after he stopped attending Bible study.

The lawsuit states that after the 34-year-old man was hired as a painter for Dahled Up Construction, owner Joel Dahl told him all employees were required to participate in regular Bible study sessions led by a Christian pastor during the workday.

Ryan Coleman is suing his former boss for $800,000, accusing him of firing him for refusing to attend Bible study 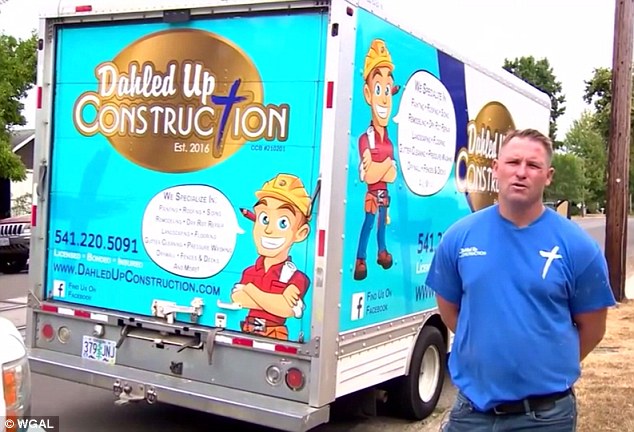 Joel Dahl, of Dahled Up Construction, terminated Coleman in April, after the worker told him that as a part-Native American, he was not interested in Christianity

Coleman allegedly told Dahl that the requirement was illegal but his employer wouldn’t budge.

According to the suit, Coleman, who is a convicted felon, obliged for nearly six months for fear of losing his job but was fired in April after telling Dahl he couldn’t go anymore because Christianity was not ‘his thing.’

Coleman is half Caucasian and half Native American, with Cherokee and Blackfoot ancestry.

The plaintiff said he had served time on drug and child neglect charges but has been sober for nearly for years.

Dahl, a devout Christian who himself had struggled with addicted and served time for attempted assault, started his construction company in 2016 with the intent to help his fellow ex-convicts get back on their feet, and hired Coleman in October 2017. 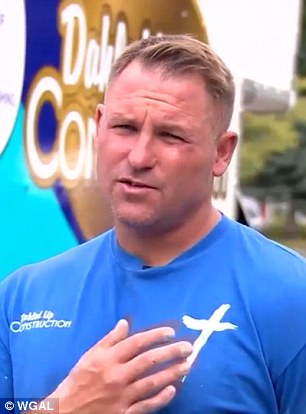 Coleman (left), an ex-convict and recovering addict, said he loved his job and had been given a pay raise just two weeks before his firing. Dahl’s lawyer says he has a right to make his workers attend Bible study because he pays them for it

Coleman, a father-of-two who has recently regained custody of his children, said he loved his job on Dahl’s crew and had received a pay raise just two weeks before his termination.

Dahl’s Albany attorney, Kent Hickam, doesn’t dispute that Dahl requires employees to attend Bible study, but says it is legal because Dahl pays them to attend.

But Coleman’s lawyer vehemently disagrees with that stance.

‘Unless you are a religious organization like a church, you cannot force your employees to participate in religious activities,’ Corinne Schram told the paper.

Coleman’s lawsuits seeks $50,000 for lost income and $750,000 for ‘mental stress, humiliation, inconvenience and loss of enjoyment of life.’