By Olly Allen For Mailonline and PA Media

Reed, the world No 36, is the 19th PGA Tour member to sign with the breakaway circuit, with the 17 competing in the first event this week suspended by the Tour as soon as play started at Centurion Club on Thursday.

PGA Tour commissioner Jay Monahan said the ‘same fate holds true’ for any players who compete in future LIV events despite being denied permission, with Reed and Bryson DeChambeau – who signed up on Friday – set to contest the second event in Oregon at the end of the month.

‘I’m super excited,’ Reed said. ‘Just the thought of being able to be part of an evolution and a change in golf for the better is unbelievable.’

‘The growing roster of LIV Golf players gets even stronger today with a player of Patrick Reed’s calibre,’ Greg Norman said.

‘He has a proven track record as one of the most consistent competitors in pro golf and adds yet another big presence at our tournaments.

‘He’s a Major champion who has had a significant impact playing international team competitions, and he’ll bring another impressive dynamic to our team-based format at LIV Golf.’ 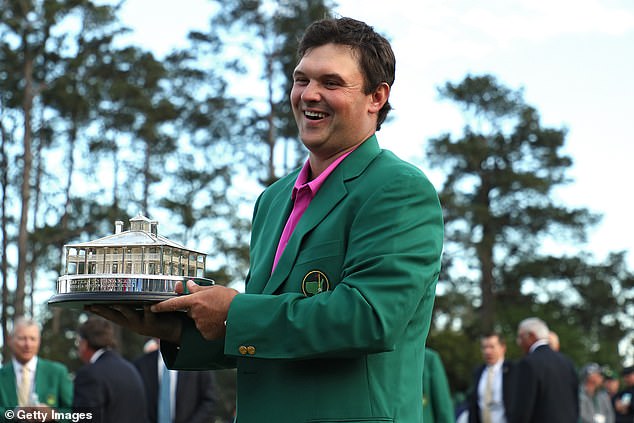 Reed, who was the 2018 Masters champion, is the fifth Green Jacket winner to join the league

The 31-year-old has endured a difficult year so far, recording just two top 10s in 19 starts this season.

The inaugural LIV Golf event has been held at St Albans this week, with Schwartzel currently leading the pack on the final day and in line to receive a $4million pay-out.

2020 US Open champion DeChambeau confirmed yesterday that he had signed up , a week after he rejected a nine-figure offer to become part of the rebel series.