If President Trump decides to pardon Paul Manafort, the former Trump campaign manager will still be on the hook for millions of dollars in back taxes and civil penalties to the IRS – and may have to sell off his pricey clothing and luxury real estate to pay the tab.

Trump has dodged questions on whether he will pardon Manafort, who was convicted of eight counts of tax and bank fraud this week.

On Thursday, the president did not answer directly when asked about a potential pardon, but said he had ‘great respect’ for Manafort and argued that ‘every lobbyist in Washington probably [committed]’ the crimes Manafort was charged with.

Manafort is also facing a second criminal trial for failing to register as a foreign agent in Washington, D.C. Prosecutors may also decide to retry him on 10 counts of tax and bank fraud that the jury was unable to reach a consensus on.

Even if Manafort is pardoned by Trump, he will likely still be liable for substantial civil fines from the IRS – including the back taxes he owes, plus an additional 75-percent penalty, according to legal experts. The total could be as high as $11 million.

‘Whatever the nature of the pardon that might be bestowed upon Manafort, he remains liable for the federal income taxes, plus interest, plus penalties,’ said Julian Block, a New York-based tax attorney and former special agent at the IRS.

Block said Manafort would also be liable for any state income taxes he failed to pay.

Going by the top income tax bracket – which is a 39.6 percent income tax – Manafort would owe an estimated $6.3 million in back taxes.

That is in addition to any civil penalties Manafort would owe. When taxes are not paid due to fraud – rather than mere negligence – the IRS code tacks on an additional 75 percent fine.

That means Manafort could owe an additional $4.7 million – pushing his overall liability to around $11 million. 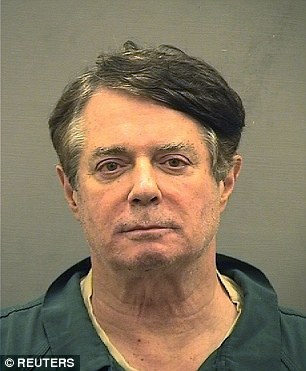 Manafort made $60 million working for Ukraine’s Putin-allied political party, the Party of Regions, between 2010 and 2014. But witnesses testified at his trial that he spent the money on luxury items as quickly as it came in, and was left broke after 2014 when his top Ukrainian client lost power.

After a 2015 stint at an Arizona psychiatric hospital, Manafort became manager of Trump’s presidential campaign in March 2016. He lasted five months on the job, which was reportedly unpaid.

Despite Manafort’s financial difficulties, he still has substantial money invested in real estate.

Manafort owns a condo in Trump Tower, which he purchased for $3.6 million in 2006. He also owns a $1.5 million home at the BallenIsles Country Club in Palm Beach and a mansion in Bridgehampton.

Manafort also purchased a $3 million Brooklyn brownstone and a $2.8 million loft in SoHo, in addition to a 5-acre horse farm and a condo in northern Virginia.

He has other valuable assets as well. Two luxury menswear retailers testified during his trial that Manafort spent over $1.5 million on custom made clothing between 2010 and 2014 – including a $15,000 ostrich skin jacket that federal investigators photographed after raiding his home.

The owner of a Florida electronics company also testified that Manafort paid him over $2 million for electronic equipment, including audio and TV systems.

Special counsel Robert Mueller has already filed a request to seize Manafort’s property as part of the upcoming criminal charges Manafort is facing in Washington, D.C. His indictment requests that Manafort forfeit his homes in Brooklyn and SoHo. 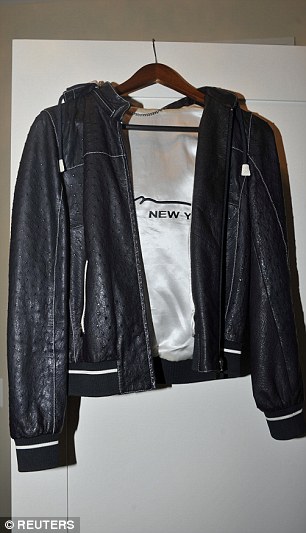 Soon-to-be for sale? Witnesses testified at his trial that he spent the money on luxury items such as $18,500 python coat from Alan Couture (left) and a $15,000 ostrich skin jacket (right) 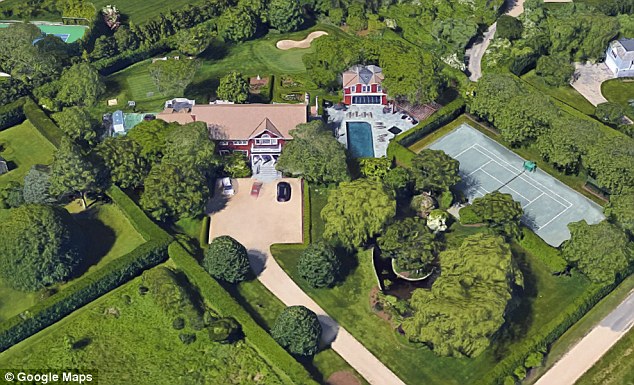 If Trump pardons Manafort, the former political consultant could avoid having his assets seized. But that won’t necessarily protect him from civil penalties associated with his tax fraud convictions.

These penalties substantially outweigh the annual taxes Manafort claimed he was unable to pay in 2015, after his lucrative consulting contracts with Ukrainian politicians dried up.

Manafort balked when he was told he would have to pay an additional $215,000 in taxes for his 2014 salary, according to emails between him and his former deputy Rick Gates.

‘WTF? How could I be blindsided like this?’ wrote Manafort after learning of the tax bill. ‘You told me you were on top of this. We need to have options. This is a disaster.’ He referred to the trial as a ‘witch hunt’

After Gates consulted with his tax preparers, Manafort disguised $900,000 of his income as a loan to reduce his tax liability.

At the time, Manafort was having serious financial problems and struggled to pay his bills, according to his personal book keeper.

Heather Washkuhn, who managed Manafort’s personal and business income and expenses from 2011 to 2018, said Manafort became delinquent on many of his bills around 2015 and didn’t have enough money in his accounts to cover them.

That was after the fall in 2014 of Viktor Yanukovych, the Ukrainian president who Manafort had advised and prosecutors had previously called his ‘cash spigot’.

Prosecutors produced emails between Manafort and Washkuhn that discussed his failure to pay home insurance, medical insurance, and property taxes, leading to threats of penalties and suspended coverage.

Washkuhn noted that on a few occasions Manafort also failed to pay her own bookkeeping fees – which she said were about $100,000 per year.

The former Trump campaign chairman had also used up his entire line of bank credit, leaving nothing left to cover his expenses, according to Washkuhn.

Manafort’s financial situation was so dire by the end of 2015 that he needed to rely on income from his daughter’s rental apartment in SoHo, New York, being put on Airbnb to pay outstanding bills.

During Manafort’s trial, IRS agent Michael Welch testified that the former Trump campaign manager neglected to report at least $16 million in income that he had stashed in offshore accounts between 2010 and 2014.

Manafort has yet to be sentenced by Judge T.S. Ellis for the eight counts of tax and bank fraud. The crimes carry a combined maximum sentence of 80 years in prison, in addition to any financial penalties the court decides to impose.