Lionel Messi forced future team-mate Paulinho to shy away from taking a free-kick during an international friendly after he asked if the Brazilian would be joining Barcelona in the future.

Just a month before Paulinho arrived at the Nou Camp, the Brazilian team squared off against Messi’s Argentina in a friendly match in Melbourne.

Brazil were awarded a free-kick in a dangerous position and, spotting Paulinho preparing to take it, Messi used the ongoing transfer speculation to his advantage.

‘I was preparing to take a free-kick with Willian and another player I do not remember,’ the Brazilian told El Periodico.

‘Suddenly, I see Messi from behind, who is approaching me little by little and he said: “Are you going to Barcelona or not?”.

‘I was so nervous that I said to Willian, “You’re taking the free-kick!”.’ 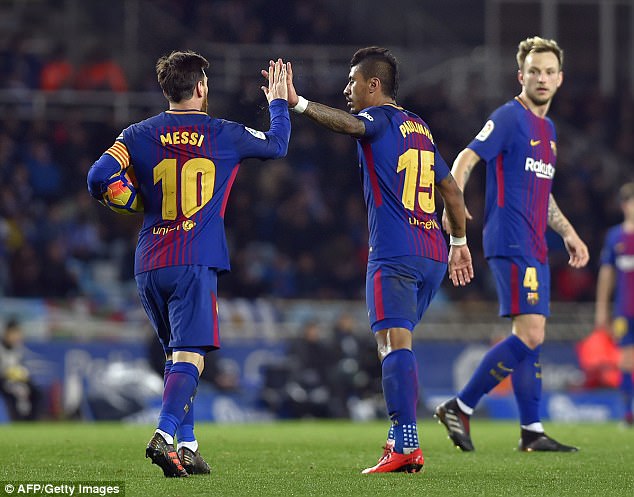 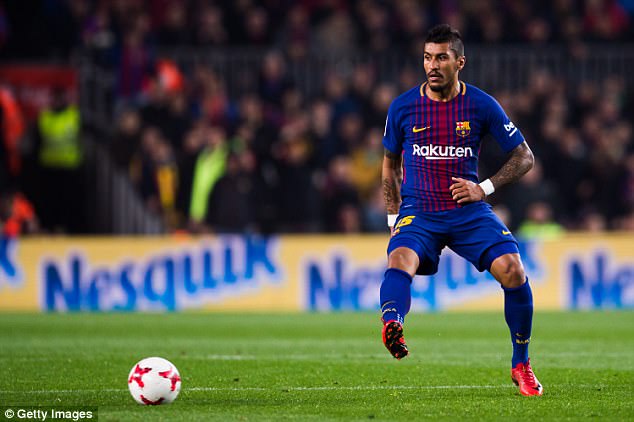 Paulinho has impressed since moving to the Nou Camp, making 41 appearances this season

Willian failed to convert the free-kick as Argentina went on to win the clash 1-0 with Gabriel Mercado scoring the winning goal.

He has since impressed for Ernesto Valverde’s side, delivering a number of impressive midfield displays and scoring eight goals in 41 appearances.