A western Sydney clan has explained that a Covid superspreader event occurred at their home because they are ‘a big family’ who were mourning a tragedy inside a cramped three-bedroom house.

About 50 people descended on the small Pendle Hill property on July 19 to mourn a 27-year-old man who had died by suicide earlier that week, despite public health orders banning such large gatherings.

The family’s need to grieve together became a superspreader event, with some 28 attendees testing positive to Covid-19 in the eight days since.

A grandmother, 85, died there on Monday afternoon after testing positive to the virus, authorities confirmed.

The wake has now been linked to six cases at a unit block in Blacktown, where residents are under police guard, as all have been deemed close contacts.

A close relative told Daily Mail Australia that there was no formal planning for a wake.

A wake was held at this Pendle Hill home on July 19, two days after the tragic death of a 27-year-old man. It became a superspreader event with 28 of 50 attendees testing positive to the virus 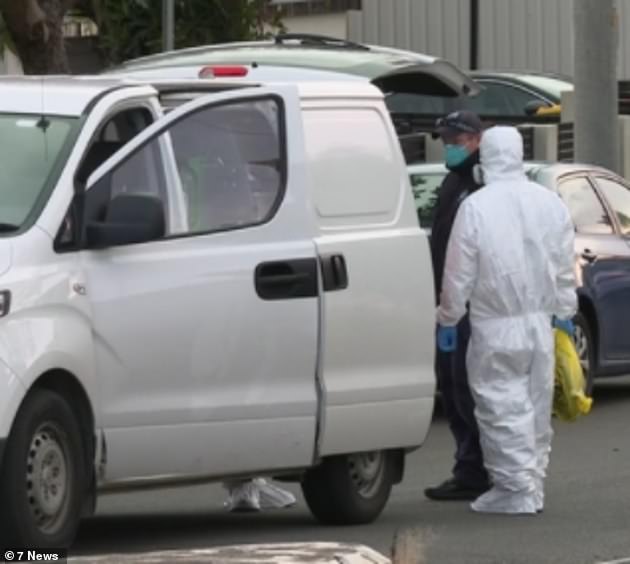 Emergency personnel in Hazmat suits are seen outside the property where the 85-year-old died of Covid on Monday afternoon. The woman had reportedly declined to be taken to hospital 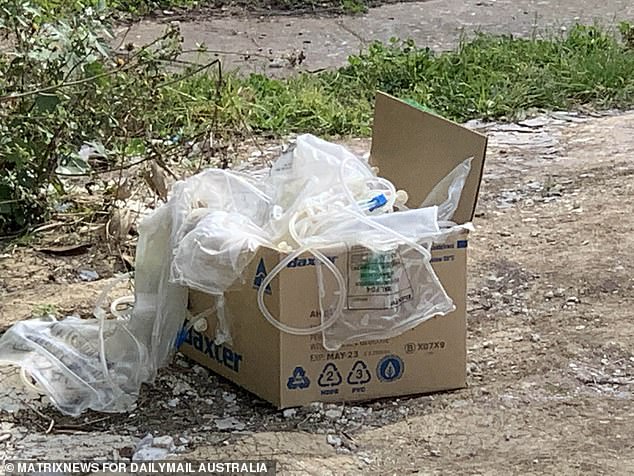 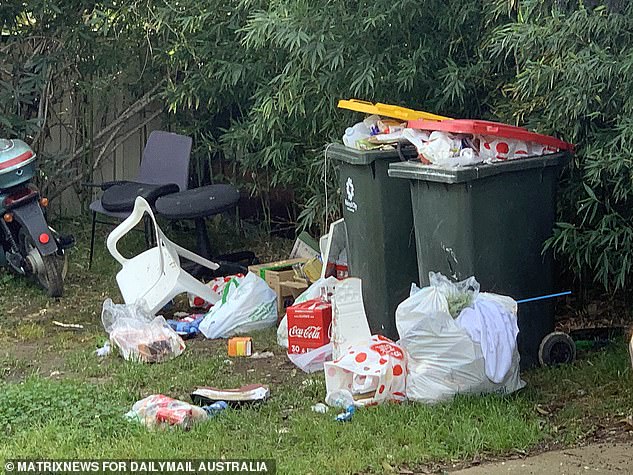 Neighbour Daryl Sadler told the Parramatta Advertiser he had seen the family grieving out the front following the young man’s death 10 days ago.

‘They were out here praying on the ground, one of them was kicking the guy’s car in,’ Mr Sadler was quoted telling the Advertiser.

‘I heard the father wailing and I saw the young guy taking his clothes off.’

NSW authorities have pointed to the superspreader incident as an example of why it had proved so difficult to quash an outbreak of Covid’s Delta variant, with households mixing in the city’s west and south-west being one of the main drivers.

On Saturday, deputy chief health officer Dr Jeremy McNulty said authorities were ‘concerned’ about the spread at the wake.

‘It’s an example of how families coming together, even in tragic times when you’re naturally grieving, can be a risk.

‘Covid can easily take hold and spread out to their households and then further afield.’ 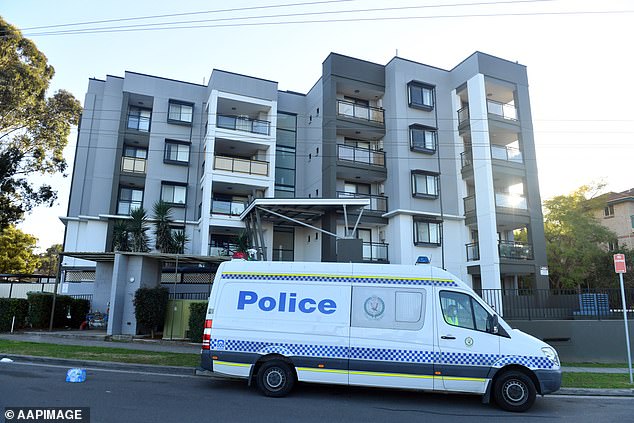 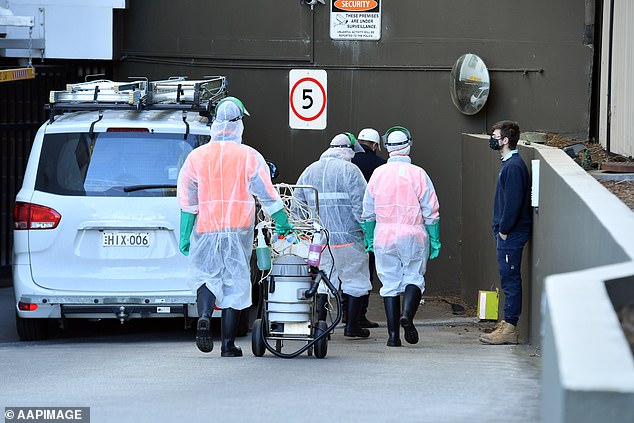 NSW reported 172 new cases on Tuesday – the highest of this outbreak so far – with 60 of the cases out in the community while infectious.

At the state government’s daily press updates this week, reporters have been told the spread is largely being seen between workplaces and households.

Premier Gladys Berejiklian said she hoped to announce as early of Wednesday the next steps in greater Sydney’s five week lockdown.

Ms Berejiklian called on Sydneysiders to get vaccinated against the virus as she rolled out a new pilot program to make the jabs available at the state’s chemists and pharmacies.

From this week, chemists can administer the AstraZeneca Covid-19 jab to all NSW residents over the age of 40 as part of a pilot program to boost vaccination rates across the state. 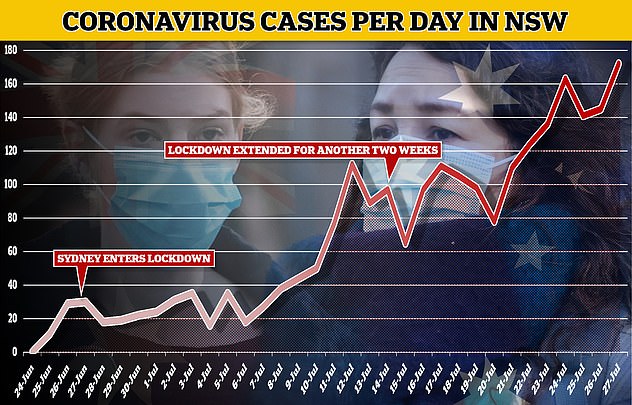 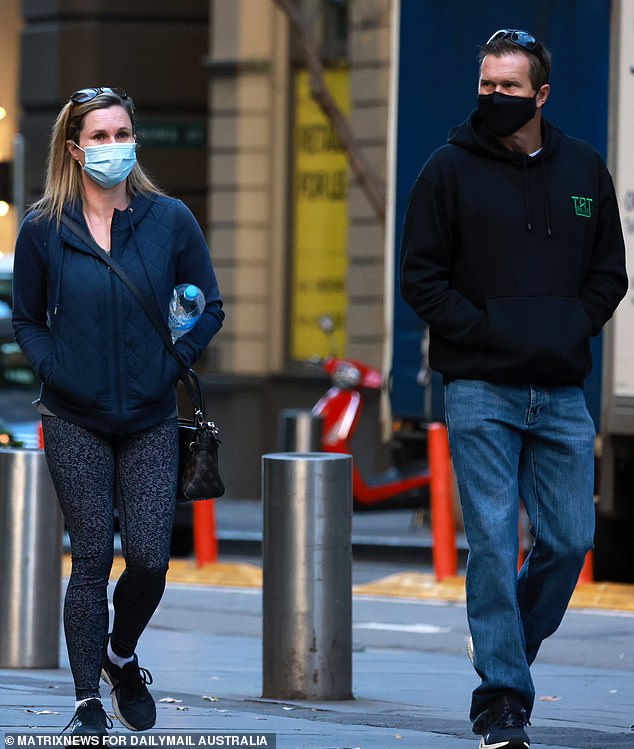 ‘My message to everybody is please come forward and get the vaccine,’ Ms Berejiklian said.

‘Not only are you protecting yourself but you’re protecting those closest to you.’

The announcement came after it emerged authorities could split Sydney in half to contain the outbreak by tightening lockdowns in the virus-ravaged south-west and west while easing restrictions elsewhere to allow businesses to reopen.

The NSW government held a five-hour crisis cabinet meeting on Monday to decide whether to strengthen restrictions only in areas hit hardest by the virus – such as Fairfield, Canterbury-Bankstown and Liverpool.

There were also conversations about whether to ease public health orders for the Northern Beaches, Wollongong and Shellharbour – all of which have not seen any new cases in about a month.