TV personality Penny Lancaster has revealed that her eldest son is bullied by other children because his father is Rod Stewart.

The star of ITV’s Loose Women, who is married to the rock star, spoke at the start of anti-bullying week to discuss how her son had been through ‘a little bit of bullying’ and that his peers would say things about his father.

Penny said that all of Rod’s eight children have experienced bullying for Rod’s fame.

Penny, 47, revealed that Alastair, 12, did not like to be taken to school in one of their expensive cars and preferred to be driven in his nanny’s car.

Happy family: TV personality Penny Lancaster her husband Rod Stewart and their children Alastair, 12, and and Aiden, seven. Penny has revealed that her eldest son is bullied by other children because of his father’s fame

The former model comforts her son Alistair the same way her parents did with her by explaining that people bully because they are ‘not happy’.

She tells her son: ‘You are tall, polite, handsome. You have got your arts scholarship. You are a brilliant sportsman. They are jealous – rise above it.’

Penny was bullied on and off by her peers until she was 16 at Beal High School in Redbridge, east London.

Taunts by pupils included riding bikes into the back of her legs, messing up her hair and having rubbers thrown at her head.

On the last day of school children poured flour and eggs over her as she tried to protect a friend. She decided to tell her head teacher to explain why her uniform was ruined, and he made the bullies pay for her coat to be cleaned.

Penny told Sian Griffiths of The Sunday Times: ‘…I was neatly presented. I didn’t swear, so they thought I was snobby.’ 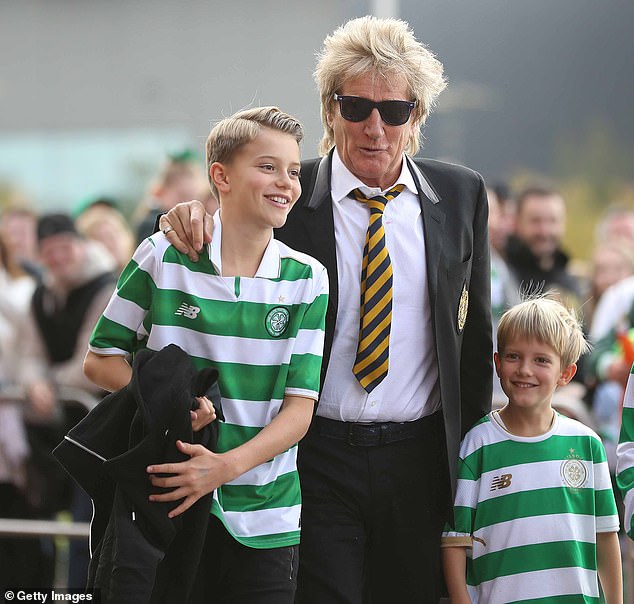 Rod with his children. Penny revealed that Alastair, 12, did not like being taken to school in one of their expensive cars 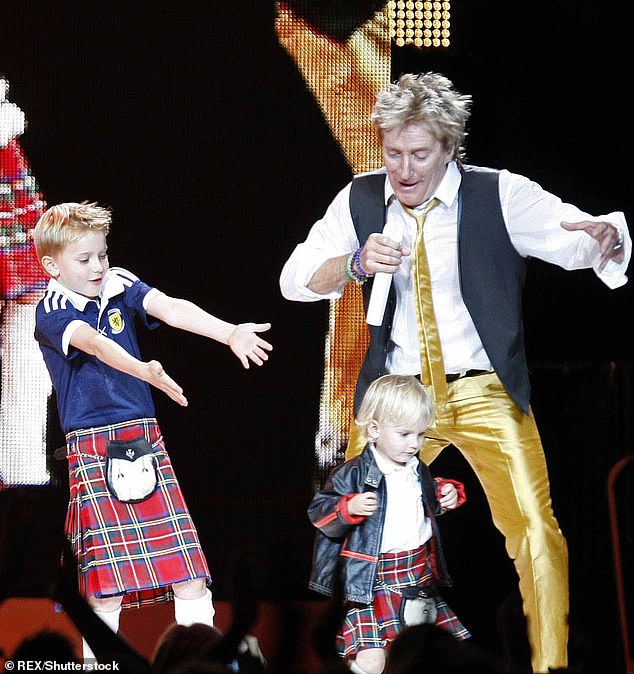 Rod with his sons at a concert in Glasgow. Penny comforts her son Alistair the same way her parents did with her by explaining that people bully because they are ‘not happy’

Penny was diagnosed with dyslexia last year and encouraged her son Alastair to get tested, who also turned out to have it too.

Penny said that Alastair was initially embarrassed by his dyslexia diagnosis and it took some persuasion to convince him that it wasn’t a bad thing.

She said: ‘I explained it as like a gold handicap and now he has got his head around, and he’s lucky it’s been picked up on unlike my experience eat school.’ 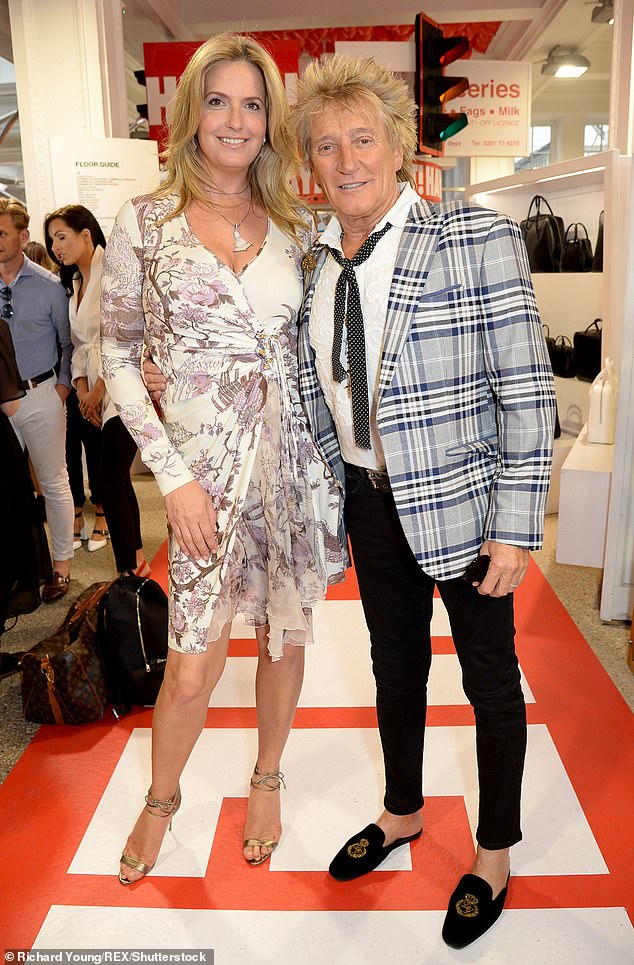 Penny husband Rod recently revealed why they had decided to bring up their children in England and not Los Angeles.

Rod, 73 spent decades living in LA but has now returned to England, where he resides at a country estate with wife Penny Lancaster and their two sons.

In an interview with 60 Minutes on Sunday, the Maggie May hit-maker revealed why he wants to raise his youngest boys, Alistair, and Aiden, seven, in the United Kingdom.

‘I want my kids (Alistair and Aiden) to be brought up in this country. They love it here, they don’t want to go back to L.A.,’ he explained.

‘It’s probably because I’ve seen, with kids being brought up in Beverly Hills, a lot of damage.’