Pensioner, 73, ‘shouted at mother then deliberately drove her car into pram with a nine-month-old baby inside to nudge it off pedestrian crossing when the lights turned green’

An impatient pensioner drove her car into a pram with a nine-month-old baby inside at a pedestrian crossing, a court heard today.

Joyce Jenkins, 73, is accused of ‘nudging’ the buggy off the Swansea dual carriageway after the traffic lights went green just before rush hour in April last year.

Keranne Jones, 26, was walking alongside her mother-in-law Amanda Rowe as she pushed her baby daughter Amelia along in the pram that day.

Crossing it together they even stopped to ensure Jenkins had seen them in her blue Ford Fiesta, the hearing was told.

But after the elderly motorist started pointing at the lights and shouting, she drove into them and pushed them off the road, prosecutors told Swansea Crown Court.

Jenkins, who passed her driving test 42 years ago and has always had a clean licence, claims she didn’t see the family and they were the ones shouting at her.

Miss Jones told the hearing: ‘The blue car started edging forward. I stopped the pram just in case the driver didn’t see me.’

She claimed she was following an elderly man who was already at the crossing when she arrived and the ‘green man’ was showing at the time.

But as she reached the middle of the crossing the green light started flashing and Jenkins started inching forward – eventually coming into contact with the pram and ‘nudging’ it off the road.

She said she was ‘shocked’ but made a note of its number plate before reporting Jenkins to police.

Miss Jones denied she had ‘taken a chance’ with the lights only to be stranded in the middle of the road when the traffic moved off.

She said: ‘I was crossing properly.’

But great-grandmother Jenkins claimed she stopped as soon as she saw the family in the road and denies dangerous driving.

She told the court how she was driving her 93-year-old mother home from a shopping trip that day.

Defending, Derek Perry asked the her: ‘If you had seen anybody, let alone two ladies with a pram on the crossing, would you have driven forward?’ 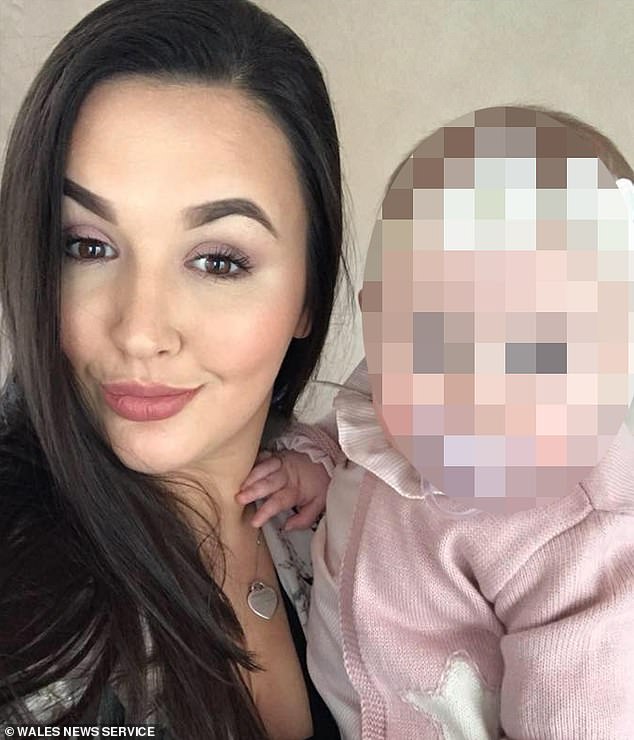 Jenkins is accused of driving her Ford Fiesta towards Keranne Jones, 26, and her baby daughter Amelia, nine months (pictured together), and ‘nudging the child’s pram off the road

She told the court she saw the lights turn green and started to pull forward but stopped when she saw the women.

She said: ‘When the lights changed to green I took my foot off the brake and the clutch and started to move forward.

‘I had moved about half a wheel of a car forward. I saw a lady with a baby on my near side front of my car so I immediately stopped. I saw her from the front windscreen.

‘She was was angry and she was shouting but I could not hear what she was saying because my car window was closed.

‘I was alright but I was just shocked. I was a bit angry but just a little bit.

‘To be honest with you I thought she was very silly to come onto the road with a baby in a pram when her lights must have been against her. That was my opinion.’

Jenkins said she would have seen Miss Jones if she had entered the crossing at the correct kerb.

In a response letter to police over the alleged incident, Jenkins said at no point did she make contact with the pram or people crossing. 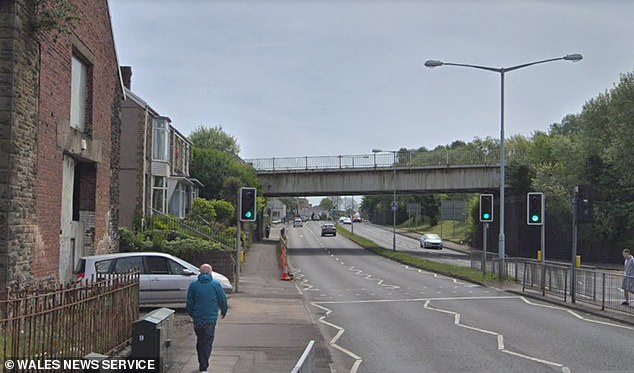