Pepe Reina has graced some of the biggest clubs in the world, winning a World Cup and playing in a Champions League final, but insists keeping Aston Villa in the Premier League will rank alongside any of his best experiences.

‘I was talking about this to some of the lads the other day,’ said the 37-year-old goalkeeper signed on loan from AC Milan in January.

‘If we do it and we are finally safe, I will consider this one of the greatest successes in my career. 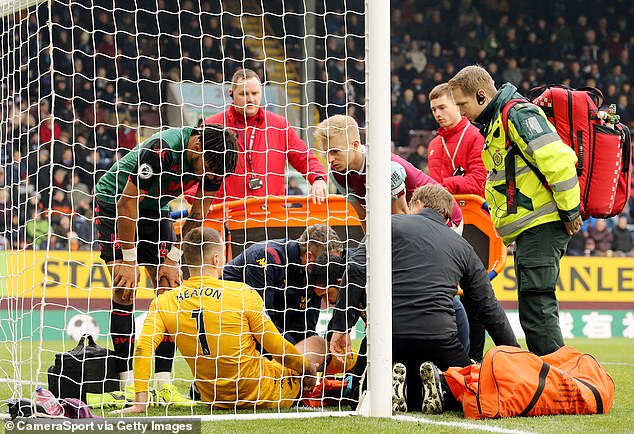 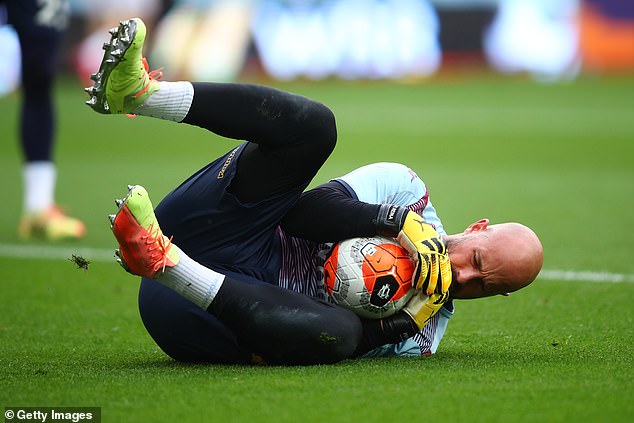 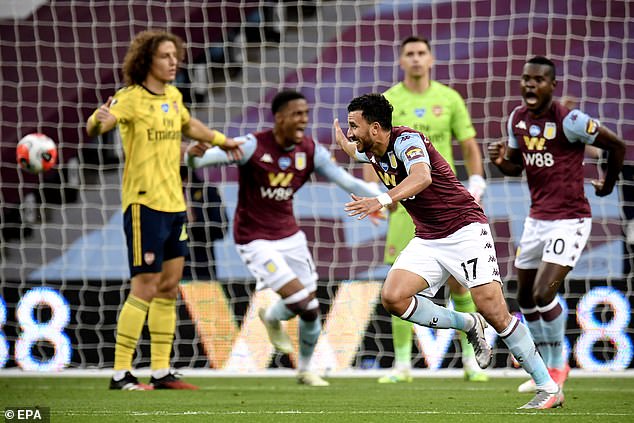 ‘It is so meaningful for me. I’ve been lucky enough to play for trophies but I was brought to Villa to help and I’ve felt a big responsibility these six long months.

‘With age, you feel the pressure even more because of what people expect from you. I don’t want to let them down, simple as that.

‘I can’t wait to get to that final whistle and see us stay in the Premier League. It will be right up there with anything I’ve achieved.’

Reina, who knows Villa chief executive Christian Purslow from their time together at Liverpool, answered an SOS at the start of the year when Villa lost goalkeeper Tom Heaton to a knee injury.

After playing with Barcelona, Liverpool, Bayern Munich, Napoli and AC Milan, nobody would have blamed him for treating a survival scrap as a step down, particularly when lockdown prolonged the schedule.

But the Spaniard has proved a wonderful insurance policy during Villa’s troubled season, adding experience and calm to an inexperienced squad captained by 24-year-old Jack Grealish.

Just a fortnight ago, they were seven points from safety with four games left. They’ve since beaten Crystal Palace and Arsenal and drawn with Everton to join Watford on 34 points.

If Villa win at West Ham today, they will be safe unless Watford unexpectedly beat Arsenal away by a greater margin. Even a draw will be good enough if the Hornets don’t win.

‘We’ve done the hardest job now, which was to drag ourselves out of the relegation zone,’ added Reina.

‘Now it’s about defending what we already have. One more win will do. Since lockdown finished, we have been more prepared and compact than others.

‘We just need the same mentality and keep that momentum going. Focus on the performances we’ve had in the last weeks.’

Purslow has described relegation as a ‘£200 million catastrophe’. 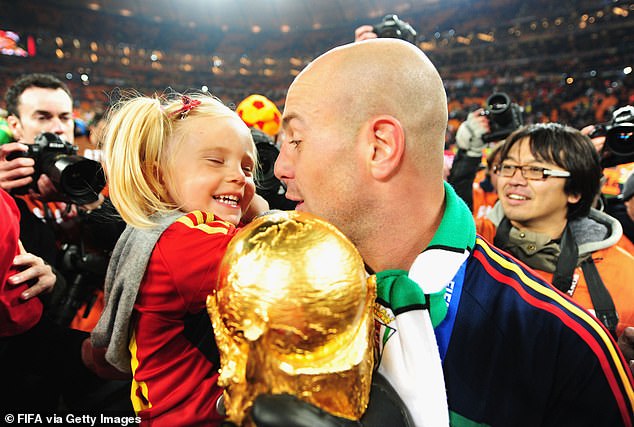 One image that will sum up Villa’s survival was Reina kissing the ball in relief after Arsenal had struck the post and it bounced into his arms on Tuesday. ‘The future is at stake here,’ says Reina. ‘I have, what, a couple of years left in my career but for the boys it means a hell of a lot, that different status as a Premier League player. It will put the club on the right path for the next few years.

‘I think it was the first time I’ve kissed the ball this season. That was relief. Ten years ago, Arsenal hit the post against me for Liverpool and it went in. That is what we were talking about, the feeling about not letting people down. Don’t mess it up.

‘When things are going well and you have an extra bit of luck, you take it. We will take anything on Sunday.

‘I have a winning mentality. Fighting for the titles is good but this is the pressure of fighting for our lives, to save the club.

‘The gaffer, Dean Smith, has been working his socks off the whole time. Credit to him because we have won games by set-pieces, something you need to work on, and we certainly did. This is also one more game for him to maintain that Premier League status and he can pretty much look forward as our leader.’ 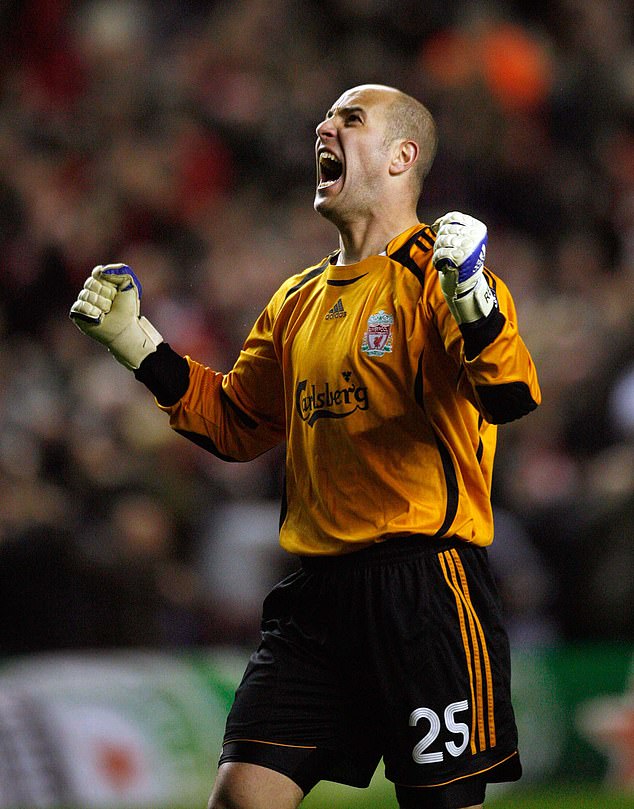 Reina’s autobiography, published when he played for Liverpool and was part of Spain’s 2010 World Cup-winning squad, revealed a long list of superstitions including filling up with petrol at the same garage before every home game.

He claims that he has been cutting down with age, though admits to keeping a few of the same pre-match rituals.

It should please him that West Ham provide happy memories from the 2006 FA Cup final when Reina saved three penalties in the shootout to help his Liverpool side lift the trophy.

That day competes with the Champions League semi-final win against Chelsea — whose team included Villa coach John Terry — as his finest overall experience in England so far.

But that was before today’s game, which could make or break Villa’s future.

Watford caretaker manager Hayden Mullins has backed his players to focus on the job at hand when they travel to Arsenal today looking to secure their Premier League status.

They are 18th in the table and need to better Aston Villa’s result at West Ham to stand any chance of avoiding relegation.

Mullins took charge last weekend following the shock departure of Nigel Pearson but a 4-0 thrashing by Manchester City, coupled with Aston Villa’s win over Arsenal, means Watford face the Gunners knowing their fate is no longer in their own hands.

But Mullins said: ‘Once the game starts, as a professional player a lot of the emotion and what goes on outside of that goes away.’ 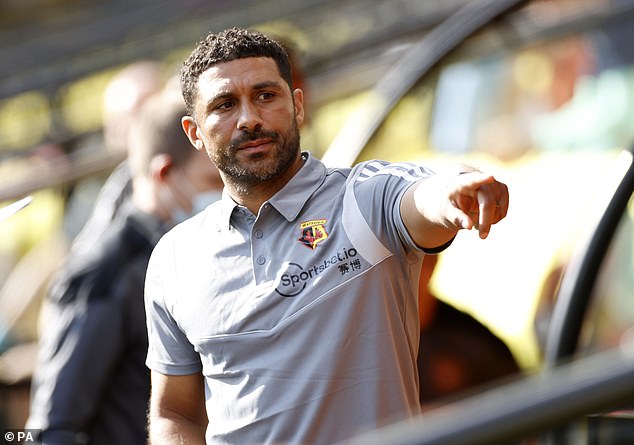 Eddie Howe spurned the temptation to support local clubs Wycombe and Watford as a boy and instead chose Everton.

The stark reality of Bournemouth’s plight this season is that today’s trip to Goodison Park could result in their five-season stay in the Premier League coming to an end.

Nothing but victory will do for the Bournemouth manager but even three points may not be enough, with the club reliant on favours elsewhere.

But Howe can draw inspiration from Everton’s great escape in 1994 following a last-day victory over Wimbledon and said: ‘There have been so many last-day escapes down the years. Why can’t we be one of those?’ 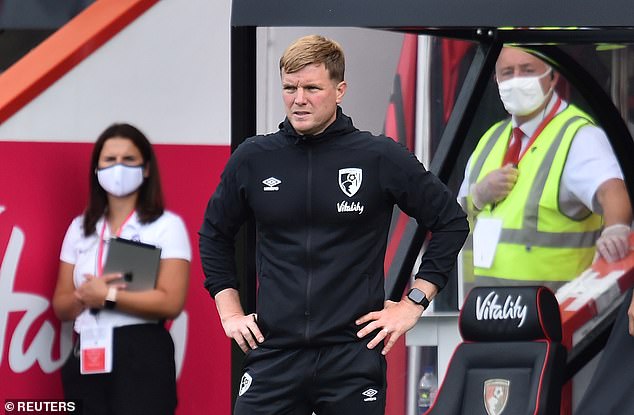